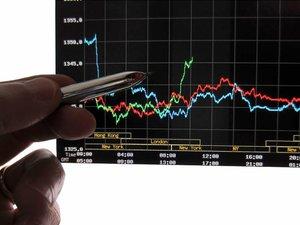 Many investors still view gold as a safe-haven investment, but there remains much confusion regarding the extent to which the gold market is vulnerable to manipulation through short-term rigged market trades, and long-arm central bank interventions. First, it remains unclear whether or not much of the gold that is being sold as shares and in certificates actually exists. Second, paper gold can theoretically be printed into infinity just like regular currency — although private-sector paper-gold sellers have considerably less leeway in this regard than central banks. Third, new electronic gold pricing — replacing, as of this past February, the traditional five-bank phone-call of the London Gold Fix in place since 1919 — has not necessarily proved a more trustworthy model. Fourth, there looms the specter of the central bank, particularly in the form of volume trading discounts that commodity exchanges offer them.

The Complex World of Gold Investments

The question of rigging has been brought to media attention in the past few months when ten banks came under investigation by the US Commodity Futures Trading Commission (CFTC) and the US Department of Justice in price-manipulation probes. Also around that time, the Swiss regulator FINMA settled a currency manipulation case in which UBS was accused of trading ahead of silver-fix orders. Then, the UK Financial Conduct Authority, which regulates derivatives, ordered Barclays to pay close to $45 million in fines against a trader who artificially suppressed the price of gold in 2012 to avoid payouts to clients. Such manipulations are not limited to the precious-metals market: in November of last year, major banks had to pay several billion dollars in fines related to the rigging of foreign-exchange benchmarks, including LIBOR and other interest-rate benchmarks.

These cases followed on the heels of a set of lawsuits in May 2014 filed in New York City in which twenty-five plaintiffs consisting of hedge funds, private citizens, and public investors (such as pension funds) sued HSBC, Barclays, Deutsche Bank, Bank Scotia, and Société Génerale (the five traditional banks of the former London Gold Fix) on charges of rigging the precious-metals and foreign-exchange markets. "A lot of conspiracy theories have turned out to be conspiracy fact," said Kevin Maher, a former gold trader in New York who filed one of the lawsuits that May, told The New York Times.

Central Banks at the Center of Gold Markets

The lawsuits were given more prominence with the introduction of the London Bullion Market Association (LBMA) on February 20, 2015. The new price-fixing body was established with seven banks: Goldman Sachs, J.P. Morgan, UBS, HSBC, Barclays, Bank Scotia and Société Génerale. (On June 16, the Bank of China announced, after months of speculation, that it would join.)

While some economists have deemed the new electronic fix a good move in contrast to behind-closed-door, phoned-in price-fixing, others beg to differ. Last year, the commodities exchange CME Group came under scrutiny for allowing volume trading discounts to central banks, raising the question of how "open" electronic pricing really is. Then, too, the LBMA is itself not a commodities exchange but an Over-The-Counter (OTC) market, and does not publish — does not have to publish — comprehensive data as to the amount of metal that is traded in the London market.

According to Ms. Ruth Crowell, the chairman of LBMA, writing in a report to that group: "Post-trade reporting is the material barrier preventing greater transparency on the bullion market." In the same report, Crowell states: "It is worth noting that the role of the central banks in the bullion market may preclude 'total' transparency, at least at the public level." To its credit, the secretive London Gold Fix (1919–2015) featured on its website tracking data of the daily net volume of bars traded and the history of gold trades, unlike current available information from the LBMA as one may see here (please scroll down for charts).

The Problem with Paper Gold

There is further the problem of what is being sold as "paper" gold. At first glance, that option seems a good one. Gold exchange-traded funds (ETFs), registered with The New York Stock Exchange, have done very well over the past decade and many cite this as proof that paper gold, rather than bars in hand, is just as sure an investment. The dollar price of gold rose more than 15.4 percent a year between 1999 and December 2012 and during that time, gold ETFs generated an annual return of 14 percent (while equities registered a loss).

As paper claims on trusts that hold gold in bank vaults, ETFs are for many, preferable to physical gold. Gold coins, for instance, can be easily faked, will lose value when scratched, and dealers take high premiums on their sale. The assaying of gold bars, meanwhile, with transport and delivery costs, is easy for banking institutions to handle, but less so for individuals. Many see them as trustworthy: ETF Securities, for example, one of the largest operators of commodity ETFs with $21 billion in assets, stores their gold in Zurich, rather than in London or Toronto. These last two cities, according to one official from that company, "could not be trusted not to go along with a confiscation order like that by Roosevelt in 1933."

Furthermore, shares in these entities represent only an indirect claim on a pile of gold. "Unless you are a big brokerage firm," writes economist William Baldwin, "you cannot take shares to a teller and get metal in exchange." ETF custodians usually consist of the likes of J.P. Morgan and UBS who are players on the wholesale market, says Baldwin, thus implying a possible conflict of interest.

Government and Gold After 1944: A Love-Hate Relationship

Still more complicated is the love-hate relationship between governments and gold. As independent gold analyst Christopher Powell put it in an address to a symposium on that metal in Sydney, October 2013: "It is because gold is a competitive national currency that, if allowed to function in a free market, will determine the value of other currencies, the level of interest rates and the value of government bonds." He continued: "Hence, central banks fight gold to defend their currencies and their bonds."

It is a relationship that has had a turbulent history since the foundation of the Bretton Woods system in 1944 and up through August 1971, when President Nixon declared the convertibility of the dollar to gold suspended. During those intervening decades, gold lived a kind of strange dual existence as a half state-controlled, half free market-driven money-commodity, a situation that Nobel Prize economist Milton Friedman called a "real versus pseudo gold standard."

The origin of this cumbersome duality was the post-war two-tiered system of gold pricing. On the one hand, there was a new monetary system that fixed gold at $35 an ounce. On the other, there was still a free market for gold. The $35 official price was ridiculously low compared to its free market variant, resulting in a situation in which IMF rules against dealing in gold at "free" prices were circumvented by banks that surreptitiously purchased gold from the London market.

The artificial gold price held steady until the end of the sixties, when the metal's price started to "deny compliance" with the dollar. Still, monetary doctrine sought to keep the price fixed and, at the same time, to influence pricing on the free market. These attempts were failures. Finally, in March 1968, the US lost more than half its reserves, falling from 25,000 to 8,100 tons. The price of other precious metals was allowed to move freely.

Gold Retreats Into the Shadows

Meawhile, private hoarding of gold was underway. According to The Financial Times of May 21, 1966, gold production was rising, but it was not going to official gold stocks. This situation, in turn, fundamentally affected the gold clauses of the IMF concerning repayments in currency only in equal value to the gold value of such at the time of borrowing. This led to a rise in "paper gold planning" as a substitution for further increases in IMF quotas. (Please see "The Paper Gold Planners — Alchemists or Conjurers?" in The Financial Analysts Journal, Nov–Dec 1966.)

By the late 1960s, Vietnam, poverty, the rise in crime and inflation were piling high atop one another. The Fed got to work doing what it does best: "Since April [1969]," wrote lawyer and economist C. Austin Barker in a January 1969 article, "The US Money Crisis," "the Fed has continually created new money at an unusually rapid rate." Economists implored the IMF to allow for a free market for gold but also to set the official price to at least $70 an ounce. What was the upshot of this silly system? That by 1969 Americans were paying for both higher taxes and inflation. The rest, as they might say, is the history of the present.

Today, there is no “official” price for gold, nor any “gold-exchange standard” competing with a semi-underground free gold market. There is, however, a material legacy of “real versus pseudo” gold that remains a terrible menace. Buyer beware of the pivotal difference between the two.