The Cause That Won't Go Away 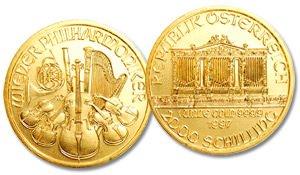 The first conference hosted by the Mises Institute was on the gold standard. How well I can recall the names we were called in Washington, DC. Reactionaries, Neanderthals, irrelevant to the modern debate, worshippers of a barbarous relic, throwbacks, pipe dreamers, and the rest: all designed to make us shut up about the most important issue in modern political life.

But we cannot afford to shut up, and the desire of so many agents of the regime to change the subject only proves its importance. So long as government can fund itself by printing paper, it will continue to wreck the economy and our freedom. It is the most critical tool Leviathan has, so it is the most important one to take away.

We held our conference, and a book came out of it that is still in print: The Gold Standard: Perspectives in the Austrian School.

Here we are twenty-five years later, and the issue is back, even as the topic of public conversation.

I thought of this when I watched a C-Span interview with Professor Joseph Salerno, who has taught and written so much on monetary policy for the Mises Institute. Many thousands watched this live and then again on the Internet. This type of public education is enormously valuable. The most important single step we can take is to say what's true. Through this one step the topic remains a living presence in the intellectual culture of the country.

Of course, Ron Paul did heroic work this year and last — as he has throughout his career — in constantly reminding people of the need to discuss foundational issues of monetary policy. His work led many people to look up further resources. And what do they find? They find essays and books by Rothbard, Mises, de Soto, and so many others on Mises.org. Here is the world center of good intellectual work on the gold standard.

It took all these years to put together this treasury of writings. We did it, under the inspiration of Murray Rothbard, while hardly anyone else cared about it, or bitterly opposed it. Generous donors supported us in this cause when it was unpopular to do so. But because of the resources devoted to it, these works are all available when they are needed most. This is what it means to do entrepreneurial intellectual work. You write and talk about principles during times when people say what you are doing is ridiculous. Only later is your work seen as visionary.

Why is the gold standard back again as a topic of debate? Well, we might start by looking at what is happening to prices. The increases are intolerable for the American consumer. They are hitting in the worst way, and countering the good trends toward falling prices in sectors such as electronics and imported goods. For years, price increases have crept along in ways that did not alarm people, but sticker shock has recently led many to ask serious questions. The problem of the falling dollar has impeded imports and travel, and disrupted investment plans internationally.

Popular fears of a long and deep recession are growing. Everyone knows that this has something to do with the oil-price shock as well as the housing bust, but precisely how is not well known. Monetary policy figures into the mix in an important way.

Meanwhile, even the mainstream press is shocked at the machinations of Ben Bernanke's Federal Reserve, as it resorts to every means not only to print new money, but to force it into the banking system through bribes and trickery.

There is finally the problem of an out-of-control government. No one is in a position to restrain the president, the Congress, or the courts so long as the dollar is as printable as paper. Matters of fiscal policy become purely illusory. This is the most dishonest form of finance there is. It makes a mockery of elections, debates, budgets, and just about every other aspect of government.

In the end, the strongest case for the gold standard isn't limited to economic matters. It is a guardian of freedom itself — a point that Alan Greenspan once made in his writing, under the influence of Ludwig von Mises, the 20th century's great gold advocate along with his leading student, Rothbard.

People have lots of questions about how to restore gold as money. These are all fascinating, but my whole experience here tells me that the resistance to radical reform has nothing to do with such technical details. People suspect that the gold standard would disempower the nation-state as we know it, including its ability to wage endless wars. To me, this is the strongest case for reform. If we want freedom and peace, the gold standard is the topic that cannot and will not die.