GET NEWS AND ARTICLES IN YOUR INBOXPrint
A
A
Home | Mises Library | Calvinists and Catholics Debate: Consumption vs. Saving 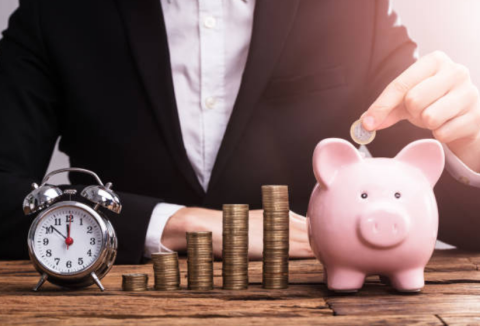 John Calvin's social and economic views closely parallel Luther's, and there is no point in repeating them here. There are only two main areas of difference: their views on usury, and on the concept of the "calling," although the latter difference is more marked for the later Calvinist Puritans of the 17th century.

Calvin's main contribution to the usury question was in having the courage to dump the prohibition altogether.

This son of an important town official had only contempt for the Aristotelian argument that money is sterile. A child, he pointed out, knows that money is only sterile when locked away somewhere; but who in their right mind borrows to keep money idle? Merchants borrow in order to make profits on their purchases, and hence money is then fruitful.

As for the Bible, Luke's famous injunction only orders generosity towards the poor, while Hebraic law in the Old Testament is not binding in modern society. To Calvin, then, usury is perfectly licit, provided that it is not charged in loans to the poor, who would be hurt by such payment. Also, any legal maximum of course must be obeyed. And finally, Calvin maintained that no one should function as a professional moneylender.

The odd result was that hedging his explicit pro-usury doctrine with qualification, Calvin in practice converged on the views of such Scholastics as Biel, Summenhart, Cajetan, and Eck. Calvin began with a sweeping theoretical defense of interest taking and then hedged it about with qualifications; the liberal Scholastics began with a prohibition of usury and then qualified it away. But while in practice the two groups converged and the Scholastics, in discovering and elaborating upon exceptions to the usury ban, were theoretically more sophisticated and fruitful, Calvin's bold break with the formal ban was a liberating breakthrough in Western thought and practice. It also threw the responsibility for applying teachings on usury from the Church or state to the individual's conscience. As Tawney puts it, "The significant feature in his [Calvin's] discussion of the subject is that he assumes credit to be a normal and inevitable incident in the life of a society."1

A more subtle difference, but in the long run perhaps having more influence on the development of economic thought, was the Calvinist concept of the "calling." This new concept was embryonic in Calvin and was developed further by later Calvinists, and especially Puritans, in the late 17th century. Older economic historians, such as Max Weber, made far too much of the Calvinist as against Lutheran and Catholic conceptions of the "calling." All these religious groups emphasized the merit of being productive in one's labor or occupation, one's "calling" in life. But there is, especially in the later Puritans, the idea of success in one's calling as a visible sign of being a member of the elect. The success is striven for, of course, not to prove that one is a member of the elect destined to be saved but, assuming that one is in the elect by virtue of one's Calvinist faith, to strive to labor and succeed for the glory of God. A Calvinist emphasis on postponement of earthly gratification led to a particular stress on saving. Labor or "industry" and thrift, almost for their own sake, or rather for God's sake, were emphasized in Calvinism much more than in the other segments of Christianity.2

The focus, then, both in Catholic countries and in Scholastic thought, became very different from that of Calvinism. The Scholastic focus was on consumption, the consumer, as the goal of labor and production. Labor was not so much a good in itself as a means toward consumption on the market. The Aristotelian balance, or golden mean, was considered a requisite of the good life, a life leading to happiness in keeping with the nature of man. And that balanced life emphasized the joys of consumption, as well as of leisure, in addition to the importance of productive effort.

In contrast, a rather grim emphasis on work and on saving began to be stressed in Calvinist culture. This de-emphasis on leisure of course fitted with the iconoclasm that reached its height in Calvinism — the condemnation of the enjoyment of the senses as a means of expressing religious devotion. One of the expressions of this conflict came over religious holidays, which Catholic countries enjoyed in abundance. To the Puritans, this was idolatry; even Christmas was not supposed to be an occasion for sensate enjoyment.

There has been considerable dispute over the "Weber thesis," propounded by the early-20th-century German economic historian and sociologist, Max Weber, which attributed the rise of capitalism and the Industrial Revolution to the late Calvinist concept of the calling and the resulting "capitalist spirit." For all its fruitful insights, the Weber thesis must be rejected on many levels. First, modern capitalism, in any meaningful sense, begins not with the Industrial Revolution of 18th and 19th centuries but, as we have seen, in the Middle Ages and particularly in the Italian city-states. Such examples of capitalist rationality as double-entry bookkeeping and various financial techniques begin in these Italian city-states as well. All were Catholic.

Indeed, it is in a Florentine account book of 1253 that there is first found the classic procapitalist formula: "In the name of God and of profit."

No city was more of a financial and commercial center than Antwerp in the 16th century, a Catholic center. No man shone as much as financier and banker as Jacob Fugger, a good Catholic from southern Germany. Not only that: Fugger worked all his life, refused to retire, and announced that "he would make money as long as he could." A prime example of the Weberian "Protestant ethic" from a solid Catholic! And we have seen how the Scholastic theologians moved to understand and accommodate the market and market forces.

On the other hand, while it is true that Calvinist areas in England, France, Holland, and the North American colonies prospered, the solidly Calvinist Scotland remained a backward and undeveloped area, even to this day.3

But even if the focus on calling and labor did not bring about the Industrial Revolution, it might well have led to another outstanding difference between Calvinist and Catholic countries — a crucial difference in the development of economic thought. Professor Emil Kauder's brilliant speculation to this effect will inform the remainder of this work. Thus Kauder:

Calvin and his disciples placed work at the center of their social theology … All work in this society is invested with divine approval. Any social philosopher or economist exposed to Calvinism will be tempted to give labor an exalted position in his social or economic treatise, and no better way of extolling labor can be found than by combining work with value theory, traditionally the very basis of an economic system. Thus value becomes labor value, which is not merely a scientific device for measuring exchange rates but also the spiritual tie combining Divine Will with economic everyday life.4

In their extolling of work, the Calvinists concentrated on systematic, continuing industriousness, on a settled course of labor. Thus the English Puritan divine Samuel Hieron opined that "He that hath no honest business about which ordinarily to be employed, no settled course to which he may betake himself, cannot please God."

Particularly influential was the early-17th-century Cambridge University academic, the Rev. William Perkins, who did much to translate Calvinist theology into English practice. Perkins denounced four groups of men who had "no particular calling to walk in": beggars and vagabonds; monks and friars; gentlemen who "spend their days in eating and drinking"; and servants, who allegedly spent their time waiting. All these were dangerous because unsettled and undisciplined. Particularly dangerous were wanderers, who "avoided the authority of all." Furthermore, believed Perkins, the "lazy multitude was always inclined … to popish opinions, always more ready to play than to work; its members would not find their way to heaven."5

In contrast to the Calvinist glorification of labor, the Aristotelian-Thomist tradition was quite different:

Instead of work, moderate pleasure-seeking and happiness form the center of economic actions, according to Aristotelian and Thomistic philosophy. A certain balanced hedonism is an integrated part of the Aristotelian theory of the good life. If pleasure in a moderate form is the purpose of economics, then following the Aristotelian concept of the final cause, all principles of economics including valuation must be derived from this goal. In this pattern of Aristotelian and Thomistic thinking, valuation has the function of showing how much pleasure can be derived from economic goods.6

Hence, Great Britain, heavily influenced by Calvinist thought and culture, and its glorification of the mere exertion of labor, came to develop a labor theory of value, while France and Italy, still influenced by Aristotelian and Thomist concepts, continued the Scholastic emphasis on the consumer and his subjective valuation as the source of economic value. While there is no way to prove this hypothesis conclusively, the Kauder insight has great value in explaining the comparative development of economic thought in Britain and in the Catholic countries of Europe after the 16th century.