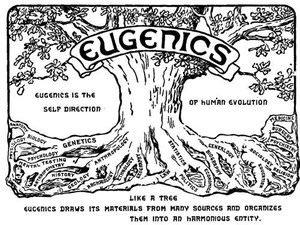 Progressives have a way with words that is truly impressive. Perhaps it started when they stole the word liberal from libertarians and since has snowballed out of control. From “social justice” to “pro-choice” (except with light bulbs) to various “isms” to describe their opponents, progressives are experts at such linguistic feats. And while conservatives and even libertarians unfortunately use many trite phrases in place of an argument as well, progressives are the all-time champions. The best proof of this is the term progressive and their excessive use of it when referring to everything they support as being progressive and everything they oppose as more or less reactionary. This simple dichotomy is a pleasant fiction for those who like their politics boiled down to the most unsophisticated, partisan blather. However, the idea of progress coming on some gradient between reactionary conservative or libertarian and progressive liberal is blatantly fallacious.

Assuming progress is one way and reaction the other is a kind of two-dimensional thinking that breaks down very quickly. For example, the progressives of the early twentieth century generally believed things that would abhor progressives of today. Those progressives were the ones who rammed through Prohibition against those “economic conservatives who ... pushed so hard for repeal”1 as historian Daniel Okrent put it. The famous progressive William Jennings Bryan was a staunch supporter of Prohibition. As his biographer Paolo Coletta noted,

Bryan epitomized the prohibitionist viewpoint: Protestant and nativist, hostile to the corporation and the evils of urban civilization, devoted to personal regeneration and the social gospel, he sincerely believed that prohibition would contribute to the physical health and moral improvement of the individual, stimulate civic progress, and end the notorious abuses connected with the liquor traffic.2

Sounds like a modern day drug warrior, to whom progressives are often quite suspect (unless they are fighting Four Loko, of course). Speaking of which, the progressives of old also passed the Harrison Narcotics Tax Act, the first federal drug law. Meanwhile, the presumably reactionary libertarian H.L. Mencken described supporters of Prohibition as being moved by the “psychological aberration called sadism.”

It should also be noted that Coletta described Bryan as a “nativist.” Nativism is usually associated with the right, but that shouldn’t be the case for these progressives. The AFL supported the 1882 and 1924 immigration restriction acts against the Chinese. In fact, many “progressive” labor unions were very racist, nativist, and nationalist. Even the second incarnation of the Ku Klux Klan in the early twentieth century, aside from being quite racist, was also in favor of many progressive reforms. Abortion-advocate and progressive hero Margaret Sanger even gave a speech at one of the KKK’s rallies.

Margaret Sanger was also an avowed supporter of eugenics, as were many other progressives of the time (something modern day progressives seem less enthusiastic about). As Steven Pinker observed,

Contrary to the popular belief spread by the radical scientists, eugenics for much of the twentieth century was a favorite cause of the left, not the right. It was championed by many progressives, liberals, and socialists, including Theodore Roosevelt, H.G. Wells, Emma Goldman, George Bernard Shaw, Harold Laski, John Maynard Keynes, Sidney and Beatrice Webb, Margaret Sanger and the Marxist biologists J.B.S. Haldane and Hermann Muller. It’s not hard to see why the sides lined up this way. Conservative Catholics and Bible Belt Protestants hated eugenics because it was an attempt by intellectual and scientific elites to play God. Progressives loved eugenics because it was on the side of reform rather than the status quo, activism rather than laissez-faire, and social responsibility rather than selfishness.3

It’s almost absurd that conservatives and libertarians get blamed for eugenics, even if it’s typically in a roundabout way through the muddled and all but apocryphal term of “Social Darwinism.” After all, why would conservatives, who are often skeptical of evolution, support a “science” based on evolution? And why would libertarians support government trying to regulate people biologically when they oppose the government trying to regulate lemonade stands. Given that, it is unsurprising that the Catholic conservative G.K. Chesterton wrote Eugenics and Other Evils. And the great libertarian economist Ludwig von Mises complained about socialist meddling in that “... [a man] becomes a pawn in the hands of the supreme social engineer. Even his freedom to rear progeny will be taken away by eugenics.”4

But the National Socialists (i.e., “Nazis”) were the biggest proponents of eugenics and they weren’t progressive, right? After all, their 25 point platform demanded all sorts of libertarian things such as “the nationalization of all trusts ... profit sharing in large industries ... [and] a generous increase in old-age pensions.” Hugh Johnson, a key member of Franklin Roosevelt’s Brain Trust during the New Deal, even refered to Benito Mussolini as a “shining example of the twentieth century.”5 Still, the National Socialists certainly weren’t antecedents of modern left-wing social justice warriors. Of course, it’s hard not to conclude such fascists were also close to the polar opposite of libertarians.

This history should prove that progress in terms of moving toward something better is, in a political sense, extremely subjective. For example, progressives in Denmark made prostitution legal and progressives in Sweden made it illegal. Can both be progressive? Now, progress surely exists in economic, scientific, and technologic terms. Or at least one would think. Some very progressive folks believe the Luddites were a “heroic movement for working-class rights.” So destroying technology equals progress? What about the Industrival Revolution? After all — despite its many difficulties — per capita income did skyrocket afterward. But some progressives seem unsure about the Industrial Revolution’s overall positive qualities. Or let’s go back further and ignore the ridiculously high levels of violence among tribal societies by undoing the Agricultural Revolution, which Jared Diamond calls “The Worst Mistake in the History of the Human Race.” Or forget that, let’s just get rid of human beings all together with the hyper-progressive voluntary human extinction movement. Progress!

What progress is and what reaction is depend very much on where you start and where you want to go. If equality is the goal — as many self-described progressives say it is — then any progress toward equality should be considered, well, progress. If that is the case, shouldn’t communism be the most progressive cause of all? Communism was certainly considered as such by many intellectuals in the past. Indeed, Karl Marx saw history as a sort of march of progress: primitive communism to slave society to feudalism to mercantilism to capitalism to socialism and finally to communism. And the Soviet Union certainly executed its fair share of reactionaries and counter-revolutionaries.

Fortunately, communism has been politically dead for over two decades. You may have a few radicals like Maoist Rebel News toasting his now dearly departed Kim Jung Ill with a shot of Hennessey or making a whole series of videos describing the greatness of North Korea by recycling North Korean propaganda videos and talking points. But that’s abnormal. Most modern progressives despise communism and would never show even the meekest support for such a blood-soaked system. Would they?

Well, over at Salon, Jesse Myerson wants to tell you “Why you’re wrong about communism” and Sean Mcelwee at The Rolling Stone highlights why “Marx was Right” because he foresaw the horror of iphones. Whoopi Goldberg thinks that at least “it’s a great concept.” Former Obama White House Communications Director Anita Dunn referred to Mao Zedong as one of her “favorite political philosophers” whom Howard Zinn lauded for creating “... the closest thing, in the long history of [China], to a people’s government ...”6 Back in 1984, Jesse Jackson gave a speech in Havana titled “Viva Fidel,” Robert Redford went scuba diving with said dictator and Steven Spielberg described the time he spent with Castro as “the most important eight hours of [my] life.” Hollywood even made a four-and-half- hour, two-part propaganda film about Che Guevara back in 2008. The left’s mushy and ambivalent view toward communism may best be summed up by Daniel Singer, when writing for The Nation back in 1999, wanted to highlight both sides, the “enthusiasm, construction, the spread of education and social advancement” along with the less pleasant things, such as mass murder.

Refutations of such nonsense can be found elsewhere. What’s important to this discussion is that one would suspect that dusting-off things which had been left in the ash heap of history would be, well, reactionary.