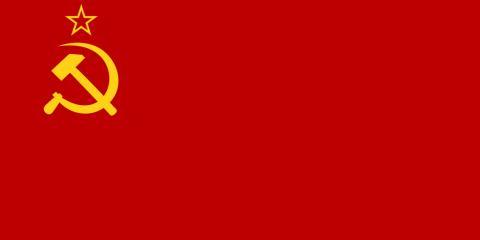 As we turn to a new century next week, the good news is that the most murderous 100 years in history is over, a prime reason to raise a glass of spirits at midnight.

Topping the list of the century's worst butchers are the Russians and Chinese, along with their assorted statist cousins. Collectively, since the time of the Bolsheviks' coup in 1917, the Communist bosses have slaughtered 100 million people.

From day one, the extreme centralism imposed by Communist regimes was a highly deadly enterprise. In just two months in 1918 the Bolsheviks executed more than twice as many political opponents as the czars had in the previous century. Starting on the day they shot their way to power, the Bolsheviks put their lust for violence on full display, dragging tens of thousands of their fellow citizens to the firing squads--prisoners captured in the civil war, clergy, nobles, military officers, policemen, the "bourgeois intelligensia," rich peasants, capitalists, and, finally, the rebellious workers and poor peasants and anyone else who dared to protest in the streets.

The purification drive of the collectivist mind, the messianic re-making of human nature, the suppression of private property, profit and freedom, and, most of all, the choking of individualism, required that they all be shot like dogs. They became "enemies of the people," or "noxious insects," as Lenin said early on, inaugurating Communism's animalization of its opponents.

"On a muddy path leading from the village, dozens of corpses lay unburied. Among the dead, the survivors crawled slowly on their hands and knees searching for wild grass seeds to eat. In the ponds and ditches people squatted in the mud hunting for frogs and trying to gather weeds. The dead were left where they died because no one had the strength to bury them. The dogs had been eaten and the chickens and ducks had long ago been confiscated by the Communist Party in lieu of grain taxes. There were no birds in the trees, and the trees themselves had been stripped of their leaves and bark. There was no longer even the scratching of rats and mice, for they too had been eaten or had starved to death. At night, peasants went into the fields to cut the flesh from corpses and eat it."

Under Mao's collectivist decrees, peasants had been stripped of all private possessions. The Communist Party had forbidden them even to cook food at home, and private fires had been outlawed. "Their iron griddles and woks and pans had been taken away to be melted down into steel," explains Becker.

"There was only one place in the village from which smoke was allowed to rise. This was the collective kitchen. Villagers would queue up with their bowls to receive their rations of food." The harvests had been seized by the state, so the collective soup was nothing more than a "thin gruel into which the cooks had thrown the leaves of sweet potatoes and turnips, ground corn stalks, wild grasses, and anything else the peasants could gather." The first to die were those who had been labeled as rich peasants, the ones given the lowest rations.

During the harvest, state inspectors had "searched the peasants as they left the fields and had beaten anyone they caught trying to eat the wheat kernels." A woman interviewed by Becker tells of how she had been forced to spit out some kernels when she was spotted chewing while laboring in a field. Those who dared to question Mao's bizarre way to achieve a Great Leap Forward--higher food outputs by way of killing the nation's most successful farmers--were tortured, sent to labor camps, or executed. To fortify their monopoly grip over every facet of life, China's collectivists made it a grave offense to pursue any private vision. A decentralized economy run by someone other than the Party bosses was a concept even more intolerable than failure, death and tyranny.

Courtois denounces the "spineless" response to all this by several generations of Western intellectuals, the long line of apologists for Marx, Lenin, Stalin, Mao, Ho, Pol Pot, Che Guevara and Fidel Castro, those in academe who contracted "voluntary amnesia" and chose to look the other way rather than deal honestly with the 100 million victims of Communist repression, torture, famine, terror and murder.

In the end, communist tyranny proved unsustainable. It came crumbling down, exactly as Ludwig von Mises predicted it would as early as 1920, to the dismay of the academic establishment. In the end, he was right. Freedom won!