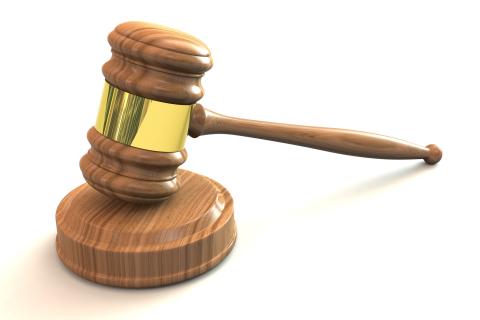 Austrian economists and those who are part of the mainstream—especially the Chicago School—differ on many things, with one of the greatest divides being the subject of antitrust laws.  As many writers on this page already have pointed out, Austrians hold that antitrust laws do not need to be reformed; they need to be abolished immediately.

Mainstream economists, on the other hand, believe that antitrust laws are necessary because free markets, if not checked by government, ultimately will give way to markets dominated by predatory monopolies that harm consumers and other producers.  Thus, while Chicago economists give support to free markets and private property, they still support antitrust laws as something akin to an economic "fail safe" system that ultimately protects the integrity of markets.

It was in this spirit that Gary Becker, a Nobel Prize-winning economist from the University of Chicago, wrote in favor of the recent Microsoft decision by the U.S. Court of Appeals in D.C., in which the court overturned some, but not all, of Judge Thomas Penfield Jackson’s decision against the software firm (see Becker’s  What U.S. Courts Could Teach Europe's Trustbusters ). The appeals court, writes Becker, decided in favor of consumers rather than taking the effect of Microsoft’s market and manufacturing policies on the company’s rivals.

In Becker's opinion, the D.C. court decided the case in a way that should serve as a beacon to European courts and regulatory agencies that have jumped into antitrust enforcement in a big way.  Citing the recent decision by the European Commission to prohibit the merger of General Electric Co. and Honeywell International because the newly merged firm would have been "stronger" than its European rivals, Becker writes that basing antitrust decisions upon the effects they will have on rival companies is short-sighted.  Instead, he writes, the Europeans should do as the D.C. court has done, and make decisions regarding business practices of firms "in light of their presumed effects on consumers."

As Becker states, Microsoft "abused its monopoly position with various exclusionary practices," the worst being the "commingling (of) the codes for its browser and operating system and . . . its exclusive marketing arrangements with equipment manufacturers."  Such practices, writes Becker, harmed consumers, and the courts were correct in finding the company guilty of such activities.

While I respect Becker as an economist of great stature and accomplishments, one should wonder about such statements coming from anyone who calls himself an economist.  The "commingling" of the Explorer browser and the Windows operating system meant that consumers were able to receive a product for free that previously had cost them upwards of $100.  Granted, economists of all stripes have created tortured arguments about why it is bad for consumers to choose between a free Microsoft browser and a $100 Netscape browser, but sheer logic should tell us that, all other things being equal, free is better for consumers than a hundred bucks.

Many Microsoft critics have countered with the argument that Netscape makes a "better" browser, but economics tells us that consumers make decisions to purchase products based upon many things, including quality and price.  If consumers truly believed that the services performed by the $100 Netscape browser were so superior to the free Explorer browser that it warranted spending the extra money, they certainly were free to do so.

Furthermore, as even Becker admits, consumers did not complain about their browser choices; the complaints came from Netscape, which found that the door was being shut on a lucrative market.  Therefore, it is difficult to understand how Becker can claim that providing a free Internet browser to consumers harmed them.  (I wrote this article on a laptop computer that a friend gave me for free.  Does that mean that, under the Becker standard, he has done me harm?)

The point here is that the government and private firms undertake antitrust action against companies not because business practices constitute harm to consumers, but rather because many firms are able to innovate or take advantage of favorable conditions that give them an edge over their rivals.  Companies on the other side of the divide understand that one way to "level the playing field" is to use the state to inflict harm on their competitors.  Of course, using the state to throttle a legitimate competitor is always harmful to consumers.

From Standard Oil to Alcoa to Microsoft, the state has accused the best and most efficient firms of being "predatory monopolies."  Standard Oil was responsible for bringing down the price of a gallon of kerosene from 50¢ to a nickel, yet we read in the history books that John D. Rockefeller was "anti-consumer."  Alcoa gained its market share by offering high-quality aluminum at the lowest prices in the market, yet we hear from government officials and economists alike that Alcoa was a "predatory monopoly."

Why do economists like Becker and others who say they favor free markets blindly support antitrust laws in all of their wretched excesses?  I believe it is because they are working with a bad set of tools.  Modern mainstream economics models firms and markets with mechanisms built upon the assumption that, over time, industries move from states of "near-perfect competition" to monopoly. As they become bigger and more productive, individual firms begin to grab a larger share of the market.

For example, the U.S. automobile industry began with a large number of very small firms that put out small numbers of cars, with consumers paying upwards of $20,000 apiece (in dollars of that time) for them.  With the introduction of large-scale automobile manufacturing by Henry Ford in 1908, the number of cars produced daily increased immensely, and the price of a Ford Model T soon fell to about $300, making automobile travel readily available for thousands of Americans previously shut out of the market under the conditions of "perfect competition."

The typical "theory of the firm" tools used by mainstream economists simply do not explain this phenomenon.  Such "tools" predict less efficiency, higher consumer prices, and fewer options for consumers when, in reality, the trend is toward more efficiency, lower prices, and better products.

Unfortunately, even many of the highly touted "theories" used by mainstream economists simply don’t predict the real world very well.  The "theory of the firm"—with its prediction that an industry inevitably moves from a "competitive" to a "monopolistic" state of affairs unless government intervenes—is one of the most egregious examples.  To put it even more bluntly, such "theories" do not even pass the Friedman test, as specious as that test may be.

It seems to me that an economist as intelligent and as well-read as Becker would recognize the realities of antitrust law.  Unfortunately, he is a prisoner of some bad theory that never should have been "theory" in the first place.  In the end, Austrian economics, while not passing the Chicago "market test," passes the Chicago "prediction test," even while the Chicago theories do not.  Go figure.