Because We Want to Fly | Mises Institute
Skip to main content

Because We Want to Fly 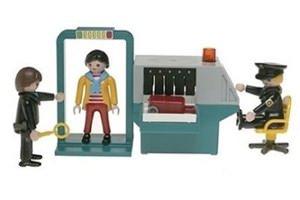 03/03/2010Christopher Westley
It's not always easy to catch a morning flight. You pack the night before, with an eye to preparing for the security and logistics hurdles you must go through to make it on the plane.

Liquids and gels go in a one-quart Ziploc. But what liquids? Will someone nab my contact-lens cleaner for being in too big of a container? Then there are the bags you can no longer carry on the plane. Which to take? If you fly only intermittently, such details are easy to forget.

It gets harder when your airport is in an earlier time zone and a good two-hour drive away, a nuisance translating into an hour of lost sleep the lucky denizens of the airport's time zone take for granted.

The shuttle driver at the Park 'n Ride is (invariably) from a third-world country, polite and helpful, and genuinely appreciative of his job. Modern life would crumble if too many low-skilled jobs like his were declared illegal. (But this is, in effect, what Congress does whenever it increases the minimum wage.) Meanwhile, the ever-expanding federal programs intended to increase the number of college graduates each year are creating what Nobel laureate F.A. Hayek would call a malinvestment in human capital.

We see such malinvestment today when college graduates take jobs they might have gotten anyway had they simply avoided college and entered the work force at age 18. Such individuals begin their adult lives laden with debt and bad feelings one could not perceive in my Haitian shuttle driver. Comparatively, he seemed quite free.

Once at the airport, there is the sensitive matter of navigating security. Shoes, laptops, belts, loose change, jewelry, pocket lint — all of it gets dumped into germy, grey storage bins and shoved through the X-ray machine, and we comply because we desperately want to get to Point B.

It is a marvel that the system works despite these and countless other interventions in the natural right to travel. Think of the numerous coordination problems that get solved, daily, at the major airports of the world.

My flight is a mere microcosm. It left at 9:44 a.m., and landed at my destination at 11:33 a.m. My plane began the day in Milwaukee, a Midwestern city practically on the other side of the country. It would end the day in Washington after making stops in Atlanta and Ft. Myers. And this was just one of hundreds of planes operated that single day at a single airport.

Before my boarding, the plane was variously loaded and unloaded with food and drink, fuel and garbage, cleaning crews and airplane mechanics. The pilot, copilot and stewards were exchanged for new ones. When determining its schedule, the airline must consider the time necessary for taxiing the plane, something that differs from airport to airport. My plane taxied for what seemed like 25 minutes, but when it was finally airborne, complex calculations helped it to arrive at the advertized time.

Multiply this by hundreds of flights an hour going in all directions; and consider the coordination of scads of decentralized workers connected in some way to the airport, to say nothing of the paying customers whose desire to fly justifies all of the activity. How does it all get done?

It happens in spite of the state or its oversight, no matter what our transportation ministers tell us. There is a reason why the Eastern Bloc countries were better known for the prowess of their female Olympic gymnasts than the desirability of their airports.

It works because of the interplay between property rights and prices. Property rights, when well-defined and protected, create incentives for self-interested owners to utilize resources in numerous ways that promote the social good.

Market prices lead property owners to arrange resources in different forms: wages for pilots, baggage handlers, airplane mechanics, and airport bartenders; loans that help fund training facilities, airports, and aircraft themselves; ticket scanning machines and automatic-flush toilets; and even the shortbread cookies you are served once up in the air. No czar could pull off such an amazing feat of coordination, and yet it happens day in and day out.

Sure, there are glitches, but they are so unusual that they make the lead story in the evening news when they occur. Despite the state control of so many aspects of modern commercial air travel, I made it to my destination with no problem and with much help from thousands of people I didn't know. What's remarkable is that it is still considered, by so many, unremarkable.