GET NEWS AND ARTICLES IN YOUR INBOXPrint
A
A
Home | Mises Library | The Austrians Were Right, Yet Again

The Austrians Were Right, Yet Again 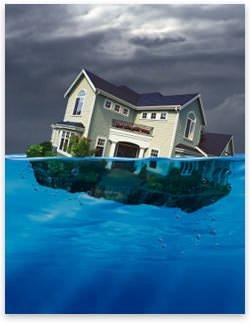 08/04/2011Jeffrey A. Tucker
After three-plus years of floundering around, a consensus has finally arrived that we are back in recession. Growth is not happening. The meager statistical growth of the past few years — no one dared claim it amounted to full recovery — was probably illusory.

There is real growth, and there are government statistics. The statistics have misled every gullible person, but now the truth is obvious to everyone. Not only that: we face an impossible debt calamity, the banking industry is zombied, labor markets are static, the system is flooded with mispriced resources, housing is still a mess, and there is nowhere to go but down, down, down.

QE1 and QE2, plus incredible efforts at regulatory stimulus, plus oceans of fake money created by Ben Bernanke, plus sea-level interest rates haven't done anything but damage. Economic opportunities are being shut down for an entire generation. Free enterprise — and therefore all prosperity — is struggling for its very life.

This is all due to the one thing that Bush, Obama, the Republicans, the Democrats, and every existing major media mogul agrees was the right thing to do: correct market trends, stabilize and then stimulate the macroeconomy. One word: fail.

Surprised? You shouldn't be. The Austrians had it right all along. This was no magic trick. The Austrians knew that all these efforts were dangerous and destructive. After all, this Keynesian nonsense has had many trial runs, and it has failed every single time. And there are specific reasons: government spending drains reserve capital, nationalizations prop up inefficiencies, and money creation distorts reality and forestalls recovery.

It doesn't take a fortune-teller to discern that this hokum will not work to accomplish its stated aims. All it does is prop up the state and its friends at our expense. I mean, I want to be sympathetic to those who were deceived — and grant the best of intentions to those who favor stupid policy — but it is really hard.

Maybe it was possible to be fooled in 1932, but, really, most every attentive observer should have wised up by 1936. But to then go through round after round after round of failed stimulus and still not get it? Incredible. As Bob Higgs has demonstrated, we didn't get out of the Great Depression until the government stopped trying to stimulate the economy.

Now we have yet another opportunity to say it. Listen and learn: the Austrians were the only people who seem to have anticipated not only the bust but also the failure of the stimulus. I can only give a small sampling from the first five months of the crisis in 2008.

There is Frank Shostak's "Is Deleveraging Bad for the Economy?" from August 20, 2008:

It is … futile to urge banks to lend more if real savings are not there. Likewise it doesn't make much sense to suggest that the Fed can somehow replace nonexistent real savings … by printing more money. (It is also an exercise in futility to raise government spending to fix the problem. After all if a government spends more it means that somebody else will have less resources left.) All that adding more money to the economy will do is to weaken wealth generators and thereby reduce the future supply of real savings and weaken future real economic growth.

The argument that the government is somehow pumping new capital into the market is absurd. Government is actually borrowing the money from the capital markets that it is in turn injecting into the capital markets. There is no additional source of funding; there is only a diversion of funds from more-productive outlets to less-productive outlets, with government acting as the middleman.

"After all, this Keynesian nonsense has had many trial runs, and it has failed every single time."

So when Henry Paulson argues that it is necessary to pump money into credit markets to prevent them from freezing up, he doesn't bother to realize that the money he pumps into the credit markets is coming directly out of the very same credit markets. He is doing little more than rearranging the deck chairs on the Titanic.

Kevin Duffy was bang on with his "Looting the Responsible" from October 8, 2008:

Government has no resources of its own, no elves working overtime to produce something of value, just promoters who espouse Santa Clause economics. It can only transfer wealth from one group to another (skimming a nominal transaction fee in the process). The current … $700 $800 billion bailout (sorry, rescue) package is nothing more than a looting of the responsible and productive by the reckless and profligate. Call it reverse Darwinism: survival of the least fit.…

[T]ransferring more blood from the productive host to the parasite does not in the long run make either healthier. For the economy and country to begin healing, we need capital, credibility, and authority to move from the wasteful to the productive. The power elite, predictably, is attempting to achieve the exact opposite.

As a student of the Depression I know that Congress and the executive can do much damage before the long term gets here, and indeed, they can delay its arrival indefinitely. Will the conservatives who supported this legislation lay into a President Obama two or three years hence, in the event that the economy devolves into a repeat of the 1970s, thanks in large part to government's attempt to forestall market forces over the last two weeks? This seems likely. Our current problems resulted from the infusion of credit in the past. To think that infusion today will not have the same effect in the future is to challenge pesky things like natural and economic laws.

Poignant comments from Frank Shostak's "The Rescue Package Will Delay Recovery" from September 29, 2008:

It is true that the financial system must be rescued; it must be rescued from the institutions holding bad debt that are currently draining capital while waiting for a bailout and adding little in return. It is they that are preventing wealth-generating activities in the financial sector and the other parts of the economy from expanding real wealth.…

"I want to be sympathetic to those who were deceived — and grant the best of intentions to those who favor stupid policy — but it is really hard."

The government package is not going to rescue the economy, but it will rescue activities that the economy cannot afford and that consumers do not want. It will sustain waste and promote inefficiency, draining resources from growth and efficiency.

Is it any wonder that Treasury Secretary Henry Paulson's plan has morphed into the federal government taking equity stakes in banks, mortgage companies, and at least one insurance company? … But history is clear: more fiat money won't solve this crisis; a return to sounder money will.

When the recession is the result of a central-bank-induced artificial boom (such as the recent housing boom), the downturn is a period of readjustment, when misallocated resources are channeled back into more appropriate lines, consistent with consumer preferences and technological realities. When the government steps in and tries to prevent this readjustment, it simply maintains an unsustainable deployment of scarce resources.

And Murphy again from "Markets Need Time, Not More Poison" from November 6, 2008:

The present crisis is scary, but only because no one knows what crazy new scheme the government will introduce every other day. Resources were invested improperly during the housing boom, and the economy needs time to heal itself. There is no way around this fact.

Thorstein Polleit has been unrelenting throughout this crisis, as the example of "Confidence Is Leaving the Fiat Money System," published on October 10, 2008 shows.

By artificially lowering the interest rate through credit expansion, central banks induce inflation-induced boom-and-bust-cycles, which lead to unsustainable debt levels. In all western countries overall debt levels as a percent of GDP have gone up strongly in recent decades.

"Why does anyone continue to take Krugman and company seriously?"

Whenever financial markets set out to end the disastrous process through, for instance, a decline in economic activity, governments and their central banks will do whatever it takes to keep the fiat-money system going: lowering interest rates by increasing credit expansion and increasing the money supply.

In the current situation, however, banks' capacity to keep expanding the credit and money supply has been greatly diminished: accounting losses and — due to waning confidence in the system — presumably also payment losses erode banks' equity capital further in the time to come.

The government should completely remove itself from the course of action and let the market reevaluate resource values. That means bankruptcies, yes. That means bank closures, yes. But these are part of the capitalistic system. They are part of the free-market economy. What is regrettable is not the readjustment process, but that the process was ever made necessary by the preceding interventions.…

We need to let the market handle the entire process, come what may. I guarantee that this solution is a better one than creating another trillion or so to bail out failing enterprises.

Art Carden's "Should the Crisis Shake Our Faith in the Market?" from December 29, 2008:

Acclaimed minister Adrian Rogers once said that you cannot multiply wealth by dividing it. Trying to spread the wealth via a tax-and-redistribute scheme will not bring prosperity. It will only share misery (albeit perhaps more equitably). The solution is to pursue more market-oriented reforms that remove obstructions on entrepreneurs. As theory and evidence suggests, market-oriented reforms are not faith-based initiatives. They are our only hope for the long run.

There are hundreds, even thousands, of such articles and statements from 2008 to the present. They appear every few days, and the message is the same: This stuff is not going to work. Their green shoots are an illusion. There will be no stimulus. Let the market liquidate. Government should stop looting the private economy. The Fed should stop the money creation. No more bailouts. Let interest rates rise. Let bad banks fail. Above all: stop fighting the market! Only at that point can we have solid recovery.

And so here we are all this time later, poorer than we were, with no hope in sight for the real-world economy (the digital world seems to be humming along nicely).

Why does anyone continue to take Krugman and company seriously? In fact, why does anyone take seriously those who warned that unless we tried the Keynesian plan, the world would end and we would miss an opportunity for a glorious recovery? It's not just the New York Times; it's also the Wall Street Journal and the entire financial press that continues to be enthralled with the absurdities of Keynesian theory.

Let's rub it in a bit more: The Austrians were also correct that the boom before 2008 was unsustainable. See "The Bailout Reader." There is no joy in being right here. It is pathetic really that any informed observer of events would not be correct in light of experience and the common-sense observation that government can't make prosperity appear no matter how many kabuki dances Treasury officials do.