The Austrians Were Right 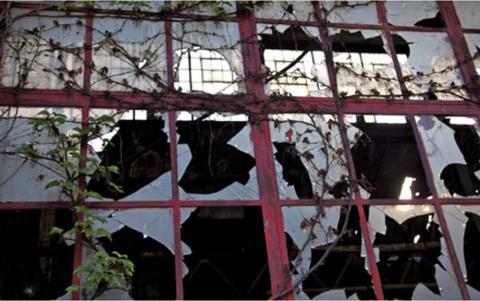 Editor's Note: Professor Harry C. Veryser has written a much-needed look at the Austrian School of economics and why its lessons must be heeded at last. Ron Paul calls the book “an excellent introduction to the Austrian School of economics and an excellent account of the economic history of the 20th century,” while Thomas E. Woods Jr. writes, “I am blown away by how much ground Harry Veryser covers in this important book, and how skillfully he covers it.” What follows is the first excerpt from Veryser’s brand-new book, It Didn’t Have to Be This Way: Why Boom and Bust Is Unnecessary—and How the Austrian School of Economics Breaks the Cycle.

The global economic meltdown that began in 2007 has brought suffering to countless millions. We have all witnessed—and in many cases experienced—the devastation.

But it didn’t have to be this way. This kind of financial devastation has been predicted again and again—decade after decade—by propo­nents of the Austrian School of economics. Ludwig von Mises, one of the most prominent Austrian economists, summed up the perennial cri­sis in the title of one of his many books, Planned Chaos (1947). Mises, especially in The Theory of Money and Credit (1912) and Human Action (1949), maintained that the boom-and-bust cycle that has afflicted mod­ern economies is both unnatural and unnecessary. It worsens living conditions for just about everyone. Since the publication of his books, abundant scholarly studies have validated the Austrian view. Yet few people—even among those teaching economics in colleges and universi­ties worldwide—know or understand the Austrian School.

I wrote the new book It Didn’t Have to Be This Way to help solve that problem.

If there is a bright spot in the most recent economic crisis, it is this: people everywhere are giving much more serious thought to foundational ques­tions about the economy. What caused our woes, and more important, how can we prevent future calamities?

To answer those questions, we need to understand the Austrian School of economics. I have had the unique opportunity both to see how econom­ics operates in the real world (as a businessman who co-owned an automotive supply company for many years) and to study its theory and practice from the ivory tower (as a professor of economics at Walsh College and the University of Detroit Mercy). Over the course of my career, it became clear that much of the economics establishment badly misunderstands the forces that cause economic crisis.

The crisis that began in 2007 should be seen, not as an isolated inci­dent, but as part of a continuing drama that has its origins in US govern­ment manipulation of markets and currency. It is merely part of the cycle that has been the scourge of the West since 1913—which gets us to the story of our modern condition.

The two major and intertwining plots in the story are (1) the devel­opment of economic theory and (2) the events that shaped global history, especially in the early twentieth century. Economic theory has always had a tremendous influence on government action and policy. Before World War I, governments based public policy on so-called classical eco­nomic theories about money and trade. Almost all economic theory was committed to free markets and private property. Governments did not exert much energy in regulating commerce. The US Constitution, for instance, includes provisions establishing free markets and specie-based money systems. Needless to say, things changed following World War I, as monarchies and traditions were smashed and new theories came into play. The troubles of the 1920s and 1930s encouraged economists to rework the classical theory to explain why things happened as they did and what should be done as a result. These new theories—however well-meaning—have had profound and often devastating consequences around the world.

Economics is not—or does not have to be—a mysterious science. Quite simply, it is the study of reconciling the unlimited wants of man with limited resources. Distilled further, it is the study of human action. In It Didn’t Have to Be This Way, I aim to demonstrate that economics involves certain immu­table laws of human behavior. Further, I hope to show that the Austrian School has most clearly and effectively discovered those laws. The world has needlessly suffered unspeakable misery as a result of theories and policies that ignore these principles.

To be more precise, the Austrians were right all along. In the early 1930s, two professors in England looked at the worldwide economic catastrophe and came up with very different solutions. John Maynard Keynes at the University of Cambridge created the notion of spending one’s way out of recession, while Friedrich A. Hayek of the London School of Economics took the classical stance, calling for sound money and the traditional virtues of saving, prudent investing, and balanced budgets. Keynesianism became the byword of the developed world and has pro­foundly influenced the response of governments in the most recent crisis. Meanwhile, governments largely ignored Hayek, one of the great Aus­trian economists. We have all paid the price since.

One of the greatest failings of mainstream economic thinking, seen clearly in the lead-up to the 2007–8 financial crisis, has been to view economics as a science on the order of physics, one that can be reduced to numbers, quantities, and mathematical formulas. The Austrian School, understanding economics as a science of individual human action, makes a crucial contribution with its distrust of mathematical modeling or “financial engineering” of the type that helped cause the subprime mort­gage collapse. It is a warning that must be heeded today.

Of the many contributions the Austrian School has made to eco­nomic thought, the other most relevant to our situation today is the explanation of the insidious effects of expanding the money supply. The modern Federal Reserve, which seems intent on pumping new money into the system, clearly violates this Austrian tenet.

In recent times a number of internationally acclaimed experts in eco­nomics who are not part of the Austrian School have validated Austrian tenets. Two causes of the economic crisis, many scholars and practitioners now recognize, were the Fed’s artificial lowering of interest rates and the use of mathematical equations in a futile attempt to lessen risk. These people are coming to conclusions that the Austrians reached decades ago.

For years now, we have endured a barrage of bad news: businesses going belly-up, people losing their jobs and homes, government debt soaring. It didn’t have to be this way. The Austrian School presents the most coherent explication of the economic relations among men and—more so than any other system today—lays out economic guidelines that offer real prospects for prosperity worldwide.

Harry Veryser has served as director of the graduate program in economics at the University of Detroit Mercy and as chairman of Walsh College’s Department of Economics and Finance. He is author of It Didn’t Have to Be This Way: Why Boom and Bust Is Unnecessary—and How the Austrian School of Economics Breaks the Cycle.