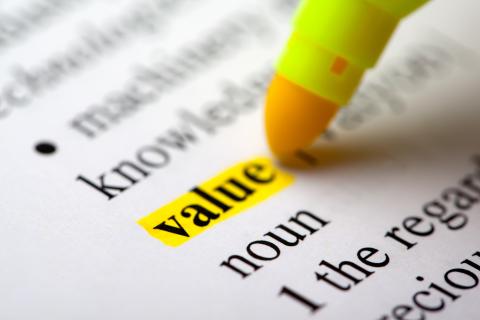 In this paper the author claims to point out an inconsistency between Mises’ conception of value as an ordinal relation, and Mises's elucidation of the central role entrepreneurial action plays in the market process. Given the close connection between entrepreneurship and economic calculation in Mises’ thought, and given that the impossibility of economic calculation is at the heart of his critique of socialism, we will attempt to shed light on recent discussions (in the so-called “dehomogenization” debate) regarding the essence of Mises’ arguments as they relate to the knowledge problems elaborated by Hayek.

Mahoney argues that although Mises (and his followers such as Rothbard) correctly conceived of value as an ordinal relation, precluding the possibility of value imputation (and thus the impossibility of a value calculus, as distinct from a price calculus), in many of his expositions of the market process he adopts a notion of value as a cardinal thing in explaining the task confronting actors in either the planned or unplanned economy (and in raising the question of the possibility of solving that task). This inconsistency has led to confusion both inside and outside the Austrian school regarding the essence of Mises’ argument against socialism. The author therefore aims to point out how the Austrian notion of calculative action can be explicitly framed within a relational theory of value.

Dan Mahoney, Ph.D., specializes in mathematics and works for Mirant-Americas.