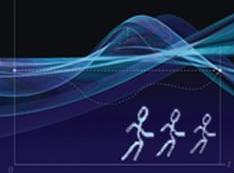 Tags Other Schools of ThoughtPraxeology

Anyone who peruses the top mainstream economics journals will quickly realize that economic theory has been crowded out by mathematical formalism. The neoclassical economists' uncompromising quest for precision in their models has been achieved at the expense of the accuracy of their predictions.

The old joke of the drunk searching for his keys near the streetlight is an appropriate metaphor.

In this article we'll discuss two classic illustrations of this habit, where the mainstream economist must abandon common sense because his favored mathematical tools demand total loyalty. The first example comes from a recent challenge to Austrian economics from its frequent foe, Bryan Caplan. The second example involves economics professor and Slate columnist Steven Landsburg's criticism of people who donate to multiple charities.

As we shall see, both Caplan and Landsburg go wrong because they desperately want to deploy their mathematical models to capture economic realities. They provide two more examples of why the Austrian approach — often derided as "unscientific" and "verbal" — is an excellent foil to guard against such neoclassical slips.

At the popular blog EconLib, Bryan Caplan poses a challenge to Austrians in "The Trojan Horse Example":

All of this sounds plausible until you press the Austrian to do one of two things:

Before pointing out the absurdity in Caplan's request, we should provide some background. In the early and mid-20th century, standard mainstream models assumed that agents in the economy had perfect information. In such a setting, it was easy enough to "prove" that advertising was wasteful, that cleverly designed mechanisms could allow central planners to replicate the outcomes of a market, and that economic theorists could safely neglect entrepreneurship.

Naturally, more and more critics lambasted such an unrealistic approach. In response, the top mainstream economists incorporated "uncertainty" into their models, but only in a very limited way. Now, instead of knowing (say) the spot price of oil at every hour, from now until the year 2050, the cutting-edge general-equilibrium models would instead assume that agents only know the probability distribution of spot oil prices at each moment in time for the rest of eternity. Thus, the modelers thought they had adequately dealt with the objection, for now the agent in the model really doesn't know what the price of oil will be tomorrow.

Now we can understand the debate to which Caplan alludes. Austrian economists, most notably Israel Kirzner, have stressed that this isn't really incorporating genuine uncertainty — versus actuarial risk — into the mainstream approach. Agents still know the structure of the world with certainty; there is no possibility, say, that an agent mistakenly thinks oil prices are distributed normally with a mean of $120, when in reality the true mean is $121. This type of situation is ruled out as impossible in a mainstream model.

In a mainstream model — even one that nominally includes "uncertainty" — Jim the Speculator can't outperform Joe the Speculator in the oil futures markets because of his better foresight. Nobody can ever make a true mistake. Yes, investors might later regret their actions, once the random variables have been realized, but they would only do so the way a blackjack player might "regret" doubling down on an 11 against a dealer's 6. Even after losing, the blackjack player would rightly say, "I didn't really make a mistake, because my move was optimal given the information I had at the time of my decision." This immunity to actual error and surprise is still true of all formal mainstream models, because it's very difficult to formally (but nonarbitrarily) model mistakes.

The Austrians, on the other hand, are perfectly free to explain that some entrepreneurs do better than others in the real world, because they adapted to changing conditions more quickly than their peers, and hence earned economic profits. Austrians can do this because they aren't wed to formal mathematical models. This freedom in their verbal explanation isn't a sign of sloppiness but rather a more accurate description of what's really going on in the world.

So let's sum up the debate: Austrians say that standard probability tools are inapplicable in a world of open-ended uncertainty, where it is impossible to assign a numerical probability to all possible future outcomes. If for no other reason than limited mental powers of computation, real people simply do not act this way.

Recall now Caplan's request: he wants the Austrian to paraphrase this insight "using standard probability language"! It reminds me of an episode in grad school, when I was working on a paper explaining that "radical uncertainty" posed serious problems for the neoclassical approach to interest.1 One of my advisors listened to me explain the problems for five minutes in the hall and then said, "Hmm, put all of that into a simple two-period model."

Landsburg Thinks Most People Giving to Charity Are Selfish

In "Giving Your All," Landsburg argues that if they were truly motivated by altruism for the recipients, then people should concentrate their charitable giving on a single target:

People constantly ignore my good advice by contributing to the American Heart Association, the American Cancer Society, CARE, and public radio all in the same year — as if they were thinking, "OK, I think I've pretty much wrapped up the problem of heart disease; now let's see what I can do about cancer." But such delusions of grandeur can't be very common. So there has to be some other reason why people diversify their giving.

In the first place, I want to point out that even on his own terms, Landsburg's criticism doesn't make much sense. Even if people are really donating merely in order to feel good about themselves, why would they care about something irrelevant, such as the number of organizations to which they donated? For example, if a person pats himself on the back for sending $500 each to four different charities, why wouldn't that person feel equally smug by sending $2000 to one charity? (Or for that matter, why not $2 each to one thousand different charities?)

As so often happens in these matters, the problem is that Landsburg needs to model the situation using formal mathematical tools, and once he goes down this path, out pops the "optimal" answer that a person should concentrate all of his giving into the single charity that he considers most important. I'm not putting words in his mouth; here is Landsburg himself:

Early in this century, the eminent economist Alfred Marshall offered this advice to his colleagues: When confronted with an economic problem, first translate into mathematics, then solve the problem, then translate back into English and burn the mathematics. I am a devotee of Marshall's and frequently follow his advice. But in this instance, I want to experiment with a slight deviation: Rather than burn the mathematics, I will make it available as a link.

I propose to establish the following proposition: If your charitable contributions are small relative to the size of the charities, and if you care only about the recipients (as opposed to caring, say, about how many accolades you receive), then you will bullet all your contributions on a single charity. That's basically a mathematical proposition, which I have translated into English in this column.

Now there are all sorts of motivations that could acquit philanthropists of Lansburg's charge, namely that they are either irrational or secretly donating to charity just to win public approval. For example, someone might want to build up a level of trust with an organization over time, and see how it spends smaller donations before ramping up the contributions. Or, someone might think that an organization can only maintain its independence if it relies on numerous small contributions, rather than a few large donations from wealthy individuals.

The point here is not to offer a rival theory. Rather, my point is that people do not approach charitable giving the way Landsburg assumes in his model. Since he is wrong at step 1, it shouldn't surprise us that he reaches a conclusion that strikes most people as counterintuitive.

The Misesian approach to economics does not rely on unrealistic formal models. Rather, praxeology — the science of human action — deduces necessarily true conclusions from the fact that people act.

It's true, the Misesian can often present his entire analysis in purely verbal terms, and he can't make any guaranteed quantitative predictions about the economy. But as the joke about the drunk looking for his keys illustrates so well, scientists need to look for answers where they actually may lie, rather than redefining the problem into one that our favorite tools can handle.