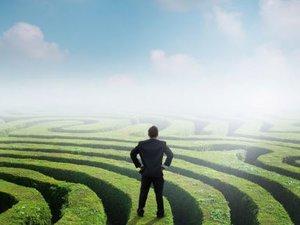 Austrian economists are known for supporting free markets and criticizing government intervention. In fact, many people mistakenly think of Austrian economics as nothing more than a radical defense of free markets, though it’s really a framework for studying human action and its social implications.1

Still, you can usually spot free market conclusions lurking in the background of Austrian work, and this raises important questions about how policy implications influence the development of theory. For example, is it possible that the need to justify free market policies distorts Austrian research? This is the argument made in a new collection of essays edited by Guinevere Nell, titled Austrian Theory & Economic Organization: Reaching Beyond Free Market Boundaries.

Nell claims that contemporary Austrian economists focus on doing research that they know will arrive at “mandatory free market conclusions.” Thus, according to Nell, their work is more about ideology than methodology, and any research questioning free market orthodoxy is shunned and dismissed.

According to Nell, the Austrian status quo must give way to a more unbiased “post-Austrian” approach to economics, especially in organization theory (the focus of this collection). Of course, not all of this book’s contributors share her views. However, most of the chapters are consistent with her goal of developing Austrian ideas without concern for making them fit free market conclusions.

In practice, this boils down to making several claims Austrians are likely to find controversial. There are variations on the core themes, but the basic ideas are as follows:

I’m not convinced the book succeeds in defending any of these propositions. Before explaining this assessment, however, I’d like to emphasize that this is only a short summary of some issues I noticed while reading the book. For a fuller discussion of its merits and failings, my full-length review (with additional references) is here.

To begin, the book’s core premise strikes me as flawed, because it’s not obvious to me that the eponymous free market boundaries exist, and if they do, how Austrian research has suffered from them. Now, I don’t object to posing questions about this kind of bias, because complacency and prejudice are real and constant threats to academic research. However, I do think it’s reasonable to expect that any claims of bias be supported with specific evidence, and furthermore, that critics be able to clearly explain, in detail, how bias hinders the development of current research.

Unfortunately, contributors to this volume offer precious few examples of free market bias undermining research, and when examples do appear, they’re usually mistaken. For instance, one author claims Mises and Rothbard were unable to discuss utility and welfare economics, while another suggests that cooperatives and other horizontal forms of organization can’t be explained by an Austrian approach. A basic literature review shows these claims are unfounded.

This brings me to another major theme of the collection: alternative forms of economic organization. Several chapters criticize traditional corporations, and propose replacing them with cooperatives and other “democratic” organizations. I actually agree these are topics worth exploring, as it’s clear that in a free society the role of the corporate form would be, at the very least, greatly reduced. If the authors limited themselves to discussing such problems, I would have few objections. Unfortunately, some of them try to push further by arguing that alternative forms of organization represent solutions to free market problems that Austrian economists can’t or won’t acknowledge.

In particular, several chapters seem to suggest that Austrian economics consists of little else but singing the praises of traditional, hierarchical, profit-maximizing business. I find this claim simply baffling, and unsurprisingly, the authors don’t support it with serious evidence. Even worse, most chapters ignore the most valuable Austrian contribution to organization theory: Mises’s writing on economic calculation. Mises not only provided the definitive critique of central planning; his work is also vital for showing whether any form of production — from market anarchy to totalitarian socialism — will work in practice. These forms include cooperatives, social enterprises, and many others.

Sadly, errors of omission and commission are scattered throughout the book. Unsupported assertions and missing evidence are common, as is blaming the market for public policy failures. There are even tired allusions to Hayek and the Grand Neoliberal Conspiracy™. Such comments make it clear that the chapters most critical of Austrian economics are actually the ones least familiar with it.

Happily, several chapters — in my view, the most successful ones — actually support the views Nell criticizes. These essays are presented as a kind of benchmark against which to measure the more controversial chapters, but they do a good job of showing why there isn’t much reason to fear that Austrian economics is hopelessly biased by free market ideology.

For instance, Randall Holcombe’s chapter offers a nice overview of the concept of spontaneous order, and explains why top-down methods to improve these orders are doomed to failure. Likewise, Per Bylund provides a searching essay on the necessity of hierarchy in market firms. Last, Ed Stringham and Caleb Miles review historical and anthropological evidence on the origin of states. They show convincingly that, contrary to popular belief, states did not emerge as the result of a social contract, but through a combination of force and persuasion.

Yet, each of these papers cuts against the general motivation of the book as well as its most ambitious contributions; if anything, they highlight the value and necessity of the Austrian tradition, and the persistent relevance of economists like Mises.

Matt McCaffrey, former Mises Research Fellow, is assistant professor of enterprise at the University of...