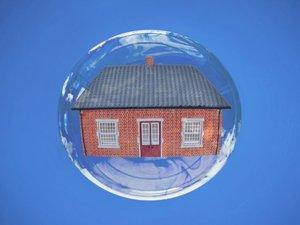 Asset price inflation, a disease whose source always lies in monetary disorder, is not a new affliction. It was virtually inevitable that the present wild experimentation by the Federal Reserve — joined by the Bank of Japan and ECB — would produce a severe outbreak. And indications from the markets are that the disease is in a late phase, though still short of the final deadly stage characterized by pervasive falls in asset markets, sometimes financial panic, and the onset of recession.

A key sign of danger, recognizable from historical patterns of how the disease progresses, is the combination of steep speculative temperature falls in some markets, with still-high — and in some cases, soaring — temperatures in other markets. Another sign is some pull-back in the carry trade, featuring, in particular, the uncovered arbitrage between a low (or zero) interest rate, and higher rate currencies. For now, however, this is still booming in some areas of the global market-place.

Specifically, we now observe steep falls in commodity markets (also in commodity currencies and mining equities) which were the original area of the global market-place where the QE-asset price inflation disease attacked (back in 2009–11).

Previously hot real estate markets in emerging market economies (especially China and Brazil) have cooled at least to a moderate extent. Most emerging market currencies — with the key exception of the Chinese yuan — once the darling of the carry traders, are in ugly bear markets. The Shanghai equity market bubble has burst.

Yet in large areas of the high-yield credit markets (including in particular the so-called covenant-lite paper issued by highly leveraged corporations) speculative temperatures remain at scorching levels. Meanwhile, Silicon Valley equities (both in the public and private markets), and private equity funds enjoy fantasy valuations. Ten-year Spanish and Italian government bond yields are hovering below 2 percent, and hot spots in global advanced-economy real estate — whether San Francisco, Sydney, or Vancouver — just seem to get hotter, even though we should qualify these last two observations by noting the slump in the Canadian and Australian dollars. Also, there is tentative evidence that London high-end real estate is weakening somewhat.

How to Identify Late Stages of Asset Inflation

In the next episode of asset price inflation (the mid-late 1990s), the Asian currency and debt crisis in 1997, and the bursting of the Russian debt bubble the following year, accompanied still rising speculation in equities culminating in the Nasdaq bubble. In the episode of the mid-2000s, the first quakes in the credit markets during summer 2007 did not prevent a further build-up of speculation in equity markets and a soaring of speculative temperatures in winter 2007–08 and spring 2008 in commodity markets, especially oil.

What insights can we gain from the identification of the QE-asset price inflation disease as being in a late phase?

The skeptics would say not much. Each episode is highly distinct and the disease can “progress” in very different ways. Any prediction as to the next stage and its severity has much more to do with intuition than scientific observation. Indeed some critics go as far as to suggest that diagnosis and prognosis of this disease is so difficult that we should not even list it as such. Historically, such critics have ranged from Milton Friedman and Anna Schwartz (who do not even mention the disease in their epic monetary history of the US), to Alan Greenspan and Ben Bernanke who claimed throughout their years in power — and these included three virulent attacks of asset price inflation originating in the Federal Reserve — that it was futile to try to diagnose bubbles.

Difficulties in diagnosis though do not mean that the disease is phantom or safely ignored as just a minor nuisance. That observation holds as much in the field of economics as medicine. And indeed there may be a reliable way in which to prevent the disease from emerging in the first place. The critics do not engage with those who argue that the free society’s best defense against the asset price inflation disease is to follow John Stuart Mill’s prescription of making sure that “the monkey wrench does not get into the machinery of money.”

Instead, the practitioners of “positive economics” demonstrate an aversion to analyzing a disease which cannot be readily identified by scientific measurement. Yes, the disease corrupts market signals, but by how much, where, and in what time sequence? Some empiricists might acknowledge the defining characteristic of the disease as “where monetary disequilibrium empowers forces of irrationality in global markets.” They might agree that flawed mental processes as described by the behavioral finance theorists become apparent at such times. But they despair at the lack of testable propositions.

The critics who reject the usefulness of studying asset price inflation have no such qualms with respect to its twin disease — goods and services inflation. After all, we can depend on the official statisticians!

In the present monetary inflation, a cumulative large decline in equilibrium real wages across much of the labor market, together with state of the art “hedonic accounting” (adjusting prices downward to take account of quality improvements) has meant that the official CPI has climbed by “only” 11 percent since the peak of the last business cycle (December 2007). The severity of the asset price inflation disease makes it implausible that the official statisticians are measuring correctly the force of monetary inflation in goods and services markets.

What Is the Final Stage?

A progression of the asset price inflation disease into its final stage (general speculative bust and recession) would mean the end of monetary inflation and also inflation in goods and services markets. What could bring about this transition? Most plausibly it will be a splintering of rose-colored spectacles worn by investors in the still hot speculative markets rather than Janet Yellen’s much heralded “lift-off” (raising official short-term rates from zero). What could cause the splinter?

Perhaps it will be a sudden rush for the exit in the high-yield credit markets, provoked by alarm at losses on energy-related and emerging market paper. Or financial system stress could jump in consequence of the steep falls of speculative temperature already occurring (including China and commodities). Perhaps there will be a run from those European banks and credit funds which are up to their neck in Spanish and Italian government bonds. Or the Chinese currency could tumble as Beijing pulls back its support and the one trillion US dollar carry trade into the People’s Republic implodes. Perhaps scandal and shock, accompanied by economic disappointment will break the fantasy spell regarding US corporate earnings, especially in Silicon Valley. As the late French President Mitterrand used to say, “give time to Time!”

Brendan Brown is a founding partner of Macro Hedge Advisors (www.macrohedgeadvisors.com) and senior...

Europe Faces a Fragile Economy as the Merkel Era Ends

A euro collapse, rather than gas prices and bottlenecks, is the most likely source of sustained high CPI inflation...

Don't Be Fooled by the Fed's Taper Talk

There won't be a taper tantrum if the Fed seriously moves toward tapering. Investors now understand how the game...