GET NEWS AND ARTICLES IN YOUR INBOXPrint
A
A
Home | Mises Library | Are Markets Boring? 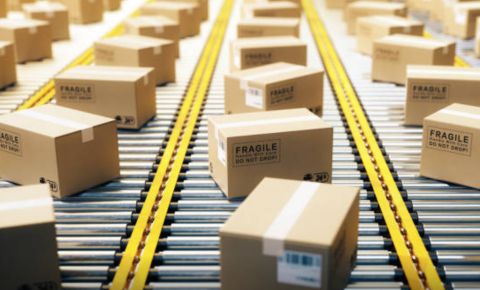 The psychology of the anti-market left can be a puzzle, but even more confounding is the mentality of the anti-market right. There are agrarians, medievalists, and nationalists, and, above all, the neoconservatives, who dread the market as much as any socialist from days of yore. Their critique differs, but all complain about the strictures that economics places on the policy imagination. In fact, that is one of the merits of economics.

Because there is no danger of an eminent takeover by agrarians or medievalists, let us look at neoconservative ideology, especially through the eyes of its two key founders, Irving Kristol and William F. Buckley, Jr. It is this deviation from libertarian theory that has become the most present menace to sound economics and the world economy, if only because they have political power.

The reason the neocons reject freedom and peace, they recently revealed, is that they find the framework of market-oriented thought intellectually boring—an objection that deserves to be addressed after some background on the neocons and their perspective.

Buckley was the transitional figure from the pre-1950s Old Right to the Cold War new right. As the first neoconservative, it was he who somehow provided the intellectual gloss to cover the division between the incompatible ideas of war and peace that emerged in the early years of the Cold War. It was he who made the impossible seem possible: erecting (in his words) a "totalitarian bureaucracy within our shores" while maintaining domestic liberty and free trade.

Back then, the libertarians rallied around liberty and property. They might have countenanced a military buildup as a temporary measure, but they saw peace as the goal and the foundation of civilization. Buckley, in contrast, advocated the creation of an imperial foreign policy and saw war as a defensible policy goal—a vision obviously incompatible with a market order he otherwise claimed to support.

Whereas Buckley had left his intellectual roots in the Old Right, Irving Kristol moved over from the Trotskyite left by embracing the military machine and its role in the world, while accepting markets only with a litany of reservations. In any case, what animated his imagination was not enterprise but the militarization of American foreign policy, and American life.

Where does this leave the program of the old liberals from Jefferson to Mises? Free markets, free trade, and peace with all nations become clichés to invoke in service of a nationalist agenda that, in its worst incarnations, aspires to run the world. So much for freedom-minded conservatism of the pre-war variety, as articulated by the likes of Hayek and Mises in Europe and Chodorov, Mencken, and Garet, among many others, in the United States.

Political scientist Corey Robin spent some time with Buckley and Kristol over the last year, and wrote up the results (Washington Post, May 2, 2004). Professor Robin was taken aback to discover their hostility to freedom as the animating ideal of society—something many of us have long known about, but which, until recently, was the best kept secret about conservatism. Buckley told Robin that he finds conservatism’s emphasis on the market to be uninspiring.

It "becomes rather boring," Buckley said. "You hear it once, you master the idea. The notion of devoting your life to it is horrifying if only because it’s so repetitious."

In the same way, Kristol says that the goal of economics is and should be world political power. The role of the US is "to command and to give orders as to what is to be done. People need that." Both, according to Robin, view concerns over money and economy as petty and bourgeois, not exciting enough to animate a serious life of the mind.

It is unfortunate that Buckley believes that markets are dull and that Kristol believes that controlling people and giving orders is what people need and want. But they leave unexplained why it is that the world must adapt to their personal sense of what fulfills them emotionally. What they are really saying here is that market logic restrains their thinking and acting in ways that they do not like. In this case, it would be far better to have them playing with video games than with real life.

And yet there is a certain valid point they are making here about how economics diminishes the role of would-be philosopher kings, just as gravity reduces the ability of magicians to make things float. Economics is part of the ungoverned structure of reality that even the smartest people cannot change. Economics hems in the state even as it illuminates the nearly unlimited possibilities for the use of the creative imagination within a framework of property protection and free exchange.

Economics tells us how enterprise creates seeming miracles all around us. But it also tells us that real resources don’t grow on trees, that all government spending must take a bite out of the private sector in some way. Economics tells us that all attempts to control prices and wages will lead to shortages and surpluses, and that any intervention causes trouble. It tells us that you can’t expand the money supply without creating distortions—among a thousand other points that contradict government wishes.

From the political point of view, economics seems like a series of strictures against doing things that politicians naturally want to do and intellectuals want to tell them to do. So it is no wonder that intellectuals and politicians resent market logic. And yet, economic logic is not a fiction.

These two are hardly the first to reject market logic on grounds that it is restrictive for the state. But this is somewhat like rejecting walls around you because they contain your person. You can deny walls all you want, but attempting to walk through them is going to end with unfortunate consequences.

Economic logic is intellectually constraining in another sense. To the extent that you move away from market means, you leave the sphere of voluntarism and enter the sphere of coercion. Markets do not exist as a "policy;" they are the de facto result of respecting rights to person and property. It is impossible to move away from market means without violating the rights to person and property. Since markets, trade, and voluntarism are the basis of civilization itself, to reach for something else means to move toward de-civilization and the rule of the brute.

Understood this way, it is intellectually irresponsible to say: "markets are fine, and I favor and defend them, but we also need war and command structures to make the world exciting." Is the contradiction not obvious? War and command structures are the very opposite of markets. To say you want both is like a doctor who says: "I like healing people and finding cures for disease, but, to keep life from becoming dull and uneventful, we also need to create diseases and make people sick."

That still leaves the question: are markets dull? A major contribution of the Austrian School was to move economics out of the realm of self-interest maximization into the study of the whole of human material life. Economics is not just about stock markets, corporate coming and goings, and household finance. Still less is it the study of greed. It is about the whole of our material existence, which includes literature, art, science, health, music, leisure, sports, and all voluntary associations within society.

In short, economics is no more or less boring than life itself. The minimum requirement for anyone who aspires to be a social-science intellectual is that he or she find society itself fascinating. The next hope is that the person desires to see society thrive in peace and prosperity. If the neoconservatives sincerely desire this, they must reject war and militarism, which only crush what markets create. They must reject the sorcerers of violence and destruction in favor of the philosophers of peace and freedom.