GET NEWS AND ARTICLES IN YOUR INBOXPrint
A
A
Home | Mises Library | Are Government Jobs Productive? 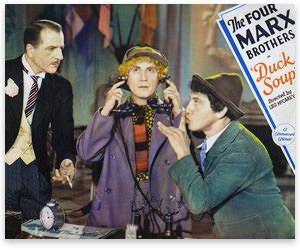 Ron Paul's recent reply to a question posed to him by Wolf Blitzer reveals an interesting litmus test for whether or not a person accepts the fundamental premise of modern (Keynesian) macroeconomics.

Appearing on CNN ahead of the speech, Paul was pressed by Wolf Blitzer on how eliminating about 221,000 government jobs across five cabinet departments would boost the economy. He responded: "They're not productive jobs," he said.

Are they, or are they not "productive jobs?"

It must first be noted that Dr. Paul does not mean to suggest that these jobs involve low productivity in the economic sense of the term, i.e., output per hour. Dr. Paul was not simply suggesting that government employees are lazy. What Paul meant was that government jobs do not provide society with a consumer good or service.

Think of the US ambassador to Ruritania. If we were to measure the ambassador's productivity in terms of output per hour, the denominator of that equation would simply consist of all the hours he or she worked.

But think about the ambassador's output. An ambassador's daily work consists largely of meeting with foreign diplomats, negotiating, writing reports and memos, and engaging in some management of diplomatic projects. Adding up all of these meetings, reports, and project-management tasks would give us some measure of ambassadorial "output." An ambassador who completes a greater number of such tasks would be more productive than another.

This gives us some measure of the ambassador's "productivity" in the economic-jargon sense of the word.

By now it should be obvious that Dr. Paul does not exactly have economic productivity in mind when he suggests that government jobs are not productive. In a technical sense, they are equally as "productive" as every other job.

Instead, Dr. Paul — along with most Austrian School economists — suggests that the tasks performed by an ambassador (or any other government employee) do not provide a market function. These services would not be demanded by anyone in a market economy.

In essence, the government creates a demand for these services out of thin air: the existence of ambassadors is what leads to the work done by ambassadors. They do not take their services to market to sell them to anyone who happens to be a willing buyer. Governments appoint ambassadors to perform services that no consumer wishes to buy.

Compare those services to the services performed by an individual for whom there is a very real demand — say, a mechanical engineer. Mechanical engineers are hired by clients who cannot efficiently meet the needs of their existing customers until they have a solution to a mechanical problem, such as moving large objects from point A to point B, increasing the speed at which widget X is produced, etc. The mechanical engineer designs a solution to these problems for a fee corresponding to the amount of money the client expects to save by having a new, more efficient solution.

The Crux of the Issue

Considering that ambassadors are paid out of money collected from public revenues, whereas mechanical engineers are paid out of the accumulated capital of individuals and firms, government jobs create the following situation:

Thus, the impact of paying government employees is to transfer economic resources from the production of economic goods and services to the performing of services for which there is no market demand.

This is what Dr. Paul means when he says that government jobs are "not productive."

The Keynesian Claim and the Litmus Test

Keynesian economists argue that the salaries given to ambassadors eventually end up in the hands of the public when the ambassadors take their salaries to market to purchase their own consumption goods and services. While an initial cost is incurred when taxes are levied, the economy as a whole should not suffer, since that money returns to the economy in the form of consumption on the part of government employees.

If we take the example no further than this, we cannot say that the Keynesian claim is wrong. The issue involved is not simply a question of whether government employees eventually spend their money on consumer goods. They do.

The litmus test is the extent to which a person believes that the government employees' consumption returns to the economy as evenly and efficiently distributed as it was before the taxes were levied. Does the money paid to government employees simply pass through the government and return to individuals within an economy exactly as it was before? Or, does the total distribution of money change when money is taxed away from producers who would use it as investment capital and given to ambassadors who use it for consumption?

Government Expenses from the Austrian Perspective

In the above example, Austrian School adherents would point out the following:

Therefore, there is a change in the distribution of resources.

What about when the ambassadors spend their money on consumption? Again, returning to the above example, Austrian School adherents would point out the following:

Ambassadors' consumption does not return to the mechanical engineers who would have been the original recipients of that money. Instead, it is diverted to producers of food, clothing, shelter, healthcare, etc. If money eventually makes its way back to the mechanical engineers, it is a much smaller share of the ambassadors' consumption expenditure.

Austrian School economists refer to this phenomenon as the non-neutrality of money.

The Austrian perspective argues that all government jobs divert resources into the production of goods and services that would either never exist in free-market conditions or would exist to a much lesser extent.

In that sense, government jobs are not productive.

Ryan P. Long works as a consultant and analyst in Ottawa, Canada. He has authored and coauthored articles for trade publications and journals of economics, management science, and health-outcomes research.