GET NEWS AND ARTICLES IN YOUR INBOXPrint
A
A
Home | Mises Library | Are Carbon Emissions the Cause of Global Warming?

Are Carbon Emissions the Cause of Global Warming? 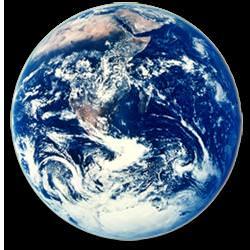 The natural science of climatology and the social science of economics find themselves bound up with each other in the debate on global warming.

There are many economic issues to discuss concerning the government's ability to control the future of weather patterns through regulation and the like.

But so far, the debate has focused on the natural-science question of whether global warming is actually occurring, and, if so, what its cause is. Here is where the popular understanding is very much in need of correction.

A paper I wrote, "I Was On the Global Warming Gravy Train," briefly describes the history of why we used to believe that carbon emissions caused global warming, and how we got to where we are now in the debate.

First crucial point, 2003: We've all seen Al Gore's movie. It was the early, low resolution ice core data first gathered in 1985 that convinced the world that CO2 was the culprit: CO2 levels and temperature rose and fell in lockstep over the last half a million years, to the resolution of the old ice core data (results from 1985–2000, data points over a thousand years apart). It was assumed (bad assumption #1) that CO2 levels controlled the world's temperature.

After further research, new high-resolution ice core results (data points only a few hundred years apart) in 2000–2003 allowed us to distinguish which came first, the temperature rises or the CO2 rises. We found that temperature changes preceded CO2 changes by an average of 800 years. So temperature caused the CO2 levels, and not the other way around as previously assumed. The world should have started backpedaling away from blaming carbon emissions in 2003.

Second crucial point, August 2007: There are several possible causes of global warming, and they each warm the atmosphere at different latitudes and altitudes — that is, each cause will produce a distinct pattern of hot spots in the atmosphere, or "signature." The greenhouse signature is very distinct from the others: warming due to greenhouse would cause most warming in the tropics at about 10 km up in the atmosphere:

Of course these observations need to be repeated by other researchers before we can be completely sure, but they are made by top-notch researchers and reported in top-of-the-line, peer-reviewed journals; so at this stage they look solid. This article from August 2007 is a hard read, but the results are new, it is the most accessible on the web so far, and is much easier to understand than the raw scientific papers:

So why did we go wrong? Another set of recent observations show why the UN climate models got it wrong.

Doubling atmospheric CO2 from the pre-industrial level of 280ppm up to 560ppm (which is roughly where the IPCC says we will be in 2100) is calculated to raise the world's air temperature by 1.2C in the absence of feedbacks such as convection and clouds. This is what you would get if the air was in a flask in a laboratory. Everyone roughly agrees with that calculated result.

But the modelers assumed (bad assumption #2) that increased warming would cause more rainfall, which would cause more clouds high up in the atmosphere — and since high clouds have a net warming effect, this would cause more warming and thus more rainfall and so on. It is this positive feedback that causes the UN climate models to predict a temperature rise due to a rise in CO2 to 560ppm to be 2.5C - 4.7C (of which we have already experienced 0.7C).

But in September 2007, Spencer, who spent a few years observing the temperatures, clouds, and rainfall, reported that warming is actually associated with fewer high clouds. So the observed feedback is actually negative, so we won't even get the full 1.2C of greenhouse warming even if carbon levels double!

As Spencer says with such understatement,

Global warming theory says warming will generally be accompanied by more rainfall. Everyone just assumed that more rainfall means more high altitude clouds. That would be your first guess and, since we didn't have any data to suggest otherwise….

Science is about observational evidence trumping theoretical calculations, which is exactly what is happening here:

The only temperature data we can trust are satellite measurements, and they only go back to 1979. They show no warming in the southern hemisphere, and the warming trend in the northern hemisphere appears to have waned since 2001:

(Gratuitous advice for those whose jobs depend on the idea that carbon emissions cause global warming: Find another job to pay your mortgage and feed your kids!)

Three Stages of Knowledge and the IPCC

Our scientific understanding of global warming has gone through three stages:

1985–2003
Old ice core data led us to strongly suspect that CO2 causes global warming.
2003–2007
New ice core data eliminated previous reason for suspecting CO2. No evidence to suspect or exonerate CO2.
From Aug 2007
Know for sure that greenhouse is not causing global warming. CO2 no longer a suspect.

The IPCC 2007 report (the latest and greatest from the IPCC) is based on all scientific literature up to mid 2006. The Bali Conference is the bureaucratic response to that report. Too bad that the data has changed since then!