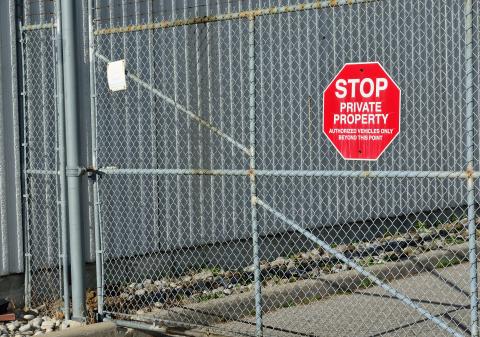 I recently received a Cato Institute policy analysis attacking antitrust laws, calling them "just another form of inefficient economic regulation."1  As papers on this subject go, it is accurate, and it certainly scores points for those who have long been arguing against these laws.

However, whether one is speaking of the recent Microsoft case or Standard Oil, there is another principle at work that I believe supercedes any argument one might make for or against the "economic efficiency" of antitrust laws.  That principle is simply the right to own private property.  As Dominick Armentano has noted in his classic Antitrust: The Case for Repeal, antitrust laws violate private property rights, and that alone should make them persona non grata.

Since the advent of neo-Marshallian economics, and especially since the development of the "economics of imperfect competition" by Alfred Marshall’s students A.C. Pigou and Joan Robinson, economists have argued that economic policy by governments must promote "economic efficiency."  Of course, their arguments of "efficiency" are based upon the model of "perfect competition," in which price equals marginal cost.

To put it another way, many mainstream economists argue that if market transactions are not made where price equals marginal cost, then an economic inefficiency exists that government must correct if truth, justice, and the American Way are to reign supreme.  Thus, they say, antitrust laws can force firms to act in more "competitive" ways (i.e. make price equal marginal cost), which thus makes the economy more efficient and adds to productivity.

These are heroic assumptions, to put it mildly.  First, for a firm to know its marginal cost, given the subjective and ever-changing nature of costs, would be quite a feat.  Second, firms charge what the market will bear.  As Murray Rothbard has pointed out in Man, Economy, and State, the price that a firm charges in a free market is, by definition, a free-market price.  As Rothbard puts it, there is no authentic differentiation between a "monopoly price" and a "competitive price."  There is only the market price, period, and that is ultimately determined by the choices and desires of consumers.

Beyond that explanation, however, is the simple truth that economists who advocate antitrust laws are declaring that the state is omniscient.  If the state intervenes in markets in order to promote "efficiency," then the only way the state can be successful in its endeavors is to know the marginal costs for all firms involved in a particular industry.  Since people closest to the action in companies have no way of determining marginal cost, it seems ludicrous to say that a bureaucrat or government lawyer is privy to such information.

Therefore, antitrust does not give us economic solutions but, rather, political ones.  The recent case against Microsoft is a case in point.  The Clinton Department of Justice went after Microsoft, not because the firm was "damaging" the economy, but rather because political allies of Bill Clinton were demanding action against their giant competitor.  Furthermore, Washington politicians soon found that attacking Microsoft and its founder, Bill Gates, was politically popular.  The press found that it all made great theater, and so the crusade to destroy Microsoft was carried on in earnest.

Since the NASDAQ began its great plunge at the time the federal court ruled against Microsoft, one can hardly say that the government’s actions created greater "economic efficiency."  (Granted, it took more than the Microsoft case to shellac the NASDAQ, but there is no doubt that Janet Reno’s jihad against the software firm helped push the stock index into the abyss.)

I do not know any reputable economist who is willing to say that political outcomes are efficient, while free-market outcomes are "inefficient."  When Marxists like Robert Heilbroner are forced to admit that Mises was correct about socialism, then it is safe to say that even mainstream economists are hard put to tout the "efficiencies" of a politically run economy.

Yet, those economists who continue to declare that antitrust laws promote economic efficiency are saying just that.  Take the July 11 announcement by Microsoft that it was changing its contract agreements with computer manufacturers, for example.  Microsoft was in a position to demand that computer makers who wanted to preload the Windows operating system had to meet certain specifications because consumers prefer Windows en masse to other systems.  If consumers had wished to go elsewhere, Microsoft could not have made those demand hold up.  Instead, we see Microsoft "voluntarily" changing its agreements—to its own detriment—because the state has been pressuring the company to do so.

It is true that Microsoft competitors like Netscape and America Online did not like that arrangement, but none of them have attempted to develop competing operating systems of their own.  Instead, they have used the state to invade the privacy of Microsoft, demanding documents, trade secrets, and other private property that they could not have attained otherwise, unless they had engaged in burglary—which the ancients once called theft.

These firms—and the gaggle of state attorneys general that are also suing Microsoft for "antitrust violations"—are not promoting "economic efficiency" in any manner, unless one considers the prospect of spending billions of dollars to make attorneys wealthy as "economically efficient."  They are seeking, not economic solutions, but rather political points.  As long as these folks can score political points by demonizing Microsoft or other firms through the anti-free-market mainstream media, they will do so, not because it helps the economy, but because it helps them.  (See my articles on Joel Klein, who led the government’s case against Microsoft, to see how this "selfless public servant" was able to feather his own nest by launching the government’s resources against the software firm.)

Therefore, I contend that, while it is good to attack antitrust laws on the basis of economic efficiency, it is not the best argument.  Like F.A. Hayek’s "knowledge" argument against socialism, it is, at best, a second line of defense.