America's Will to War: The Turning Point | Mises Institute
Skip to main content

GET NEWS AND ARTICLES IN YOUR INBOXPrint
A
A
Home | Mises Library | America's Will to War: The Turning Point

America's Will to War: The Turning Point 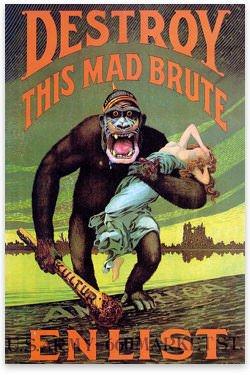 04/25/2011Ralph Raico
"The turning point was signaled by a series of military adventures… Together, they represented a profound break with American traditions of government."

[The Future of Freedom Foundation, 1995]

With the end of the 20th century rapidly approaching, this is a time to look back and gain some perspective on where we stand as a nation. Were the Founding Fathers somehow to return, they would find it impossible to recognize our political system. The major cause of this transformation has been America's involvement in war and preparation for war over the past hundred years. War has warped our constitutional order, the course of our national development, and the very mentality of our people.

The process of distortion started about a century ago, when certain fateful steps were taken that in time altered fundamentally the character of our republic. One idea of America was abandoned and another took its place — although no conscious, deliberate decision was ever made. Eventually, this change affected all areas of American life, so that today our nation is radically different from the original ideal and, indeed, from the ideal probably still cherished by most Americans.

The turning point was signaled by a series of military adventures: the war with Spain, the war for the conquest of the Philippines, and, finally, our entry into the First World War. Together, they represented a profound break with American traditions of government.

Until the end of the 19th century, American foreign policy essentially followed the guidelines laid down by George Washington in his farewell address to the American people:

The great rule of conduct for us in regard to foreign nations is — in extending our commercial relations — to have with them as little political connection as possible.

The purpose of Washington's admonition against entanglements with foreign powers was to minimize the chance of war. James Madison, the father of the Constitution, expressed this understanding when he wrote:

Of all enemies to public liberty, war is, perhaps, the most to be dreaded, because it comprises and develops the germ of every other. War is the parent of armies; from these proceed debts and taxes; and armies, and debts, and taxes are the known instruments for bringing the many under the domination of the few.

History taught that republics that engaged in frequent wars eventually lost their character as free states. Hence, war was to be undertaken only in defense of our nation against attack. The system of government that the founders were bequeathing to us — with its division of powers, checks and balances, and power concentrated in the states rather than the federal government — depended on peace as the normal condition of our society.

This was the position not only of Washington and Madison but of John Adams, Thomas Jefferson, and the other men who presided over the birth of the United States. For over a century, it was adhered to and elaborated by our leading statesmen. It could be called neutrality, or nonintervention, or America first, or, as its modern enemies dubbed it, isolationism. The great revisionist historian Charles A. Beard called it Continental Americanism. This is how Beard defined it in A Foreign Policy for America, published in 1940:

[It is] a concentration of interest on the continental domain and on building here a civilization in many respects peculiar to American life and the potentials of the American heritage. In concrete terms, the words mean non-intervention in the controversies and wars of Europe and Asia and resistance to the intrusion of European or Asiatic powers, systems, and imperial ambitions into the western hemisphere [as threatening to our security].

An important implication of this principle was that, while we honored the struggle for freedom of other peoples, we would not become a knight-errant, spreading our ideals throughout the world by force of arms. John Quincy Adams, secretary of state to James Monroe and later himself president of the United States, declared in 1821,

John Quincy Adams was the real architect of what became known as the Monroe Doctrine. In order to assure our security, we advised European powers to refrain from interfering in the Western Hemisphere. In return, however, we promised not to interfere in the affairs of Europe. The implied contract was broken and the Monroe Doctrine annulled in the early 20th century by Theodore Roosevelt and, above all, Woodrow Wilson.

"This noninterventionist America …
became the wonder of the world."

This noninterventionist America, devoted to solving its own problems and developing its own civilization, became the wonder of the world. The eyes and hopes of freedom-loving peoples were turned to the Great Republic of the West.

But sometimes the leaders of peoples fighting for their independence misunderstood the American point of view. This was the case with the Hungarians, who had fought a losing battle against the Habsburg monarchy and its Russian allies. Their cause was championed by many sectors of American public opinion. When the Hungarian patriot Louis Kossuth came to America, he was wildly cheered. He was presented to the president and Congress and hailed by the secretary of state, Daniel Webster. But they all refused to help in any concrete way. No public money, no arms, aid, or troops were forthcoming for the Hungarian cause. Kossuth grew bitter and disillusioned. He sought the help of Henry Clay, by then the grand old man of American politics. Clay explained to Kossuth why the American leaders had acted as they did: by giving official support to the Hungarian cause, we would have abandoned "our ancient policy of amity and non-intervention." Clay explained,

By the policy to which we have adhered since the days of Washington … we have done more for the cause of liberty in the world than arms could effect; we have shown to other nations the way to greatness and happiness. … Far better is it for ourselves, for Hungary, and the cause of liberty, that, adhering to our pacific system and avoiding the distant wars of Europe, we should keep our lamp burning brightly on this western shore, as a light to all nations, than to hazard its utter extinction amid the ruins of fallen and falling republics in Europe.

Similarly, in 1863, when Russia crushed a Polish revolt with great brutality, the French emperor invited us to join in a protest to the Tsar. Lincoln's secretary of state, William Seward, replied, defending "our policy of non-intervention — straight, absolute, and peculiar as it may seem to other nations,"

The American people must be content to recommend the cause of human progress by the wisdom with which they should exercise the powers of self-government, forbearing at all times, and in every way, from foreign alliances, intervention, and interference.

This policy by no means entailed the "isolation" of the United States. Throughout these decades, trade and cultural exchange flourished, as American civilization progressed and we became an economic powerhouse. The only thing that was prohibited was the kind of intervention in foreign affairs that was likely to embroil us in war.

Towards the end of the 19th century, however, a different philosophy began to emerge. In Europe, the free-trade and noninterventionist ideas of the classical liberals were fading; more and more, the European states went in for imperialism. The establishment of colonies and coaling stations around the globe — and the creation of vast armies and navies to occupy and garrison them — became the order of the day.

In the United States, this imperialism found an echo in the political class. In 1890, Admiral Alfred Thayer Mahan, of the Naval War College, published The Influence of Sea Power Upon History. Soon translated into many foreign languages, it was used by imperialists in Britain, Germany, Japan, and elsewhere to intensify the naval arms race and the scramble for colonies. In America, a young politician named Theodore Roosevelt made it his bible.

The great Democratic president Grover Cleveland — strict constitutionalist and champion of the gold standard, free trade, and laissez-faire — held out against the rising tide. But ideas of a "manifest destiny" for America transcending the continent and stretching out to the whole world were taking over the Republican Party. Roosevelt, Mahan, Senator Henry Cabot Lodge, John Hay, and others formed a cabal imbued with the new, proudly imperialist vision. They called their program "the large policy."

To them, America up until then had been too small. As Roosevelt declared, "The trouble with our nation is that we incline to fall into mere animal sloth and ease." Americans lacked the will to plunge into the bracing current of world politics, to court great dangers, and to do great deeds. Instead, they were mired in their own petty and parochial affairs — their families, their work, their communities, their churches, and their schools. In spite of themselves, the American people would have to be dragged to greatness by their leaders.

Often, the imperialists put their case in terms of the allegedly urgent need to find foreign markets and capital outlets for American business. But this was a propaganda ploy, and American business itself was largely skeptical of this appeal. Charles Beard, no great friend of capitalists, wrote, "Loyalty to the facts of the historical record must ascribe the idea of imperial expansion mainly to naval officers and politicians rather than to businessmen." For instance, as the imperialist frenzy spread and began to converge on hostility to Spain and Spanish policy in Cuba, a Boston stockbroker voiced the views of many of his class when he complained to Senator Lodge that what businessmen really wanted was "peace and quiet." He added, with amazing prescience, "If we attempt to regulate the affairs of the whole world we will be in hot water from now until the end of time."

This article is excerpted from "American Foreign Policy — The Turning Point, 1898–1919," The Future of Freedom Foundation, 1995.