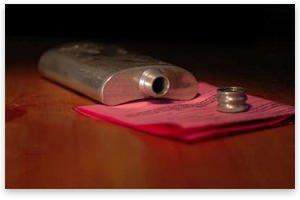 10/26/2009Christopher Westley
Is the Great Recession about to end? This has been the dominant meme at least since June, when my local paper, the Anniston Star, ran a front page story by McClatchy's Kevin Hall with the headline, "Economists: Recession Nearing End as Unemployment Dips."

Sad to say, though, that if such news is the basis for optimism, in June or today, then we are in trouble.

Before I explain why, let's review Hall's article. The July job figures turned out to be much less bad than predicted. Job losses for the month were reported at a mere 247,000, which was about 25 percent less than the figure anticipated by forecasters.

That, coupled with optimistic labor market revisions for May and June, led some economists to declare that happy days may finally, if slowly, be getting here again. In this spirit, the British investment bank, Barclays Capital Research, concluded in a report, "June is likely to have been the last month of the US recession."

Looking back, though, this was a case of celebrating short-term shifts in the data without checking to see if the fundamentals have changed. These economists, reacting to a monthly unemployment figure of 9.4 percent, were speaking too soon. One month's unemployment report is not very much to base such declarations on. There are many below-the-surface factors that should give us pause.

"A healthy recovery this year, and even more a healthy economy in the future, cannot be measured simply on the basis of jobs figures, because not all jobs produce wealth."

But there were other factors that caused the July figures to reflect what Forbes magazine called the "make-believe world of statisticians." Economist David Rosenberg reported that the automobile industry added 28,000 jobs in July, bucking a long-standing secular trend in job losses. Coupled with July hiring for the federal census, the result, as Rosenberg put it, "added … 100,000 non-recurring payrolls" to the official employment figures.

I submit that these two factors had short-term, positive effects on the labor market, but that taken together, they do not suggest the economy has somehow turned a corner.

It's always good to remember that that a healthy recovery this year, and even more a healthy economy in the future, cannot be measured simply on the basis of jobs figures, because not all jobs produce wealth. Indeed, there are good jobs and bad jobs. Good jobs create wealth and add to the productive capacity of the economy, whereas bad jobs do not.

Ludwig von Mises discussed this phenomenon in his classic Socialism (p. 457): "The interventionist policy provides thousands and thousands of people with safe, placid, and not too strenuous jobs at the expense of the rest of society." Murray Rothbard later extended this line of thought by delineating between net tax payers and net tax consumers.

The question is, to what extent are such bad, non-wealth-creating jobs skewing job figures today?

The impressive Michael Mandel of BusinessWeek recently crunched the numbers for job growth over the last 10 years, and the results, shall we say, don't look good.

He calls it a "lost decade for jobs" in the United States. I call it a disaster. Consider his graph depicting the percent change in private-sector job growth over time.

We find a traditional pattern for private-sector job growth that, although volatile (following the business cycle), remains within a 20–30 percent band for the 30-year period starting in 1971. However, this period is followed by an ominous decline in the 2000s, which approaches zero job growth by May of 2009. What's going on?

Mandel doesn't say, although he points out that the real story is somewhat worse than the data suggest. Throughout the 2000s, there was significant growth in public sector jobs, doubling that of the private sector in absolute terms. Mandel adds that, of the private-sector jobs created during this time period, most were in the "HealthEdGov" sector, meaning that these jobs — technically private — would not have existed without government spending.

The situation is troubling, to say the least. From May 1999 to May 2009, private-sector employment increased by only 1.1 percent — the lowest rate of job growth since the 1930s. This reflects structural problems within the US labor force that have increased in severity during this decade.

Consider the last economic correction in the United States. The economy was in recession at the time of 9/11, a tragedy that squelched what looked like a normal private-sector jobs rebound starting several months earlier. (In the graph above, see the bump that was well established by May 2001.)

But the tragedy of 9/11 must include its use as a justification for the largest increase in government spending since the Great Depression. The massive increase in both the welfare and warfare states following 9/11, and the conscription of capital that they entailed, forestalled the inevitable market correction for several years. And since it allowed existing malinvestments to fester, it made the present correction all the worse.

Today, the main response to ill-effects of past interventions seems to be to create even greater ones. This must stop if private-sector job growth is to recover. If not — well, don't look to individual monthly job figures as a source of optimism.