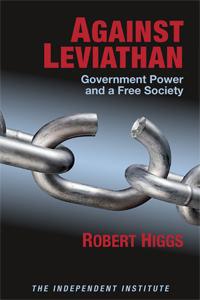 What is fundamentally wrong with government today? In Against Leviathan, economist and historian, Robert Higgs, offers an unflinching critical analysis of government power in all its aspects: welfare, warfare, regulation, spying, and its imposition on personal liberties.

Against Leviathan combines an economist's analytical scrutiny, an historian's respect for the facts, and a refusal to accept the standard excuses and cruelties of government officialdom. Topics include Social Security, the paternalism of the FDA, the "War on Drugs", the nature of political leadership, civil liberties, the conduct of the national surveillance state, and governmental responses to a continuing stream of "crises," including domestic economic busts and foreign wars both hot and cold.

Against Leviathan is a thorough and penetrating critique, and a significant contribution in this current time of crisis and unchecked expansion of government power, and a worthy successor to the author's seminal treatise Crisis and Leviathan.