RECIBE NOTICIAS Y ARTÍCULOS EN TU BUZÓNPrint
A
A
Home | Mises Library | Notes and Recollections: With the Historical Setting of the Austrian School of Economics

Notes and Recollections: With the Historical Setting of the Austrian School of Economics 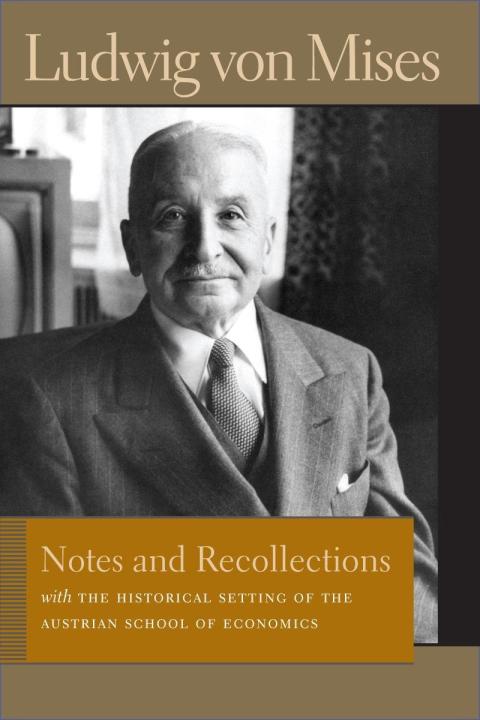 Written between 1940 and 1941, shortly after he arrived in the United States, Notes and Recollections is in effect Mises’s pre-1940 intellectual autobiography. This work reveals how Mises developed his theories, wrote his books, lectured, and taught; it describes his life in Vienna and the people with whom he worked. He also discusses his activities as an adviser to Austrian government officials and his frustrations in attempting to keep inflation and communist and Nazi ideas from destroying the Austrian economy.

As Mises explains in these two works, his viewpoint that modern economics is based on subjective value and marginal-utility theory separated him from classical economists such as Adam Smith, David Ricardo, and John Stuart Mill.

This is Mises's intellectual biography, written after he arrived in the U.S. It was written at the lowest point of his career, at a time when he had left his homeland and was snubbed by American academia for being too anti-socialist. But his steely determination to press on is evident on every page of this affecting, personal, and powerful book.