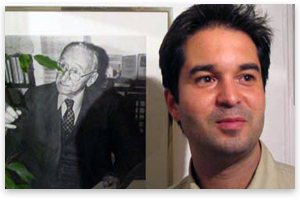 In today's Washington Post, George Will dedicates his weekly op-ed to a study done by Mises.org writer Gabriel Calzada on "green jobs":

The Spanish professor is puzzled. Why, Gabriel Calzada wonders, is the U.S. president recommending that America emulate the Spanish model for creating "green jobs" in "alternative energy" even though Spain's unemployment rate is 18.1 percent — more than double the European Union average — partly because of spending on such jobs?

Calzada, 36, an economics professor at Universidad Rey Juan Carlos, has produced a report that, if true, is inconvenient for the Obama administration's green agenda, and for some budget assumptions that are dependent upon it.

This healthcare reading list will help the concerned citizen understand how we got where we are — and where we are...

We offer a brief look into the topics most discussed in these times, with extended treatments of each in the sidebar...