One-Third of Americans Are on Government Healthcare

While perhaps a tiny step in the right direction, the new legislation signals no departure whatsoever from the long-established trend of expanding the role of government programs in subsidizing and regulating the healthcare industry.

Perhaps worst of all, since this is being called a "repeal," many may be prompted to think that the US health care system is a "free market" system, or that government spending has only a very small role in the industry.

This couldn't be further from the truth.

In fact, those numbers from the World Health Organization (WHO) are from 2014, and with the expansion in Medicaid spending under Obamacare, it's entirely plausible that the US has moved into third place in the past two years. 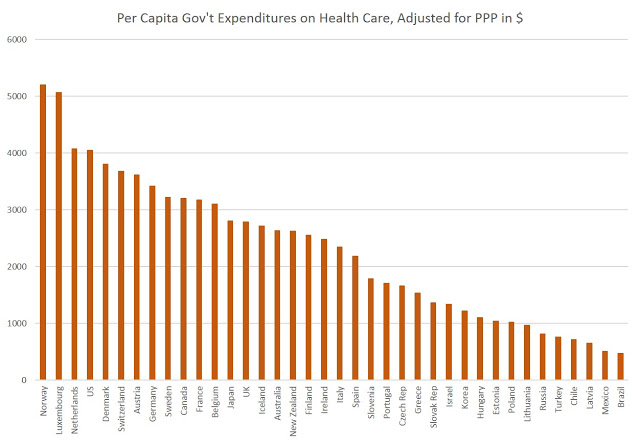 But how does this translate into actual persons on government programs? Viewed from this angle, we find that a full one-third of all Americans are either currently enrolled in a government health program, or have recently been enrolled in one. 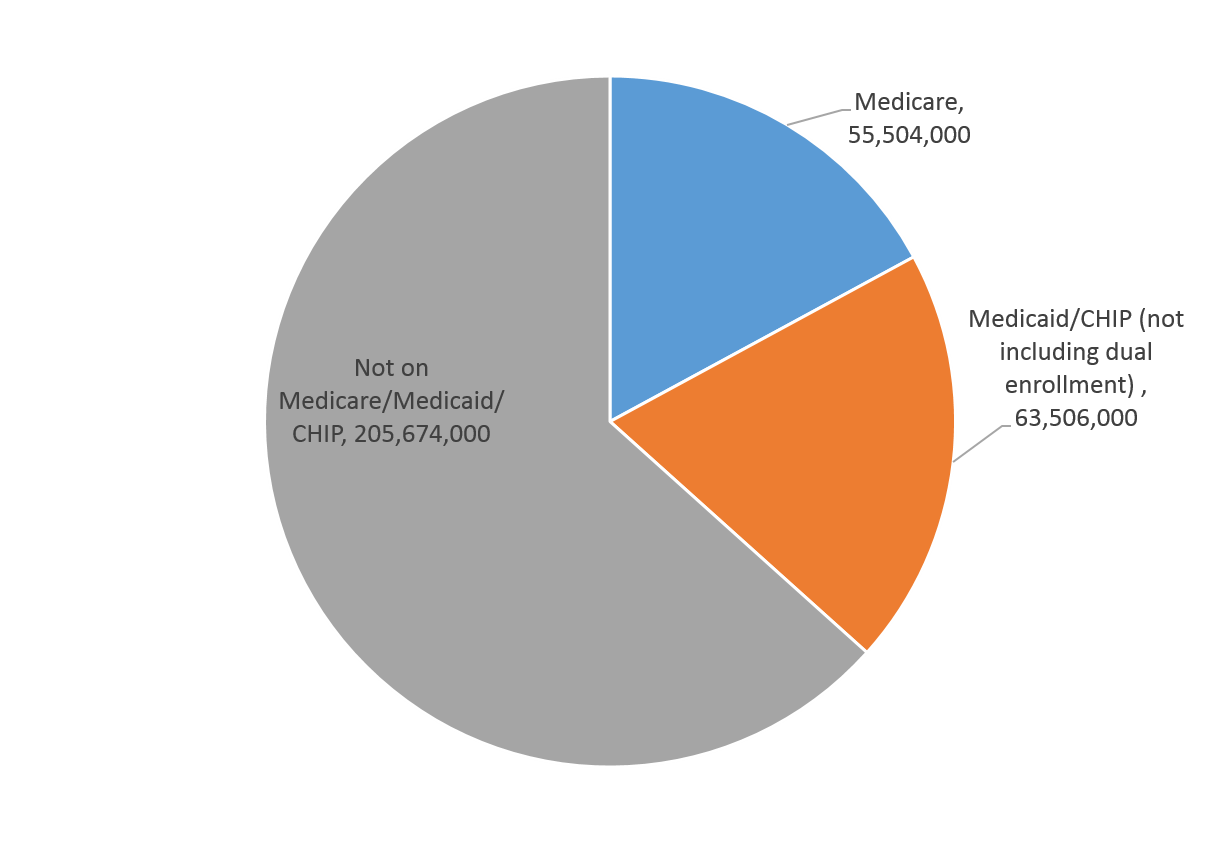 "But, wait!" you might say. "Obamacare expanded the number of people on Medicare, so maybe if we remove all of those people, the numbers will be smaller."

Yes, it's true, the numbers will be smaller, but as the Kaiser Family Foundation's research shows, the pre-Obamacare average for Medicaid/CHIP enrollment was 56.8 million. So, if we go back to that pre-Obamacare number, we end up with about 31 percent of Americans on government healthcare — still a hefty number.2

Moreover, given the way the Obamacare "repeal" is written, we shouldn't expect any sizable long-term decline in Medicaid enrollment. That upward trend is going to continue unless major reforms take place.

As an additional illustration of the outsized role of government agencies in the industry, we might also look to the fact that government programs are starting to eclipse private sector insurance within the health insurance industry:

Here's a nugget that encapsulates the health insurance industry, despite all the noise surrounding the future of the Affordable Care Act: In the first quarter of this year, Aetna collected more premium revenue from government programs (namely Medicare and Medicaid) than it did from commercial insurance for the first time ever.

Why this matters: Most people get their health coverage from their employer, and that historically has been the bread and butter of the insurance industry. But the aging population and expansion of Medicaid managed care means insurers are investing more time and money in the lower-margin (but still lucrative) government programs. Aetna, in particular, has invested heavily in Medicare Advantage.

This "free-market" health care system of ours doesn't seem to have much in the way of freedom or markets.

And finally, let's take a look at growth in federal government spending on health care over time. This is only federal spending and doesn't include state spending, such as the state-funded portion of Medicaid.

Between 1980 and 2014 — that is, before Obamacare — health care spending by the federal government increased many times over. Yes, there has been a surge in spending thanks to Obamacare, but it's a surge above what was already an immense amount of spending growth that already took place during the George W. Bush years and before. It was Bush, after all, who gave us an immense expansion of Medicare coverage into prescription drugs ten years before Obamacare.3 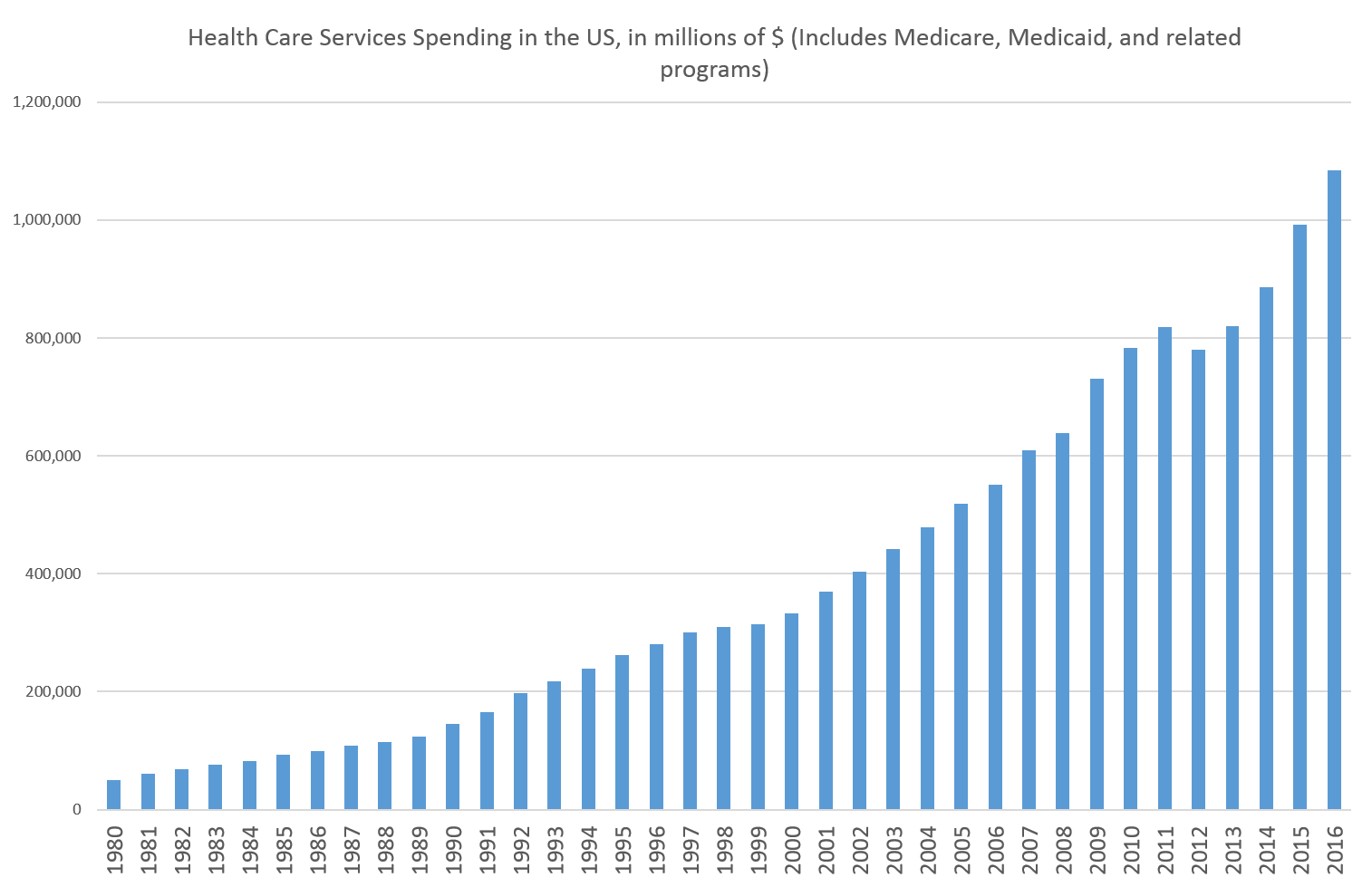 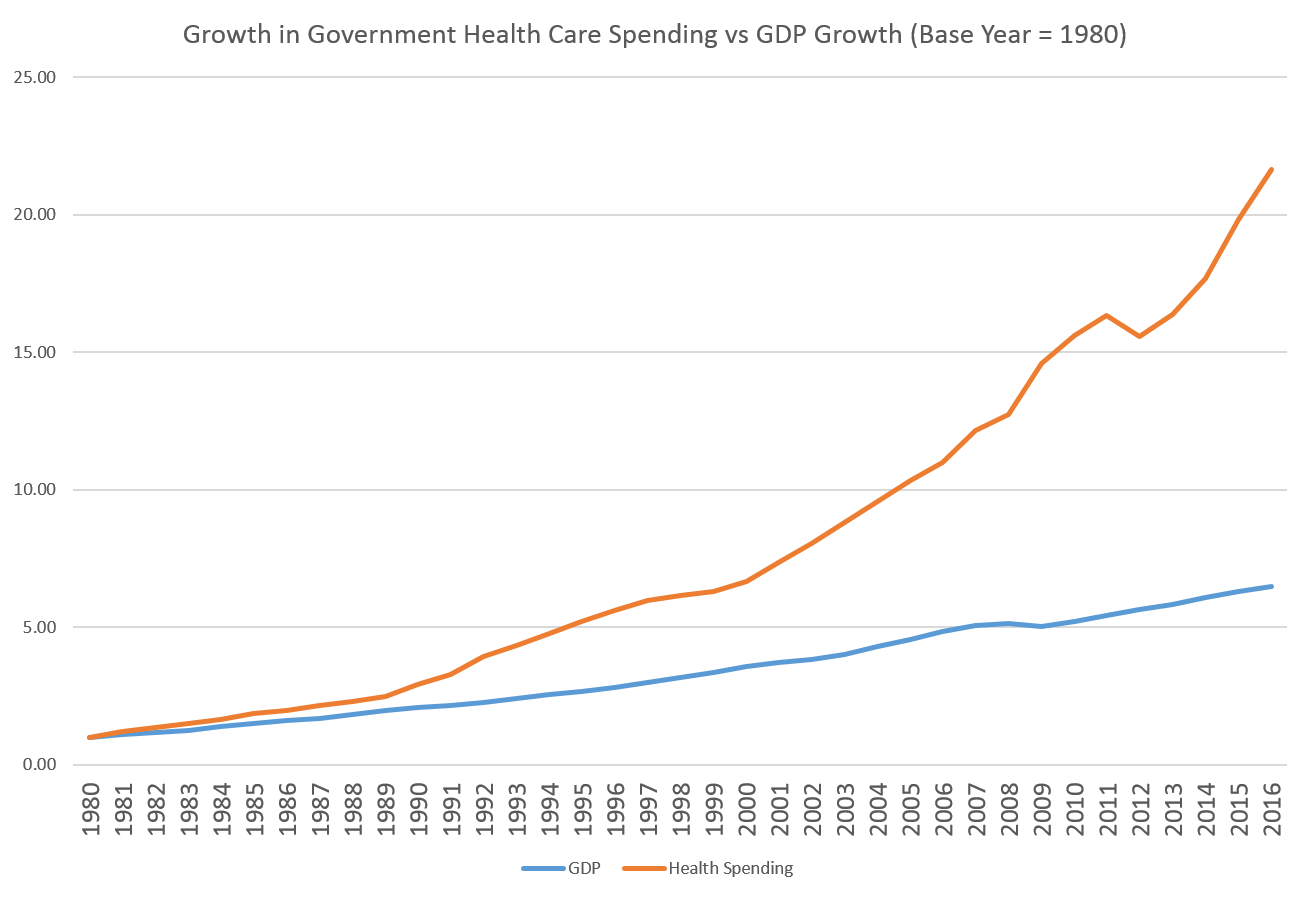 If the GOP plan passed by the House today ends up doing anything to restrain these costs, then we might say it's a small victory. But let's not pretend that government programs are not the single biggest driver of spending in the health care industry. Indeed, when it comes to spending on welfare programs, the US is a typical Western welfare state. Even with the "repeal" of Obamacare, the myth of the free-market American economic system will remain exactly that: a myth.

Federal Control of Abortion Laws Is a Form of Imperialism

The Pandemic of Executive Overreach Comes to an End. When Will the Next One Begin?

While the covid-19 pandemic brought sickness and death, another pandemic raged through Washington: abuse of executive power.