Back in June, I wrote about how the state of Nebraska would love to sue Colorado in the federal courts to force the end of cannabis legalization in Colorado:

Were it free to do so under US law, the State of Nebraska would surely be happy to impose sanctions against Colorado for its non-conformity. Nebraska may yet get what it wants if it finds a way to do so through the federal courts. When it comes to government agents, the urge to rule does not stop at the border.

So, it seems Nebraska has come up with what it thinks is a winning strategy at the Supreme Court.

The Colorado attorney general's office says the states of Nebraska and Oklahoma have filed the lawsuit directly with the nation's highest court. The attorney general's office says the lawsuit alleges "that Colorado's Amendment 64 and its implementing legislation regarding recreational marijuana is unconstitutional under the Supremacy Clause of the U.S. Constitution."

Colorado Attorney General John Suthers said in a statement that he will defend the state's legalization of marijuana.

"Because neighboring states have expressed concern about Colorado-grown marijuana coming into their states, we are not entirely surprised by this action," Suthers said. "However, it appears the plaintiffs' primary grievance stems from non-enforcement of federal laws regarding marijuana, as opposed to choices made by the voters of Colorado. We believe this suit is without merit and we will vigorously defend against it in the U.S. Supreme Court."

Nebraska and Oklahoma, through this lawsuit, signal that they wish to carry on the legal tradition of the fugutive slave laws. Namely, when some states worry that there is too much freedom in neighboring states, they crawl to the federal government to impose a uniform lack of freedom through out all states in order to assist the less free states (in this case Nebraska and Oklahoma) in strengthening their local coercive monopolies.

If Nebraska and Oklahoma are successful in their suit, it will be an enormous victory for the federal government and its efforts to further assert total supremacy over state and local laws.

The latest development also adds a new dimension to this scene from South Park. 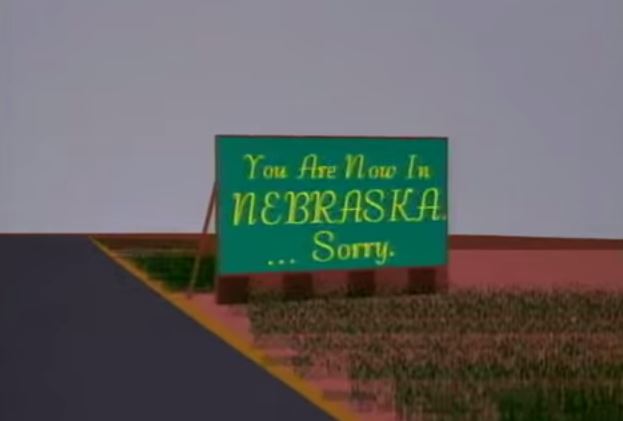 Argentina and Brazil Look to Establish a Common Currency

Two nations famous for hyperinflation now look to create a common currency. Unless that currency is gold, this is a bad idea.