GET NEWS AND ARTICLES IN YOUR INBOXPrint
A
A
Home | Wire | The Bolshevik Great Experiment: 100 Years Later

Since the beginning of the centennial of World War I, I have been writing a series of essays about the war as the memory of events passes us by--a hundred years later. But as we approach the centennial of the Bolshevik Revolution, I find it nearly impossible to delimit my thoughts on this profound event in the history of the human race as if it were only a passage of the war, like the Somme, or American intervention, or the internment of enemy aliens.

There are so many narrations of the "event" itself. There are so many answers to the question "why." There are so many clashing depictions of tectonic shifts in Russia and the world at that time, of Lenin, Trotsky, Dzerzhinsky and the rest as actors, heroes, villains, and (to some modern day sycophants) secular saints.

The inhuman cruelty, the killing capacity of this Marxist-Leninist movement which styled itself occasionally as the champion of the "people" (though much more often and much more truthfully as the vanguard of the proletariat on the march toward a revolutionary conflagration that would produce the new man) truly tests the bounds of human comprehension. Even if we take into account a group of recent historians who minimize standard historical estimates of total non-combat, democidal totals of deaths (based in part on recently found archival materials, but in part on soft hearts still loyal to the Great Experiment), the median calculation of Communist mortality by historians and demographers credits the Soviet Union of Lenin and Stalin with somewhere between eighteen and sixty-two million deaths beyond technically military losses. If we add up the democidal killings of spin-off Communist regimes across the globe, the totals are astronomical, with the estimates by historians, sociologists, demographers, and other serious analysts hovering around a hundred million human beings. 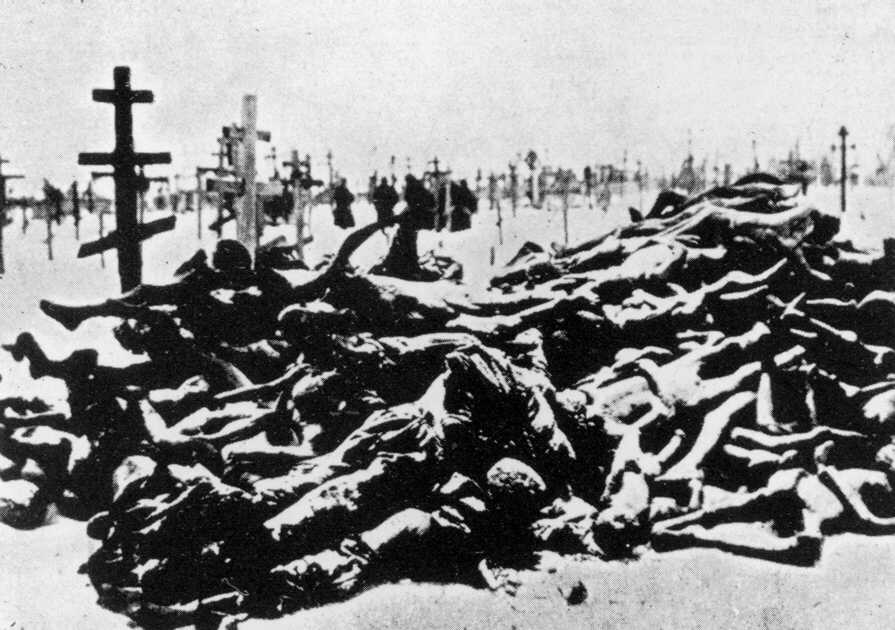 Buzuluk in the Volga Region: Victims of the famine  created by Bolshevik food confiscations, 1920-21

These deaths were, in the view of Communist elites from Lenin to Stalin to Mao to Pol Pot, necessary. The grist of History's mill, so to speak.

Still, many persist in wearing Che Guevara t-shirts and longing for the Great Experiment. In 2011, Rasmussen pollsters found that eleven percent of Americans thought that a Communist regime would be better than the current "system" of politics and economics in the United States. 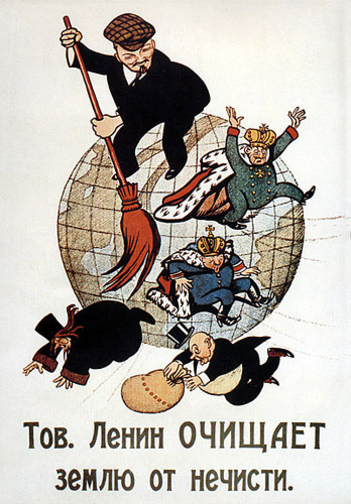 Such attitudes come in part from the lack of much serious study of history at any level in the schools in the United States and in other parts of the world. My own history students read Solzhenitsyn, or Yevgenia Ginzburg, or The Black Book of Communism and express surprise at the enormity of Communist mass murders and persecution they have hardly been aware of previously. But this phenomenon is by no means recent. In my own education, which took place, from first grade to Ph.D., during the Cold War, only one or two teachers dealt with Soviet and Communist mass murder in any way, and that was not until I was well into university historical studies. And of course Hollywood, that great shaper of popular historical awareness, has assiduously avoided all of this murder and misery. No doubt because it offers so little in the way of human drama.

In any case, the answer is not the schools, whose bureaucracy and whose ideological and even pedagogical limitations will never add to the curriculum a special chapter studying the bloody history of the Great Experiment. Rather, the solution will come through individual reading and learning among a growing subset of educated, and especially self-educated, persons committed to the exploration of the total state and its origins--outside and typically after the completion of formal schooling. The materials of this kind of guerrilla education takes the form these days of books, online seminars, special courses on economics and society, and myriad other forms of information that somehow escape from and flow around the historical narratives that avoid mentioning these profound crimes which took place in the name of the Marxist historical dialectic.

So as we come to this particular grim centennial, we do well to pay even more attention to the influence of the Bolshevik Revolution through the entirety of the last century. By any measure, World War I shaped the century after it by institutionalizing and to some extent normalizing mass violence, by unleashing the state in its aggressiveness, acquisitiveness, and power. But the "contributions" of the Bolshevik Revolution hold pride of place. As yet, the legacy of the Bolshevik takeover of the Russian Empire beginning in October/November 1917 represents the single historical fact from the Great War — of dreadfully many possible choices — that must be viewed as having visited the most misery and death on the human race in its time and over the century to come.

The Case of Adani versus Hindenburg

Can private markets only be regulated by government? Hindenburg Research's successes against corporate corruption suggest otherwise.