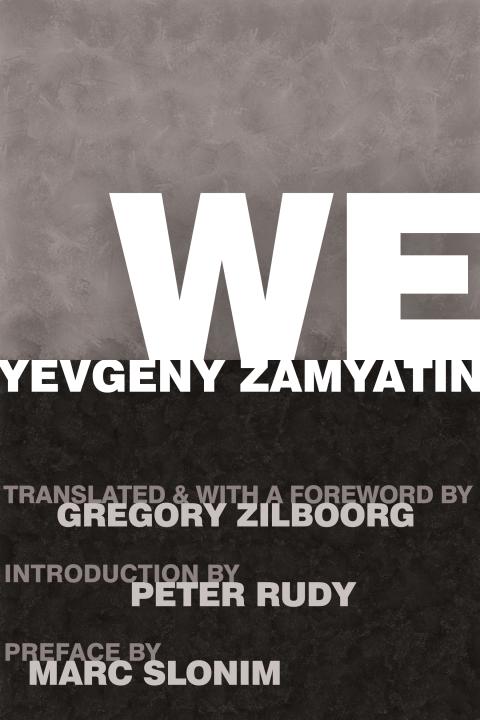 “[Zamyatin’s] intuitive grasp of the irrational side of totalitarianism — human sacrifice, cruelty as an end in itself — makes [We] superior to Huxley’s [Brave New World].” —George Orwell

An inspiration for George Orwell’s 1984 and a precursor to the work of Philip K. Dick, Ayn Rand (Anthem), and Stanislaw Lem, We is a classic of dystopian science fiction ripe for rediscovery. Written in 1921 by the Russian revolutionary Yevgeny Zamyatin, this story of the thirtieth century is set in the One State, a society where all live for the collective good and individual freedom does not exist.

Although fiction, it is a story informed by the war communism of the Soviet Union, and was of course completely banned in Russia. But the collectivism is of a recognizable type, one that threatens every society in all times. To come to understand its features and markings is the benefit of the dystopian genre. The reality that dawns on the reader is that this seeming fiction is all-too real in our times.

The novel takes the form of the diary of state mathematician D-503, who, to his shock, experiences the most disruptive emotion imaginable: love for another human being.

At once satirical and sobering, We speaks to all who have suffered under repression of their personal, economic, and cultural freedom.

“One of the greatest novels of the twentieth century.” –Irving Howe

Was a Russian author of science fiction and political satire.

Was a Russian author of science fiction and political satire.

An inspiration for George Orwell’s 1984 and a precursor to the work of Philip K. Dick, Ayn Rand ( ...