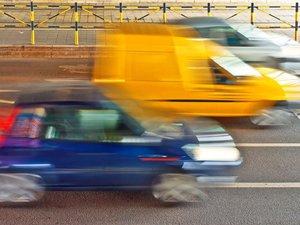 A just-released poll of Los Angeles residents found that 55 percent of respondents indicated their greatest concern was “traffic and congestion,” far ahead of “personal safety” — the next highest area of concern — at 35 percent. So if their city government was working in their best interests, it would be doing something about automobile congestion.

It is. Unfortunately, it will make things worse.

Such an effort to ration driving by worsening gridlock purgatory begs asking a central, but largely ignored, question. Why do planners’ attempts to force residents into walking, cycling, and mass transit — supposedly improving their quality of life — attract so few away from driving?

The reason it takes a coercive crowbar to get most people out of their cars is that automobile users have concluded cars are vastly superior to the alternatives.

Why is automobile use so desirable:

Those massive advantages explain why even substantial new restrictions on automobiles or improvements in alternatives leave driving the dominant choice. However, they also reveal that a policy that will punish the vast majority who will continue to drive cannot serve residents effectively.

How Restrictions on Automobiles Punish the Working Poor the Most

Cars offer a decrease in commuting times (if not hamstrung by government planning), providing workers access to many more potential employers and job markets. This improves worker-employer matches, with expanded productivity both benefiting employers and raising workers’ incomes.

One study found that a 10-percent improvement in travel time raised worker productivity 3 percent. And increasing from a 3 mph walking speed to 30 mph driving speed is a 900-percent increase. In a similar vein, a Harvard analysis found that for those lacking high-school diplomas, owning a car increased monthly earnings by $1,100.

Cars are also the only means of assembling enough customers to sustain large stores with highly diverse offerings. Similarly, “automobility” dramatically expands the menu of social opportunities that are accessible.

Supporters like Los Angeles Mayor Eric Garcetti may dismiss the serious adverse effects of the “road diets” they propose (a term whose negative implications were too obvious, getting it benched in favor of the better-sounding “complete streets”). But by demeaning cars as “the old model” and insisting “we have to have neighborhoods that are more self-contained,” the opponents of auto use do nothing to lessen the huge costs or increase the very limited benefits they plan to impose on those they supposedly represent.

Further, the “new model” of curtailing road capacity to force people out of cars is really a recycled old far-inferior model. As urban policy expert Randal O’Toole noted in The Best-Laid Plans:

Anyone who prefers not to drive can find neighborhood … where they can walk to stores that offer a limited selection of high-priced goods, enjoy limited recreation and social opportunities, and take slow public transit vehicles to some but not all regional employment centers, the same as many Americans did in 1920. But the automobile provides people with far more benefits and opportunities than they could ever have without it.