GET NEWS AND ARTICLES IN YOUR INBOXPrint
A
A
Home | Mises Library | An Unhappy Union: Marriage and the State

An Unhappy Union: Marriage and the State 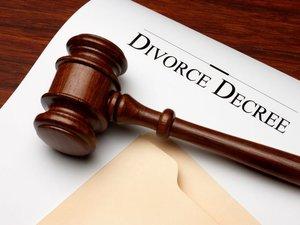 The Supreme Court’s ruling to legalize gay marriage in the case of Obergefell v. Hodges has brought with it both celebration and outrage. What seems to be missing from this discussion, however, are the dire straits that has befallen the institution of marriage in the United States and the West in general.

How Government Got Involved in Marriage

The institution of marriage has been a bedrock of civilization, but that had nothing to do with government. In fact, it’s important to note that governments didn’t become involved in the institution until relatively recently. And once involved, their role has been far from benevolent. Stephanie Coontz describes the history as follows:

For 16 centuries, Christianity also defined the validity of a marriage on the basis of a couple’s wishes. If two people claimed they had exchanged marital vows — even out alone by the haystack — the Catholic Church accepted that they were validly married.

Not until the 16th century did European states begin to require that marriages be performed under legal auspices. In part, this was an attempt to prevent unions between young adults whose parents opposed their match.

In the American colonies, marriages were required to be registered, but that was about it. Then came a combination of Jim Crow and the Eugenics movement and wise bureaucrats decided they needed to direct the decisions of their benighted citizenry.

By the 1920s, 38 states prohibited whites from marrying blacks, “mulattos,” Japanese, Chinese, Indians, “Mongolians,” “Malays’” or Filipinos. Twelve states would not issue a marriage license if one partner was a drunk, an addict or a “mental defect.”

It shouldn’t be hard to see that the government has been disincentivizing marriage for a long time with welfare and other such programs. In the early days of welfare, it was so blatant as to simply not pay if a man was in the home. Today, it’s eased up on that requirement. Still, marriage is declining rapidly in the United States in every demographic. In 1960, 72 percent of people aged eighteen and over were married; in 2010 it was 51 percent and a record number have never married at all.

Welfare has reduced the incentives to maintain families and form them in the first place by substituting the government for the economic benefits that come with a live-in spouse. One particularly good example of this is the Seattle-Denver Income Maintenance Experiment. As John C. Goodman notes “Divorce increased 36% more among whites and 42% more among blacks. (In a New Jersey experiment, the divorce rate was 84% higher among Hispanics.)”

This has a particularly bad effect on children. Today, 40.6 percent of all children are born out of wedlock as compared to less than 5 percent from 1930 to 1960. In the black community, it went from around 15 percent in 1950 (substantially less than the current white rate of 28.6 percent) to a tragic 72.3 percent today.

This increase in out-of-wedlock births brought about by government incentives has unleashed some of its worst consequences on the children it is ostensibly trying to help. The NIS-4 study found that only 2.9 children out of 1,000 were abused in intact families as compared to between 10.2 and 33.6 for all other family structures.

Furthermore, the evidence is clear that the best interests of the children are in most cases to be raised by their biological parents. Children in such homes do better on almost every measure even when controlled for socioeconomic status. And even using such controls is questionable as poverty is highly correlated with family breakup and illegitimacy. Between 1967 and 2003, the poverty rate for every cohort (single mothers, married couples with children, etc.) went down substantially. For example, the poverty rate for single mothers fell from 67.3 percent to 44.2 percent. Yet the overall poverty rate remained almost unchanged because the rate of single motherhood had risen so drastically. Yes, many single mothers (and fathers) do a great job, but it is quite obviously a lot harder to raise children alone.

And government mischief runs into divorce as well. It’s no secret that some divorce settlements beggar belief. And women are by no means immune from this either. Madonna was forced to pay something like $76 million to her husband Guy Ritchie (who just happened to also be a multimillionaire) for a marriage of only eight years.

Splitting up millions between millionaires pales in comparison to what can happen to normal citizens, though. In his book Taken Into Custody, Stephen Baskerville describes the many ways divorce courts trample over basic Constitutional liberties. For example, he notes,

The Eighth Amendment’s prohibition of “cruel and unusual punishment” does not stop family courts from summarily depriving parents of professional licenses, drivers’ licenses, and passports that bare no connection with the alleged offense. Parents who are alleged (but again, neither formally charged nor proven) to be delinquent in child-support payments also have their cars booted and their names published in the newspapers.

Even debtor’s prisons — abolished in the United States’ a generation before slavery — have made a comeback.

The Fifth Amendment guarantees that “No person shall … be deprived of life, liberty, or property, without due process of law” does not prevent family courts from jailing parents on civil contempt for weeks, months, or even years without trial. In December 2003, in response to a letter from the American Civil Liberties Union, a Montgomery County, Pennsylvania, judge freed some one hundred prisoners who had been incarcerated without due process for allegedly failing to pay child support. The fathers were sentenced with no notice given of their hearings and no opportunity to obtain legal representation. ACLU lawyer Maila Brink says courts across Pennsylvania routinely jail such men for civil contempt without proper notice or in time for them to get lawyers. Fathers relate the hearings typically lasted between thirty seconds and two minutes, during which they are sentenced to months in jail or prison. … Nothing indicates that Pennsylvania is unusual … one hundred such prisoners in each of the America’s 3,000 counties is by no means unlikely.

Now certainly divorce is sometimes necessary. But even in those cases, the evidence shows that joint custody is usually in the best interest of the child. Of course, this isn’t always the case. If for example, a woman is being beaten by her husband, she should obviously leave him and take the kids with her. But generally, a standard of joint custody seems like a fairly obvious solution to divorce court malfeasance that the government has mostly avoided. Indeed, one study found that “Divorce rates declined nearly four times faster in high joint custody states, compared with states where joint physical custody is rare.”

Government has damaged marriage at every step of the way. Indeed it is time to get government “out of the marriage business altogether.”