GET NEWS AND ARTICLES IN YOUR INBOXPrint
A
A
Home | Mises Library | This Time, It's a Bubble in Rentals

This Time, It's a Bubble in Rentals 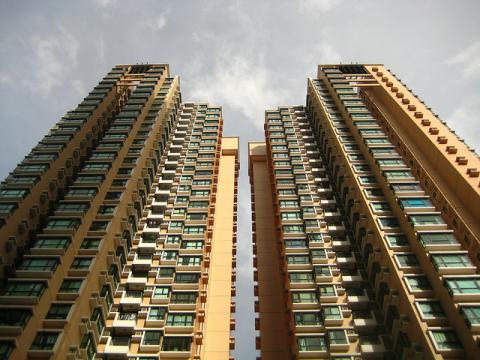 Sin City’s projected 5,000 new apartment units for this year makes no noise nationally in the latest real estate craze. “In 2017, the ongoing apartment building-boom in the US will set a new record: 346,000 new rental apartments in buildings with 50+ units are expected to hit the market,” writes Wolf Richter on Wolf Street. That is three times the number of units that came on line in 2011.

I’ve written before about the high-rise crane craze in Seattle, but that’s nothing compared to New York and Dallas, that are adding 27,000 and 25,000 units, respectively. Chicago is adding 7,800 units despite a shrinking population and rents decreasing 19 percent. 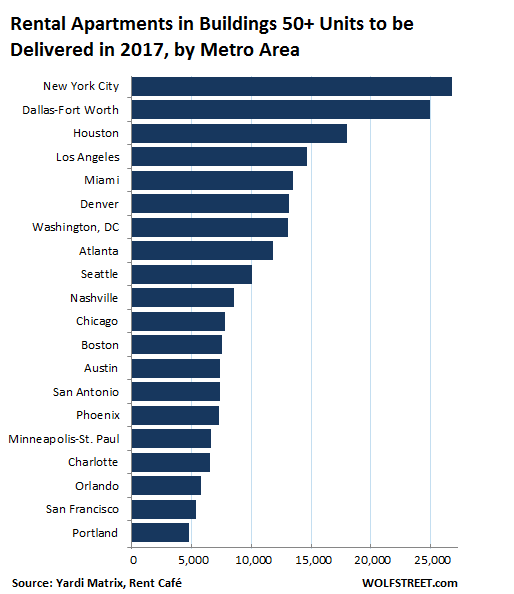 Not surprisingly, Fannie Mae and Freddie Mac are financing this rental housing boom. I wrote recently, the GSEs made 53% of all apartment loans in 2016, down from their combined 68% market share in 2012. “So, their conservator, The Federal Housing Finance Agency (FHFA), recently eased the GSE’s lending caps so they can crank out even more loans.”

Mary Salmonsen writes for multifamilyexecutive.com, “Currently, Fannie and Freddie are particularly dominant in garden apartments [and] in student housing, with 62% and 61% shares, respectively. The two remain the largest mid-/high-rise lenders but hold only 35% of the market.”

Mr. Richter warns us, “Government Sponsored Enterprises such as Fannie Mae guarantee commercial mortgages on apartment buildings and package them in Commercial Mortgage-Backed Securities. So taxpayers are on the hook. Banks are on the hook too.”

But, for the moment, it’s build them and they will come; first renters, then complex buyers. Wall Street giant “The Blackstone Group acquired three Las Vegas Valley apartment complexes for $170 million, property records show,” writes Eli Segall for the Las Vegas Review Journal. “Overall, it bought 972 units for an average of $174,900 each.”

Sales like this has developers going as fast as they can. I heard an apartment developer say Vegas has at least four more good years left in this cycle and is scrambling for new sites. In the land of Starbucks, Microsoft and Amazon, it’s thought the boom will never end. Richter writes, “the new supply of apartment units hitting the market in 2018 and 2019 will even be larger. In Seattle, for example, there are 67,507 new apartment units in the pipeline.”

However, while no one was paying attention, “the prices of apartment buildings nationally, after seven dizzying boom years, peaked last summer and have declined 3% since,” Richter writes. “Transaction volume of apartment buildings has plunged. And asking rents, the crux because they pay for the whole construct, have now flattened.”

As usual, cheap money entices developers to over do it, and the fall will be just as painful.

Douglas French is former president of the Mises Institute, author of Early Speculative Bubbles & Increases in the Money Supply, and author of Walk Away: The Rise and Fall of the Home-Ownership Myth.

Can We See the End of the World from Here? Will We Still Feel Fine?

Typical discussions about the fate of our planet center around issues like war, climate change, and sovereignty....