GET NEWS AND ARTICLES IN YOUR INBOXPrint
A
A
Home | Mises Library | Is There Room for Compromise with Socialism?

Is There Room for Compromise with Socialism? 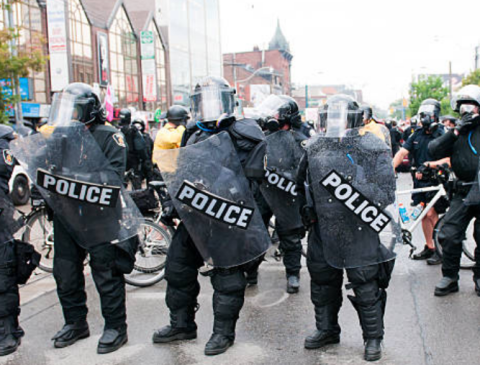 Private ownership of the means of production (market economy or capitalism) and public ownership of the means of production (socialism or communism or "planning") can be neatly distinguished. Each of these two systems of society's economic organization is open to a precise and unambiguous description and definition. They can never be confounded with one another; they cannot be mixed or combined; no gradual transition leads from one of them to the other; their obversion is contradictory. With regard to the same factors of production, there can only exist private control or public control.

If in the frame of a system of social cooperation only some means of production are subject to public ownership while the rest are controlled by private individuals, this does not make for a mixed system combining socialism and private ownership. The system remains a market society, provided the socialized sector does not become entirely separated from the nonsocialized sector and lead a strictly autarkic existence. (In this latter case there are two systems independently coexisting side by side — a capitalist and a socialist.)

Publicly owned enterprises, operating within a system in which there are privately owned enterprises and a market, and socialized countries, exchanging goods and services with nonsocialist countries, are integrated into a system of market economy. They are subject to the law of the market and have the opportunity of resorting to economic calculation.

If one considers the idea of placing by the side of these two systems or between them a third system of human cooperation under the division of labor, one can always start only from the notion of the market economy, never from that of socialism. The notion of socialism with its rigid monism and centralism that vests the power to choose and to act in one will exclusively does not allow of any compromise or concession; this construction is not amenable to any adjustment or alteration.

But it is different with the scheme of the market economy. Here the dualism of the market and the government's power of coercion and compulsion suggests various ideas. Is it really peremptory or expedient, people ask, that the government keep itself out of the market? Should it not be a task of government to interfere and to correct the operation of the market? Is it necessary to put up with the alternative of capitalism or socialism? Are there not perhaps still other realizable systems of social organization which are neither communism nor pure and unhampered market economy?

Thus people have contrived a variety of third solutions, of systems which, it is claimed, are as far from socialism as they are from capitalism. Their authors allege that these systems are nonsocialist because they aim to preserve private ownership of the means of production and that they are not capitalistic because they eliminate the "deficiencies" of the market economy.

For a scientific treatment of the problems involved, which by necessity is neutral with regard to all value judgments and therefore does not condemn any features of capitalism as faulty, detrimental, or unjust, this emotional recommendation of interventionism is of no avail. The task of economics is to analyze and to search for truth. It is not called upon to praise or to disapprove from any standard of preconceived postulates and prejudices. With regard to interventionism it has only one question to ask and to answer: How does it work?

There are two patterns for the realization of socialism.

The first pattern (we may call it the Lenin or the Russian pattern) is purely bureaucratic. All plants, shops, and farms are formally nationalized (verstaatlicht); they are departments of the government operated by civil servants. Every unit of the apparatus of production stands in the same relation to the superior central organization as does a post office to the office of the postmaster general.

The second pattern (we may call it the Hindenburg or German pattern) nominally and seemingly preserves private ownership of the means of production and keeps the appearance of ordinary markets, prices, wages, and interest rates. There are, however, no longer entrepreneurs, but only shop managers (Betriebsführer in the terminology of the Nazi legislation).

"The essential feature of government is the enforcement of its decrees by beating, killing, and imprisoning."

These shop managers are seemingly instrumental in the conduct of the enterprises entrusted to them; they buy and sell, hire and discharge workers and remunerate their services, contract debts and pay interest and amortization. But in all their activities they are bound to obey unconditionally the orders issued by the government's supreme office of production management.

This office (the Reichswirtschaftsministerium in Nazi Germany) tells the shop managers what and how to produce, at what prices and from whom to buy, at what prices and to whom to sell. It assigns every worker to his job and fixes his wages. It decrees to whom and on what terms the capitalists must entrust their funds. Market exchange is merely a sham. All the wages, prices, and interest rates are fixed by the government; they are wages, prices, and interest rates in appearance only; in fact they are merely quantitative terms in the government's orders determining each citizen's job, income, consumption, and standard of living.

The government directs all production activities. The shop managers are subject to the government, not to the consumers' demand and the market's price structure. This is socialism under the outward guise of the terminology of capitalism. Some labels of the capitalistic market economy are retained, but they signify something entirely different from what they mean in the market economy.

It is necessary to point out this fact in order to prevent a confusion of socialism and interventionism. The system of interventionism or of the hampered market economy differs from the German pattern of socialism by the very fact that it is still a market economy. The authority interferes with the operation of the market economy, but does not want to eliminate the market altogether. It wants production and consumption to develop along lines different from those prescribed by an unhampered market, and it wants to achieve its aim by injecting into the working of the market orders, commands, and prohibitions for whose enforcement the police power and its apparatus of violent compulsion and coercion stand ready.

But these are isolated acts of intervention. It is not the aim of the government to combine them into an integrated system which determines all prices, wages, and interest rates and thus places full control of production and consumption into the hands of the authorities.

The system of the hampered market economy or interventionism aims at preserving the dualism of the distinct spheres of government activities on the one hand and economic freedom under the market system on the other hand. What characterizes it as such is the fact that the government does not limit its activities to the preservation of private ownership of the means of production and its protection against violent encroachments. The government interferes with the operation of business by means of orders and prohibitions.

The intervention is a decree issued, directly or indirectly, by the authority in charge of the administrative apparatus of coercion and compulsion which forces the entrepreneurs and capitalists to employ some of the factors of production in a way different from what they would have resorted to if they were only obeying the dictates of the market. Such a decree can be either an order to do something or an order not to do something.

It is not required that the decree be issued directly by the established and generally recognized authority itself. It may happen that some other agencies arrogate to themselves the power to issue such orders or prohibitions and to enforce them by an apparatus of violent coercion and oppression of their own. If the recognized government tolerates such procedures or even supports them by the employment of its governmental police apparatus, matters stand as if the government itself had acted. If the government is opposed to other agencies' violent action, but does not succeed in suppressing it by means of its own armed forces, although it would like to suppress it, anarchy results.