Rothbard A to Z 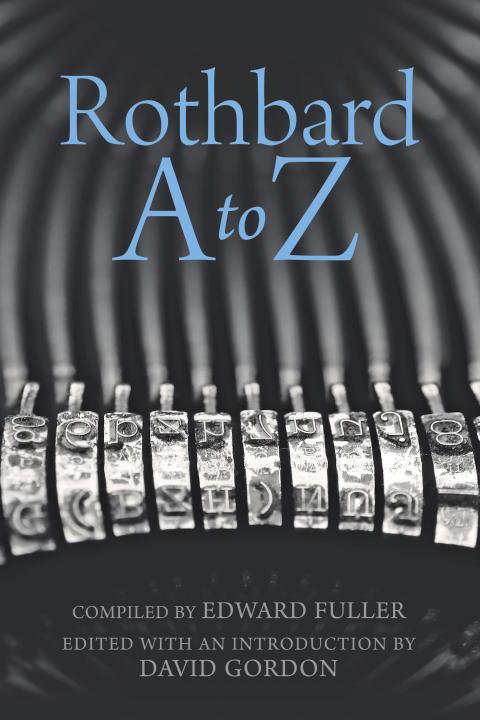 Compiled by Edward W. Fuller
Edited with an Introduction by David Gordon

Are you a Murray Rothbard fan? Do you love his writing? His clarity and style? His razor-sharp economic analysis? His penchant for slaying sacred cows?

One of the most remarkable aspects of Murray Rothbard's career wasn't simply the power of his ideas, or his razor-sharp wit, but the sheer breadth of his knowledge.

A brilliant economist, revolutionary political philosopher, bold revisionist historian, and even joyful cultural commentator, Rothbard was one of the most prolific scholars — perhaps one of the most quotable.

This is the ultimate Rothbard reference book, and your single source for his best excerpts and quotes on all the core subjects: economics, philosophy, epistemology, ethics, history, law, and libertarianism.

Considering Rothbard's 62-page bibliography — consisting of 30 full-length books, 100 full chapters for edited works, and more than 1,000 scholarly and popular articles — consuming all of his work is almost impossible. Now, thanks to Rothbard A to Z, the ability to search for Rothbard's unique views on hundreds of topics is now at your fingertips.

Compiled by Edward W. Fuller and edited by David Gordon, this massive book is a must-have for any true Rothbard aficionado.

Prolific and radical hardly begin to describe him — but his important work has never been brought together like this, a reference guide and a fun book you can open at random for the best “Murrayisms” on any topic!

Here are just a few teasers: