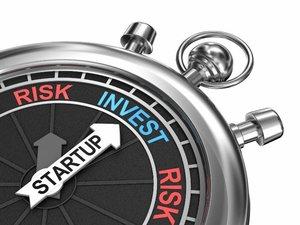 Tags Calculation and KnowledgeValue and Exchange

Is there too much short-termism in business firms? To answer this, let’s look at participants’ incentives.

Shareholders own the present value of their pro-rata share of net earnings, not just present earnings. They do not want to hurt themselves by sacrificing good investments today which raise that expected present value. Owners often tarred as too selfish do not ignore those consequences. Critics also confuse short-term corporate results as the goal, when they are actually valuable indicators of the likely future course of net earnings. Just because good short-term results raise stock prices does not imply excessive short-termism.

Since share prices are both a primary metric for managerial success and basis for their rewards, and they reflect the present value of expected future net earnings, managers’ time horizons reflect shareholders’ time horizons, stretching far beyond immediate measures.

Bondholders, who want to be paid back, incorporate the future, where repayment risks lie, in their choices. Workers and suppliers are also sensitive to firms’ future prospects, and the prospect of those relationships being terminated if things start turning south forces consideration of the future in present choices.

Beyond misinterpreting share price responses to good short-term results as short-term bias, Clinton’s main proof of short-termism was that firms have increased stock buybacks, supposedly sacrificing worthwhile investments by returning funds to shareholders. She ignores that those funds will largely be invested elsewhere with better prospects. But she also ignores that the buyback binge reflects the Fed’s long-term artificial cheapening of borrowed money. When debt financing gets cheaper relative to equity financing, firms substitute toward debt. But a firm substituting debt financing for an equal amount of equity controls no fewer funds for future-oriented investments.

The Role of the Fed and Government Intervention

Confusing business responses to artificial Fed interventions as business-caused only begins the list of government created biases toward short-termism. Constant proposals to raise corporate tax rates and worsen capital gains treatment in the future reduce the after-tax profitability of good investments. Regulatory mandates and impositions pile up, with far more put in the pipeline for the future, doing the same. Energy policy threatens huge increases in costs, reducing likely investment returns. And the list goes on.

That government regulators will put more emphasis on the future than the private sector is also contradicted by political incentives. Owners bear predictable future consequences in current share prices, but politicians’ incentives are far more short-sighted.

Government Is More Short-Term Oriented Than the Private Sector

An election loser will be out of office, and capture no appreciable benefit from efforts invested. So when an upcoming election is in doubt, everything goes on the auction block to buy short-term political advantage. And politicians’ incentives drive those facing the DC patronage machine. That is why so much “reform” meets Ambrose Bierce’s definition of “A thing that mostly satisfies reformers opposed to reformation.” The mere passage of bills in the political nick of time, even largely unread ones, can be declared victorious legacies, with harmful consequences never effectively brought to bear on decision-makers.

Not only is politics inherently more short-sighted than private ownership and voluntary contractual arrangements, there is a cornucopia of examples of government short-termism at the expense of the future, whose magnitude dwarfs anything they promise to reform.

Political attacks on short-termism, and reforms to fix it, are beyond confused. They ignore financial market participants’ clear incentives to take future effects into account. They are clueless about what provides evidence of short-termism. They treat private sector responses to government impositions as private sector failures. They ignore far worse political incentives facing “reformers.” And they act as if the most egregious examples of short-termism in America, all government progeny, don’t exist.

There is little to Clinton’s criticism and alleged solutions beyond misunderstanding and misrepresentation. We should recognize, with Henry Hazlitt, that “today is already the tomorrow which the bad economist yesterday urged us to ignore,” and that expanding government’s power to do more of the same is not in Americans’ interests.

The Economy Is a Mess: What Lessons Will We Learn?

As inflation advances and the economy slowly implodes, we also learn valuable lessons.

Why Proposition 13 and Attacking It Are Both Popular