The Political Importance of Murray Rothbard 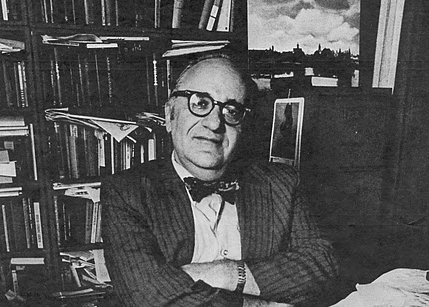 It would be difficult to exaggerate Professor Murray N. Rothbard's influence on the movement for freedom and free markets. He is the living giant of Austrian economics, and he has led the now-formidable movement ever since the death of his great teacher, Ludwig von Mises, in 1971. We are all indebted to him for the living link he has provided to Mises, upon whose work he has built and expanded. But many are less aware of Rothbard's political influence. Some would say that while he is undoubtedly an excellent economist, his political efforts have been less than successful. I would deny this.

Rothbard is the founder of the modern libertarian movement, and of the Libertarian Party which is its political incarnation, and he thus has built the necessary foundation for liberty by inspiring the most important third-party movement ever. And in my own political work, I have been profoundly influenced by the lucid and brilliant works of Rothbard. In his first correspondence with me after I was elected to office, Rothbard expressed surprise and delight to find a real Congressman who wrote that "taxation is theft," and approvingly quoted his article, "Gold vs. Fluctuating Exchange Rates." I, of course, was thrilled to hear from someone whose works I had studied and admired for so many years.

The aura that has traditionally surrounded American politics in this century has turned to suspicion during the past decade. The scandals of Watergate (and, let us hope, Iran-Contragate as well) convinced the public, for a time, that it is naive to trust any mainstream politician. Rothbard was delighted with the whole event, saying in 1979 that, "it is Watergate that gives us the greatest single hope for the short-run victory of liberty in America. For Watergate, as politicians have been warning us ever since, destroyed the public's 'faith in government' — and it was high time, too. "Rothbard rejoices, saying, "government itself has been largely desanctified in America."

No one trusts politicians or government anymore; all government is viewed with abiding hostility, thus returning us to that State of healthy distrust of government that marked the American public and the American revolutionaries of the eighteenth century." For the sake of liberty, let us hope this hostility isn't just a passing phase.

Most understand that what a politician says during his campaign is rarely compatible with his performance. Still, this broad — and healthy — cynicism does not translate into clear public understanding of the lies of the average politician.

It is incredible how a politician can maintain an image while the facts clearly point in the opposite direction. Many still see President Reagan as a budget-cutter while he has proposed the largest budgets and deficits in our history.

While it is perhaps understandable that the public remains naive about the realities of politics, given the Establishment-media conspiracy to hide the truth, but the tendency of scholars to gloss over facts and misrepresent realities is absolutely inexcusable. Academics tend to cling to old interpretations, or worse, old Statist ideals which blur their view of reality. And when prevailing historical orthodoxy is challenged, those who have an interest in maintaining myths attempt to silence their opponents.

Just one example from his works is the case of Murray Rothbard's revisionist analysis of Herbert Hoover's pre-Depression years. When Rothbard set out to tell the story of Hoover, consider what he was up against. Republicans, who for the most part opposed Roosevelt's New Deal, blame the enormous growth of government that occurred during those years on the Democrats. Conversely, the Democrats, who are proud of the New Deal, take credit for it. Thus Republicans are taught that "Hoover's only problem was that he did not have a Republican Congress," and Democrats are taught that government should solve any crisis that "socially Darwinian free markets inevitably cause," just as Roosevelt did. And intellectuals are notoriously stubborn about accepting new historical interpretations, especially if the revision favors free markets over government planning.

It is a tough job to change historical interpretations — no matter how false — which have been solidified for generations in the minds of State-protecting partisans. Nevertheless Rothbard announced in 1963: "Herbert Clark Hoover must be considered the founder of the New Deal in America." And in fact "Franklin D. Roosevelt, in large part, merely elaborated the policies laid down by his predecessor."

Rothbard's analysis is stunning and exhaustive. He set out to prove his proposition and did so without question. Hoover was an interventionist. He was philosophically committed to using the coercive machinery of government to bring about full employment, insure the survival and influence of labor unions, manipulate the price level for farmers' benefit, maintain wage levels and deport immigrants, prevent bankruptcies, and above all to inflate the money supply. Hoover did this in spite of the "bitter-end liquidationists" who thought the Depression represented a necessary correction in the malinvestment of the previous decade.

And indeed, against all odds, Rothbard has made inroads to changing the way history treats Hoover. The eminent British historian Paul Johnson, who became the darling of the conservative movement with his massive study on the history of Christianity and his history of the world during the twentieth century, Modern Times, was directly influenced by Rothbard's reconstruction of Hoover. In Modern Times, Johnson calls Hoover's fiscal and monetary policies "vulgar Keynesianism," a point upon which Rothbard had previously elaborated.

Idols for Destruction, a scholarly work by Herbert Schlossberg now causing much talk in conservative and evangelical circles, enthusiastically echoes Rothbard's historical revision of Hoover. "Herbert Hoover, amazingly referred to even by historians as a partisan of laissez-faire, energetically supported ... a powerful central State that would coordinate the efforts of business."

The New Deal was not new after all. It was hatched in the decade prior to Roosevelt's ascension to power. Rothbard's analysis, directly and indirectly, has led many to be more objective when evaluating partisan politics, both now and in the past.

Years before I ever thought of running for Congress, I came across Rothbard's America's Great Depression. Before reading it, my thinking was clouded by the temptation to divide these issues and ideas in partisan terms. Rothbard fixed that.

America's Great Depression was a key book in my conversion to pure free-market, libertarian thinking. The confidence I gained with ammunition supplied by Rothbard encouraged my entry into politics, since I needed the reassurance that my intuitive allegiance to liberty was shared by great thinkers. Rothbard taught me to always keep the distinction between peaceful market activity and State coercion in my mind. It served as a constant guide once I was in office.

I wanted to see the brilliant writings of theoreticians such as Rothbard translated into practical political action. To my surprise there was a strong constituency for these views, and I was elected to four terms. Even a person familiar with only a small part of the vast work Rothbard has produced during his career knows his attitude towards politics. Like Mises, he labels the State as the "social apparatus of violent oppression."

How do we minimize the role of the State? To bring about radical and permanent change in any society, our primary focus must be on the conversion of minds through education. This is a task to which Rothbard has dedicated his life. That's why he was such a willing participant on so many occasions in the educational functions I held for interns, staffers, and Members of Congress. After speaking at a seminar I held, he expressed delight at the large turn-out, saying it "shows the extent to which our ideas have permeated politics and public opinion, far more than I had hoped or believed."

But because Rothbard sees education as the primary vehicle for change, that does not mean, of course, that he is opposed to getting directly involved in political action towards a libertarian society. As he had said, "since the State will not gracefully convert itself out of power, other means than education, means of pressure, will have to be used."

That's why I asked his help when I was appointed to the U.S. Gold Commission, and Rothbard produced brilliant material on American monetary history in the nineteenth century, especially as related to gold and the evils of central banking. These are issues that Rothbard has refused to compromise on, despite enormous pressure from inside and outside the movement. To this day, he remains the most persuasive monetary theorist and consistent critic of inflation and fiat paper money. When gold is once again restored to a central place in our monetary system, we will owe a gigantic debt to the work of Rothbard.

In fact, Rothbard's work with the Gold Commission helped us get on the road to a gold coin standard, because out of the Gold Commission came support for my legislation to mint the American Eagle Gold Coin. And his encouragement and support helped me make up my mind to run for the Presidency of the United States on the Libertarian Party ticket.

In a multitude of ways, Rothbard's work has given not only me but all of us the ammunition we need to fight for the American dream of liberty and prosperity for all mankind.

This is a chapter from Man, Economy, and Liberty: Essays in Honor of Murray N. Rothbard, edited with an introduction by Walter Block and Lew Rockwell.