GET NEWS AND ARTICLES IN YOUR INBOXPrint
A
A
Home | Mises Library | Piketty Is Wrong: Markets Don’t Concentrate Wealth 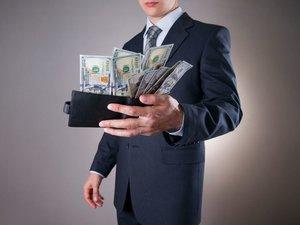 The old Marxist apocalyptical fear of ever-rising inequality in capitalist societies is growing. The capitalist elite, it is said, benefit from a dynamic of infinite accumulation of wealth and will be able soon to buy everything and everybody, including the government. This fear of unlimited accumulation of wealth by a few was the main theme of Thomas Piketty’s Capital in the Twenty-First Century, published in French in 2013. For example, Piketty writes:

It would be a serious mistake to neglect the importance of the scarcity principle for understanding the global distribution of wealth in the twenty-first century. To convince oneself of this, it is enough to replace the price of farmland in Ricardo’s model by the price of urban real estate in major world capitals ...

To be sure, there exists in principle a quite simple economic mechanism that should restore equilibrium to the process: the mechanism of supply and demand. If the supply of any good is insufficient, and its price is too high, then demand for that good should decrease, which should lead to a decline in its price. In other words, if real estate and oil prices rise, then people should move to the country or take to traveling about by bicycle (or both). Never mind that such adjustments might be unpleasant or complicated; they might also take decades, during which landlords and oil well owners might well accumulate claims on the rest of the population so extensive that they could easily come to own everything that can be owned, including rural real estate and bicycles, once and for all. (Piketty 2013)

Let us put aside the fatuous example involving a bike as a market response to scarcity — that is a negative technological shock despite the fact that we are today in a highly innovative world. Piketty actually believes that a single person or entity owning “everything” can be a possible outcome of free-market capitalism. According to him, if r > g (i.e., if the rate of return on capital is superior to economic growth) there will be an “endless inegalitarian spiral.” If Piketty had read Austrian economists and had mastered the economic calculation debate, he would have noticed that the unhampered market cannot lead to a situation of wealth accumulation where there is only a single individual or cartel owning everything. Indeed, a situation with one big cartel or one owner is equivalent to full socialism and therefore, to a situation where no rational allocation of resources would be possible, as Mises showed in Socialism. It is Rothbard who brilliantly pointed out that calculability is an upward limit to the size of the firm. But this argument can equally be applied to individual ownership concentration. As Rothbard points out:

[T]he free market placed definite limits on the size of the firm, i.e., the limits of calculability on the market. In order to calculate the profits and losses of each branch, a firm must be able to refer its internal operations to external markets for each of the various factors and intermediate products. When any of these external markets disappears, because all are absorbed within the province of a single firm, calculability disappears, and there is no way for the firm rationally to allocate factors to that specific area. The more these limits are encroached upon, the greater and greater will be the sphere of irrationality, and the more difficult it will be to avoid losses. One big cartel would not be able rationally to allocate producers’ goods at all and hence could not avoid severe losses. Consequently, it could never really be established, and, if tried, would quickly break asunder.

The lack of theoretical rigor in Piketty’s book is striking. Whereas he is supposed to study the dynamics of income inequality in capitalist societies, he barely analyzes the role of entrepreneurship, and, when he does, he gives absolutely no definition of what it is. This lack of rigor enables him to lead an ideological battle against the rich that he considers as being “undeserving.” Similarly, whether it is Piketty or Anthony Atkinson, none of these modern egalitarians mentions the role of division of labor in the distribution of wealth.

We know however that division of labor is a necessary feature of the market economy. Indeed, the very existence of rich capitalists is not a matter of inheritance or undeserved ownership but is the result of the law of comparative advantage. A capitalist is someone who has a comparative advantage at allocating capital and therefore is specialized in this task. On the unhampered market, those who tend to be the wealthiest tend also to be the most efficient men at allocating capital. If their ownership ability is poor, the consumers sanction them. If their ownership ability is good, the consumer will reward them.

Frédéric Bastiat, while on his deathbed in Rome, and despite being severely ill, made it very clear to his friend Prosper Paillottet, that economists should focus primarily on the consumer. The consumer, he said, is the primary source of any economic phenomena. The major flaw of Piketty’s book is that he explains inequality not by starting from consumers’ choice but by starting from capital ownership. Owners, Piketty says, benefit from a rate of return and when this rate is higher than economic growth, it intensifies income inequalities. For Piketty, the rate of return on capital is a mythical stream of income which depends not upon ownership abilities but on how much capital you own. But the distribution of wealth is not as arbitrary as Piketty would like to think. The consumer has the final word in the decision of who must own the factors of production. As Mises in Human Action explained, the wealthy “are not free to spend money which the consumers are not prepared to refund to them in paying more for the product.” On the unhampered market, the rich can accumulate more wealth only if he is efficient to the task of allocating capital, for the benefit of all. We must admit that we see nothing morally wrong about that. Quite the contrary, we applaud it.

Because the economic theory underlying Piketty’s thesis is weak, his explanations do not match with empirical evidence. In fact, Piketty (2015) himself had to admit that he does not “view r > g as the only or even the primary tool for considering changes in income and wealth in the twentieth century, or for forecasting the path of inequality in the twenty-first century.” And indeed, r > g is not a useful tool for the discussion of rising inequality of labor income. But surprisingly, Piketty himself admitted the weakness of his model since the rise of top income shares in the United States over the 1980–2010 period is due for the most part to rising inequality of labor earnings.

We should also highlight that 56 percent of Americans are, during at least one moment of their lives, part of the top 10 percent in incomes (a ratio of 5.6), and 12 percent are in the top 1 percent (a ratio of 12). Therefore, we can conclude that the richer you are, the more volatile is your wealth. This is a valid critique we can address to Thomas Piketty, Atkinson, and many other egalitarians.

Indeed, if wealth is that unstable in the 1 percent, we can then conclude that infinite concentration of wealth is a myth and does not happen in a market economy. On the contrary, capitalist societies are more prone to intergenerational mobility, upward and downward. Therefore, if inequality of income at a particular point of time in capitalist societies can be higher than in more socialistic economies, the market economy might very well offer more equality when we consider the lifelong income disparities between individuals.

More than 100 years ago, a French economist published a book about inequality. Like Thomas Piketty’s Capital in the Twenty-First Century, this book was celebrated in the United States. But unlike Thomas Piketty, Paul Leroy Beaulieu tried to explain in his book Essai sur la Répartition des Richesses (1881) why he thought inequality, without being eradicated, would decrease in capitalist societies. The radical difference of tone between those two books is a good illustration of the intellectual bankruptcy of both the United States and France since the Belle époque. From classical liberalism, we succumbed to the illusion of egalitarianism, and from liberal optimism about the free-market order, we went to egalitarian and socialist pessimism. Today, many inequalities are due to government violent intervention in the market order. And we should therefore wonder, after all, if it is not wiser to listen to Paul Leroy Beaulieu rather than to Thomas Piketty.