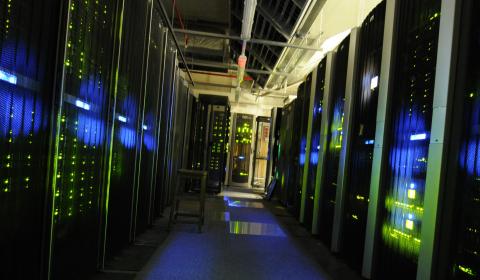 Ira Levin's gift is no longer what it once was, to judge from his recent Son of Rosemary and his Sliver a few years back. Still, we are permanently in Levin's debt. For decades he produced some of the most exciting and intelligent page-turners in the business — A Kiss Before Dying, Rosemary's Baby, The Stepford Wives, and The Boys from Brazil. Like his Broadway hit, Death Trap, these were all turned into movies. Rosemary's Baby, brilliantly directed by Roman Polanski with a superb cast, was understandably omitted from the American Film Institute's recent list of the 100 greatest American films — otherwise, there might not have been room for Jaws or Dances with Wolves. However, the best work of Levin's creative period was never filmed at all. It is This Perfect Day.

This Perfect Day belongs to the genre of "dystopian" or anti-utopian novels, like Huxley's Brave New World and Orwell's 1984. Yet it is more satisfying than either. Not only is its futuristic technology more plausible (computers, of course), but the extrapolation of the dominant ideology of the end of the twentieth century is entirely convincing. And from the children's rhyme at the beginning: Christ, Marx, Wood, and Wei, Led us to this perfect day…. to the thrilling denouement some 300 pages later, the novel is practically the ideal-type of a good read.

The action begins in the year 141 of the Unification, the establishment of global government, which finally led to consolidating all the world's super-computers into one colossal apparatus lodged deep below the Swiss Alps. Uni-Comp classifies and tracks all the "members" (of the human Family), decides on their work, residence, and consumption goods, whether they will marry and if so whether they will reproduce, and everything else.

Egalitarianism and altruism are all-pervasive. "Losing's the same as winning" is one of the catch-phrases drilled into kids. "Hate" and "fight" are the dirty words — only a very sick member would utter such a shocker as, "Fight you, brother-hater!" Genetics has progressed to the point where skin color (tan), body shape (unisex), and facial features (brown slanted eyes) ran mostly be programmed. Scientists are busily at work rooting out the biological basis of aggressiveness and egotism and implanting docility and loving kindness in their stead. The aim is to have this compassionate race expand across the universe, and space exploration is another of the Family's unifying collective goals.

While awaiting the final solution to the individualist problem, Uni subjects every member to monthly "treatments." The injections include vaccines, contraceptives, tranquilizers as prescribed, and a medication that reduces aggressiveness and limits the sex drive to a lackadaisical once-a-week encounter. All of this is mediated by super-caring Psychotherapists, who constantly monitor the members' mental health.

Enter Chip — official name Li RM35M4419 — the hero, not just "protagonist" of this novel. From the start two things distinguish Chip. First, one of his eyes is green, genetic science not yet being foolproof. Second, he has a grandfather, Papa Jan, a throwback to pre-U times, who bestowed the nickname "Chip" on the lad after his own granddad, a fearless cosmonaut. Papa Jan perplexes Chip: Often he says things in such a way that he seems to mean the opposite of his words. On a family trip to the world's greatest tourist attraction, Papa Jan — who worked on the construction of UniComp — shows Chip the real Uni, not the pastel proxies on inspiring display.

As he grows up, Chip keeps having heretical thoughts. Something about the uniformity of design in apartments and public buildings is vaguely disturbing. Even the pictures on the wall go against the grain — always one of a handful that includes Christ Expelling the Money Changers, Marx Writing, and Wei Addressing the Chemotherapists. But the monthly treatments quickly submerge such troubling ideas.

Chip is discovered by a small group of dissidents, misfits like himself who have found a way to minimize the effects of the treatments. They meet in secret, spending their time cursing Uni, pairing off for "untreated" sex, and most depraved of all, smoking tobacco. To persuade Chip to trick Uni into giving him reduced treatments, they introduce him to the concept of "consent": "Your body is yours, not Uni's." But Chip has had the Family's philosophy drummed into him — there are no ethical or political conflicts, only medical problems, questions of mental health or illness. He argues with himself. "As if consent had anything to do with a treatment given to preserve one's health and well-being, an integral part of the health and well-being of the entire Family!" Uni, after all, has provided everything he's ever had, his food, his clothes, his education; it even granted permission for his conception. Try to trick Uni? Just how sick is he?

This is as much of the splendidly inventive plot as can decently be divulged. It's not really giving anything away to say that Chip will somehow withdraw himself from the Family, and that, in the end, he will keep his destined date with the real UniComp.

Ira Levin's great book cries out to be filmed. Yet who in Hollywood could be trusted to direct This Perfect Day in the spirit in which it was written? The name Mel Gibson comes to mind.