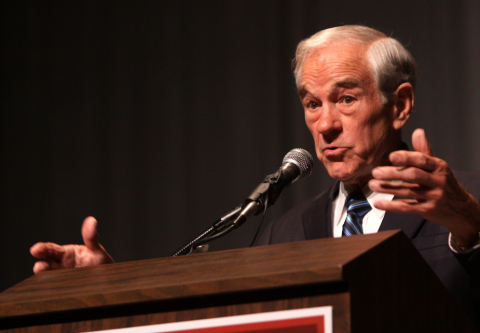 Liberty means to exercise human rights in any manner a person chooses so long as it does not interfere with the exercise of the rights of others. This means, above all else, keeping government out of our lives. Only this path leads to the unleashing of human energies that build civilization, provide security, generate wealth, and protect the people from systematic rights violations. In this sense, only liberty can truly ward off tyranny, the great and eternal foe of mankind.

The definition of liberty I use is the same one that was accepted by Thomas Jefferson and his generation. It is the understanding derived from the great freedom tradition, for Jefferson himself took his understanding from John Locke (1632–1704). I use the term “liberal” without irony or contempt, for the liberal tradition in the true sense, dating from the late Middle Ages until the early part of the twentieth century, was devoted to freeing society from the shackles of the state. This is an agenda I embrace, and one that I believe all should embrace.

To believe in liberty is not to believe in any particular social and economic outcome. It is to trust in the spontaneous order that emerges when the state does not intervene in human volition and human cooperation. It permits people to work out their problems for themselves, build lives for themselves, take risks and accept responsibility for the results, and make their own decisions.

Our standards of living are made possible by the blessed institution of liberty. When liberty is under attack, everything we hold dear is under attack. Governments, by their very nature, notoriously compete with liberty, even when the stated purpose for establishing a particular government is to protect liberty.

Take the United States, for example. Our country was established with the greatest ideals and respect for individual freedom ever known. Yet look at where we are today: runaway spending and uncontrollable debt; a monstrous bureaucracy regulating our every move; total disregard for private property, free markets, sound money, and personal privacy; and a foreign policy of military expansionism. The restraints placed on our government in the Constitution by the Founders did not work. Powerful special interests rule, and there seems to be no way to fight against them. While the middle class is being destroyed, the poor suffer, the justly rich are being looted, and the unjustly rich are getting richer. The wealth of the country has fallen into the hands of a few at the expense of the many. Some say this is because of a lack of regulations on Wall Street, but that is not right. The root of this issue reaches far deeper than that.

The threat to liberty is not limited to the United States. Dollar hegemony has globalized the crisis. Nothing like this has ever happened before. All economies are interrelated and dependent on the dollar’s maintaining its value, while at the same time the endless expansion of the dollar money supply is expected to bail out everyone.

This dollar globalization is made more dangerous by nearly all governments acting irresponsibly by expanding their powers and living beyond their means. Worldwide debt is a problem that will continue to grow if we continue on this path. Yet all governments, and especially ours, do not hesitate to further expand their powers at the expense of liberty in a futile effort to force an outcome of their design on us. They simply expand and plummet further into debt.

Understanding how governments always compete with liberty and destroy progress, creativity, and prosperity is crucial to our effort to reverse the course on which we find ourselves. The contest between abusive government power and individual freedom is an age-old problem. The concept of liberty, recognized as a natural right, has required thousands of years to be understood by the masses in reaction to the tyranny imposed by those whose only desire is to rule over others and live off their enslavement.

This conflict was understood by the defenders of the Roman Republic, the Israelites of the Old Testament, the rebellious barons of 1215 who demanded the right of habeas corpus, and certainly by the Founders of America, who imagined the possibility of a society without kings and despots and thereby established a framework that has inspired liberation movements ever since. It is understood by growing numbers of people who are crying out for answers and demanding an end to Washington’s hegemony over the world.

And yet even among the friends of liberty, many people are deceived into believing that government can make them safe from all harm, provide fairly distributed economic security, and improve individual moral behavior. If the government is granted a monopoly on the use of force to achieve these goals, history shows that that power is always abused. Every single time.

Over the centuries, progress has been made in understanding the concept of individual liberty and the need to constantly remain vigilant in order to limit government’s abuse of its powers. Though steady progress has been made, periodic setbacks and stagnations have occurred. For the past one hundred years, the United States and most of the world have witnessed a setback for the cause of liberty. Despite all the advances in technology, despite a more refined understanding of the rights of minorities, despite all the economic advances, the individual has far less protection against the state than a century ago.

Since the beginning of the last century, many seeds of destruction have been planted that are now maturing into a systematic assault on our freedoms. With a horrendous financial and currency crisis both upon us and looming into the future as far as the eye can see, it has become quite apparent that national debt is unsustainable, liberty is threatened, and the people’s anger and fears are growing. Most importantly, it is now clear that government promises and panaceas are worthless. Government has once again failed and the demand for change is growing louder by the day. Just witness the dramatic back-and-forth swings of the parties in power.

The only thing that the promises of government did was to delude the people into a false sense of security. Complacency and mistrust generated a tremendous moral hazard, causing dangerous behavior by a large number of people. Self-reliance and individual responsibility were replaced by organized thugs who weaseled their way into achieving control over the process whereby the looted wealth of the country was distributed.

The choice we now face: further steps toward authoritarianism or a renewed effort in promoting the cause of liberty. There is no third option. This course must incorporate a modern and more sophisticated understanding of the magnificence of the market economy, especially the moral and practical urgency of monetary reform. The abysmal shortcomings of a government power that undermines the creative genius of free minds and private property must be fully understood.

This conflict between government and liberty, brought to a boiling point by the world’s biggest bankruptcy in history, has generated the angry protests that have spontaneously broken out around the country—and the world. The producers are rebelling and the recipients of largess are angry and restless.

The crisis demands an intellectual revolution. Fortunately, this revolution is under way, and if one earnestly looks for it, it can be found. Participation in it is open to everyone. Not only have our ideas of liberty developed over centuries, they are currently being eagerly debated, and a modern, advanced understanding of the concept is on the horizon. The Revolution is alive and well.

The goal is liberty. The results of liberty are all the things we love, none of which can be finally provided by government. We must have the opportunity to provide them for ourselves, as individuals, as families, as a society, and as a country.

[This is excerpted from the introduction of Ron Paul's Liberty Defined: 50 Essential Issues that Affect Our Freedom.]