Liberty and the Great Libertarians 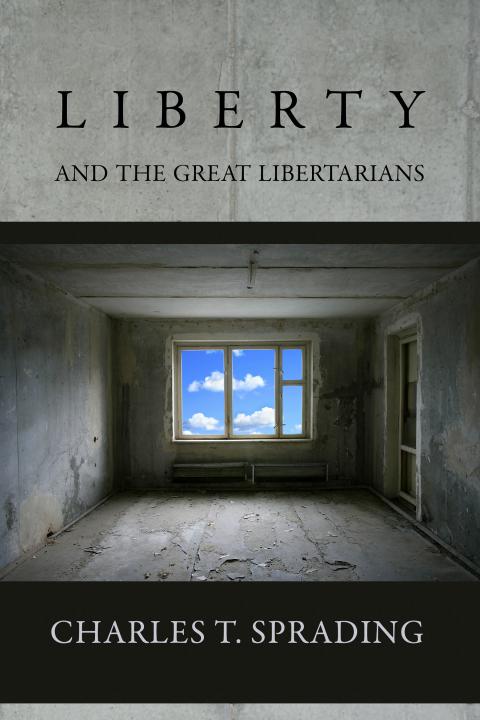 Liberty and the Great Libertarians_2.pdf

Liberty and the Great Libertarians_2.pdf

In 1913, Charles T. Sprading (1871-1959) wrote a book of remarkable prescience that anticipated the systematic development of an American libertarian tradition. He called it Liberty and the Great Libertarians. What he provided was a biography and intellectual analysis of some thirty great thinkers. Most valuable is his extraordinary job of editing. He chooses the best and most enlightening of their writings and brings them to life.

Now, not all of these people would be considered libertarians by the modern understanding. Some even called themselves socialists, as absurd as that may sound to us today. But they all exhibited in their writings a deep and abiding attachment to the idea of human liberty. They agree in the primacy of the individual. They agreed that the greatest threat to individual rights is the state. And they believed in fighting for these rights. They believed in the freedom of assembly, freedom of press, freedom of religion, freedom to think and act. They hated war and social control. They rejected every form of authoritarianism, and, in all these areas, they made huge contributions.

As Sprading says in his introduction:

The greatest violator of the principle of equal liberty is the State. Its functions are to control, to rule, to dictate, to regulate, and in exercising these functions it interferes with and injures individuals who have done no wrong. The objection to government is, not that it controls those who invade the liberty of others, but that it controls the non-invader. It may be necessary to govern one who will not govern himself, but that in no wise justifies governing one who is capable of and willing to govern himself. To argue that because some need restraint all must be restrained is neither consistent nor logical.

The introduction alone is extraordinary, given the times. On war he writes: "How is war to be abolished? By going to war? Is bloodshed to be stopped by the shedding of blood? No; the way to stop war is to stop going to war; stop supporting it and it will fall, just as slavery did, just as the Inquisition did. The end of war is in sight; there will be no more world wars. The laboring-man, who has always done the fighting, is losing his patriotism; he is beginning to realize that he has no country or much of anything else to fight for, and is beginning to decline the honor of being killed for the glory and profits of the few. Those who profit by war, those who own the country, will not fight for it; that is, they are not patriotic if it is necessary for them to do the killing or to be killed in war. In all the wars of history there are very few instances of the rich meeting their death on the battlefield."

It remains the best chronicle of libertarian thought ever put together, which is why Murray Rothbard chose this book as one of his favorites.

Liberty and the Great Libertarians

In 1913, Charles T. Sprading this book of remarkable prescience that anticipated the systematic development of an...