GET NEWS AND ARTICLES IN YOUR INBOXPrint
A
A
Home | Mises Library | Leftism: From de Sade and Marx to Hitler and Marcuse

Leftism: From de Sade and Marx to Hitler and Marcuse 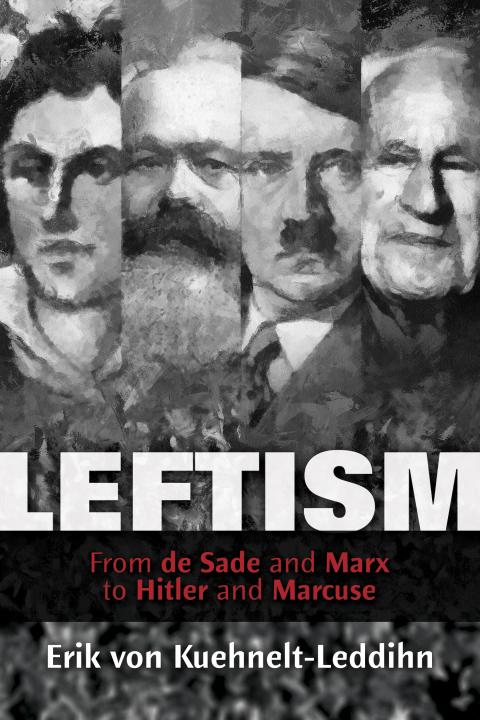 Leftism From de Sade and Marx to Hitler and Marcuse.pdf

Leftism From de Sade and Marx to Hitler and Marcuse.pdf

Leftism From de Sade and Marx to Hitler and Marcuse.epub

Leftism From de Sade and Marx to Hitler and Marcuse.epub

Erik von Kuehnelt-Leddihn gives us in Leftism a remarkable defense of classical liberal and libertarian thought, based on his enormous learning in the twenty languages he could read. Kuehnelt-Leddihn, an Austrian aristocrat, became in his long career after World War I a historian and world traveler. His lectures often brought him to the United States, and he spoke several times at the Mises Institute. He and Mises were friends, and he praised Hans-Hermann Hoppe as a “brilliant thinker.”

Like Hans Hoppe, Kuehnelt-Leddihn saw a fundamental opposition between democracy and liberty. The Left seeks to eradicate all distinctions, and to do so it must suppress liberty. Democracy is not liberty’s friend, but rather its enemy, because it opposes efforts by individuals to set themselves above the masses.  The Left does not wish its dogmas to be examined critically, and it is hardly a surprise that many mainstream liberal publishers rejected Leftism. Fortunately, Arlington House was never afraid to swim against the current, and the book gained a wide and appreciative audience on its appearance in 1974. The book’s editor at Arlington House was none other than Lew Rockwell, the founder of the Mises Institute.

From this perspective, Kuehnelt-Leddihn conducts us through the history of the West. He stresses the rejection of democracy by Plato and Aristotle and finds in the Roman Catholic Church of the Middle Ages and the Baroque a libertarian impulse. With the Hussites and Martin Luther, by contrast, he has little sympathy

For him, the French Revolution with its “frightful atrocities” lies at origin of modern totalitarianism, and he brings against it a devastating indictment. He contrasts this with the American Revolution, which decidedly did not create a democratic regime. For him, America is a republic, not a democracy.

The plans of Woodrow Wilson during and after World War I to spread democracy throughout the world were for Kuehnelt-Leddihn the height of folly. The old monarchical civilization of Europe was destroyed, and he in particular mourns the fate of the Austro-Hungarian Empire. Kuehnelt-Leddihn excoriates the Czech nationalist Eduard Beneš for his virulent propaganda and subversive activities against the Habsburgs; the breakup of Austria-Hungary, he holds, led directly to the rise of Hitler.

Fascism and National Socialism are often seen as rightist movements, but Kuehnelt-Leddihn dissents. In their emphasis on mass mobilization and their opposition to individualism, they belong to the Left.

Kuehnelt-Leddihn is a resolute revisionist, and he shows how the inept and deluded policies of Roosevelt and Churchill  during World War II promoted the interests of World Communism. He concludes the book with a shrewd analysis of the New Left. Kuehnelt-Leddihn agrees with Kierkegaard that “personality is aristocratic,’ and readers of this long and learned book will find it difficult to disagree.

Erik von Kuehnelt-Leddihn (1909-1999) was an Austrian nobleman and socio-political theorist who described himself as an enemy of all forms of totalitarianism and as an "extreme conservative arch-liberal" or "liberal of the extreme right." Described as "A Walking Book of Knowledge," Kuehnelt-Leddihn had an encyclopedic knowledge of the humanities and was a polyglot, able to speak eight languages and read seventeen others.

Erik von Kuehnelt-Leddihn (1909-1999) was an Austrian nobleman and socio-political theorist who described himself as an enemy of all...

From The Myth of National Defense: Essays on the Theory and History of Security Production , edited by Hans...