Humans Are Hard-Wired to Value Some People over Others 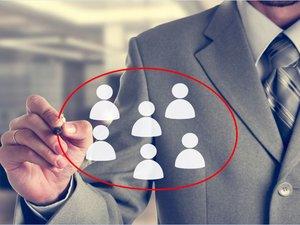 One of the most persistent — and fallacious — argument against the libertarian or laissez-faire position is that libertarianism is an “atomistic” and “selfish” philosophy that denies the obvious truth that human beings are a “social species” who long for a strong sense of community.

Perhaps David Masciotra’s semi-coherent rant best illustrates this line of thinking as libertarianism is a political program that “eliminates empathy” and “denies the collective.” That it is in “Opposition to any conception of the public interest and common good, and the consistent rejection of any opportunity to organize communities in the interest of solidarity” and is nothing but a “… rejection of all rules and regulations, and the belief that everyone should have the ability to do whatever they want.” To sum up, “It is infantile naïveté.”

Most good straw men are as self-evidently true as they are irrelevant. While it may be true that some libertarians want so much to be left alone that they would prefer to be left alone by not just the government but, well, everyone. The vast majority of people — including libertarians — understand quite well that human beings are a social and communitarian species. Libertarians simply believe human beings can self-organize and that it should be left to the individual which communities he or she will join and on what terms.

While a deontological argument could pretty much end there, critics will once again point to the scientific fact that human beings are a social animal and that a “selfish” value system at odds with our nature is a utopian (or maybe dystopian) fantasy.

While libertarians focus on the primacy of the individual, that focus does not in any way necessitate atomism. The plethora of libertarian gatherings and meet-ups should prove that by itself. Nor does it infer selfishness (although Ayn Rand — who explicitly denounced libertarianism, but is often associated with libertarianism — might argue this point). Selfishness and altruism are not mutually exclusive. As the psychologist Robert Wright describes, “Love … makes us want to further the happiness of others; it makes us give up a little so that others (the loved ones) may have a lot. More than that: love actually makes this sacrifice feel good.”1 The famous self-help guru Dale Carnegie made the same observation,

People can be selfless, sure, but they do so in a selfish way.

Not All Human Relationships Are the Same

This goes beyond a simple misunderstanding of libertarian theory, though. These critics, usually from the Left, have confused the science on human empathy and altruism. In fact, libertarianism is probably the only philosophical framework that can rectify human nature with the modern world in a peaceful way. The mistake stems from attempts to universalize humanity’s natural social instincts. This can be illustrated by an interview Steven Pinker discusses between Zach De La Rocha and Noam Chomsky,

[De La Rocha]: Another unquestionable idea is that people are naturally competitive, and that therefore, capitalism is the only proper way to organize society. Do you agree?

Chomsky: Look around you. In a family for example, if the parents are hungry do they steal food from the children? They would if they were competitive. In most social groupings that are even semi-sane people support each other and are sympathetic and helpful and care about other people and so on. Those are normal human emotions. It takes plenty of training to drive those feelings out of people’s heads, and they show up all over the place.3

Chomsky’s mistake is so self-evidently ridiculous it almost beggars belief. He is effectively drawing an equivalence between someone’s own children and some guy that person has never met on the other side of the planet. Does it really take “plenty of training” for someone to care more about their own children than strangers? As Steven Pinker notes,

Unless people treat other members of society the way they treat their own children, the answer is a non-sequitur: people could care deeply about the children but feel differently about the millions of other people who make up society. The very framing of the question and answer assumes that humans are competitive or sympathetic across the board, rather than having different emotions toward people with whom they have different genetic relationships.4

Indeed, Adam Smith noticed this very thing back in the eighteenth century when he wrote,

Let us suppose that the great empire of China, with all its myriads of inhabitants, was suddenly swallowed up by an earthquake, and let us consider how a man of humanity in Europe, who had no sort of connexion with that part of the world, would be affected upon receiving intelligence of this dreadful calamity. He would, I imagine, first of all, express very strongly his sorrow for the misfortune of that unhappy people, he would make many melancholy reflections upon the precariousness of human life, and the vanity of all labours of man, which could thus be annihilated in a moment. He would too, perhaps, if he was a man of speculation, enter into many reasonings concerning the effects which this disaster might produce upon the commerce of Europe, and the trade and business of the world in general. And when all this fine philosophy was over, when all the humane sentiments had been once fairly expressed, he would pursue his business, take his repose or his diversion, with the same ease and tranquility, as if no such accident had happened. The most frivolous disaster which could befall him would occasion a more real disturbance. If he was to lose his little finger to-morrow, he would not sleep to-night; but, provided he never saw them, he will snore with the most profound security over the ruin of a hundred millions of his brethren, and the destruction of that immense multitude seems plainly an object less interesting to him, than this paltry misfortune of his own.5

While we were all shocked and saddened by the tsunami in Indonesia in 2004, the earthquake in Haiti 2010, the tsunami and subsequent nuclear meltdown in Japan in 2011 as well as every other such tragedy, how many people do you know that actually lost any sleep over it?

Scientists explain this selective empathy through either kin selection for family (they share our genes) or reciprocal altruism, which develops friendships; both of which are lacking to strangers and even most acquaintances. So while tragedy abroad comes off to most as an unfortunate curiosity, we have all seen, and likely know, of people taking extreme risks or making huge sacrifices to help people they know, love and care about. Siblings will donate kidneys or part of their liver to each other; parents will take absurd risks to save their children and the like. Yes, strangers can do these things too sometimes. Occasionally there will even be an anonymous kidney donation from a living donor, but it’s quite rare. Indeed, the usual activism expressed at the suffering of strangers is to press the retweet button or to join some group that furthers one’s own self-identity.

The Limits of Human Relationships

This would further explain why the pop stars and movie stars are elevated so high in technological societies. It’s not like the average pop star is thousands of times more talented than those that “didn’t make it.” Indeed, the exact same song that makes it to the top of the charts would usually be lost in obscurity if released by a “no name” artist. And we know this without any doubt because the same few people who write pop songs do so for many different pop stars. What happens is that individuals can only keep track of so many different people at once and thereby pick only a select few artists to care about. People associate music or movies they like with that celebrity and despite not knowing the person personally, that celebrity basically becomes a one-way “friend” of sorts.

Much of this may seem quite obvious, but it underlies the fact the human beings are neither purely competitive nor purely cooperative. Even within competitive institutions, there is a substantial amount of cooperation. Other than commission-based industries, virtually all companies rely first and foremost on internal cooperation to fulfill a competitive aim. Businesses even have to cooperate with each other, for example, when it comes to outsourced vendors and suppliers. The term “Co-opertition” has even been coined to describe this phenomenon.

As noted above, the mistake the Left makes when criticizing libertarianism is to mistake humanity’s cooperative instincts as universal. There’s something called Dunbar’s number that notes that human beings can only comfortably maintain approximately 150 stable relationships. There has been some bickering amongst various psychologists about whether the number is actually 100 or 250 or thereabout, but there is basic unanimity that the general thesis is true.

Malcolm Gladwell described in his book The Tipping Point that the company W.L. Gore and Associates discovered by trial and error that social problems started occurring in any building that housed more than 150 people and thus reorganized to avoid such problems. Many other companies have started doing the same. Indeed, most groups, from social clubs to military units and the like tend to cluster around this number or even smaller. Even studies on social media have found that Dunbar’s number holds true. Yes, you may have more than 150 Facebook friends, but how many of those are really, truly friends?

A study in Nature looked at how people played the prisoner’s dilemma (a game that rewards cooperation, but only if all parties cooperate). As Christopher Allen describes, they created,

100 independent simulations with group sizes ranging from 2 to 512, and then [executed] each simulation 1,000 to 2,000 times. Each generation of the "players" was allowed to evolve different strategies of cooperation vs defection, the classic successful strategy being Tit for Tat. They would then evaluate the percentage of players who had cooperative strategies.

If punishment of defections was ruled out, they discovered that over the 1,000+ generations of the simulation that the rate of cooperation quickly crashes, such that at the group size of 8 a little over 50% cooperation evolved, and for groups that are larger than 16 none cooperate.

Indeed, the evidence even indicates that this general phenomenon is true across all primates. As Robin Dunbar, Louise Barrett, and John Lycett note,

… a series of studies … showed that relative neocortex volume correlates with various measures of social complexity across primates … [and] Humans fit this primate relationship between group size and neocortex size surprisingly well.6

For most monkeys and apes, their “Dunbar’s number” for group size falls between five and 50.

So while human beings are not naturally atomistic, group cohesion, and cooperation are not univeralizable as many on the Left believe (or at least, want to believe). Of course we should treat everyone we come across — be it family, friend, or stranger with decency and respect. But, if naturally-cohesive human groups are small, as the scientific evidence clearly shows, then what sort of societal arrangement would best suit our species in the complex, modern would our minds are clearly not designed for? One governed by a massive state apparatus, or one of more localized, federated communities?

In Defense of Landlords

Although it may seem as if landlord simply collect money from tenants without working, nothing could be further from...