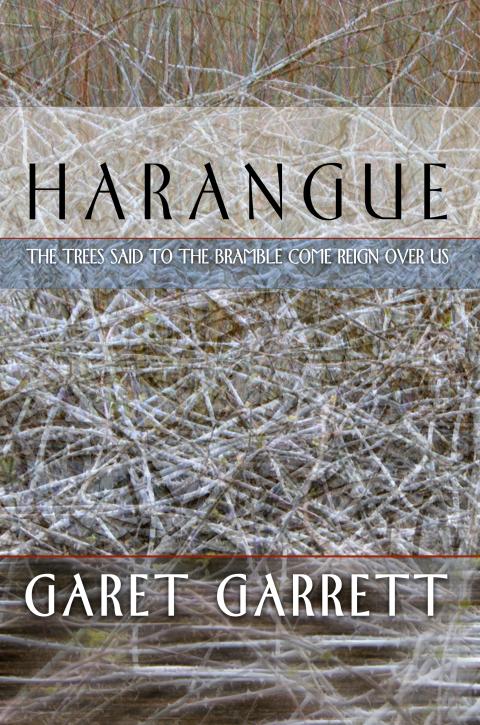 The Trees Said to the Bramble Come Reign Over Us

Garet Garrett wrote one last, and truly spectacular, novel called Harangue (The Trees Said to the Bramble Come Reign Over Us). The words are from the Bible (Judges 9:15, and the metaphor here refers to the strange penchant of the rich to fund socialism that kills the rich and consumes wealth.

Garrett illustrates the strange tendency in a story of politics, economic folly, conspiracy, ideology, and violence. Published in 1926, it deals directly with the real-life attempt to create a Workers Paradise in the United States, in North Dakota from 1918 to 1921.

The plot pits two socialist movements against each other in a battle for control. The I.W.W. was the American movement of Reds – socialist-'anarchists' who believed the violent strike would usher in utopia. Meanwhile, the Non-Partisan League was the American movement of pinks, the social democrats who wanted full socialism but with liberties (so long as they could be tolerated). They joined together to lay siege to the governor's office, and then nationalized the mills and the banks. They raised taxes, nationalized insurance and did a thousand other dangerous things that sank the economy and led to the recall of the governor.

The whole experience ended in calamity, of course, a fact that won't surprise anyone who understands the failure of socialist economies. In 1926, however, few understood in detail why socialism couldn't work. It wasn't until 1920 that Ludwig von Mises explained precisely why socialism cannot work: it crushes the pricing signals that are the main data that make economic calculation and therefore rationality possible.

The setting for this novel, then, is dramatic and the story wonderfully fertile for economic insight. Garrett details what happens to an economy when central planners are in charge, with a special focus on pricing problems and production decisions. He explains what happens when a bank no longer deals with the problem of risk.

But what is especially interesting is his treatment of the sociology of the rich. Garrett has an enormously insightful take on what turns the rich into supporters of the Reds.

In the story, Jael Saint-Leon is the daughter of a highly successful Wall Street trader, who dies when she is only 16. She is suddenly a mega-millionaire and internationally famous - and loathed for failing to give all her money away or discussing it with anyone. She tries her best to pretend to be bourgeois but eventually she realizes that this is impossible. So like others of her class and wealth, she turns rather to the difficult task of distinguishing herself.

In the precapitalistic age, the rich were distinguished for what they owned. But in the capitalistic age, this is hardly possible, since most of what the rich acquire becomes available to the middle class in a matter of time. So the super rich look elsewhere: to exotica in art, architecture, music, and, finally, ideology. Radical socialist theory is something the super rich can purchase and support that the middle class will not – and this is precisely what is so attractive about it.

Jael Saint-Leon becomes the great benefactor of the communist cause. But what is especially striking is to follow her psychology, not only during her Red phase but also following. She began to read about the history of socialist experiments.

"She turned to the literature of these experiments and was surprised at the extent of it. She read the fascinating history of Brook Farm, also that of the Oneida Community. In an obvious sense every such experiment had failed. That is, not one of them endured."

And so does she abandon socialism? "No matter," she thinks. "In a spiritual sense they had not failed. The mistake was to suppose they might succeed materially. That was neither their point nor their meaning." She turns from communism to environmentalism, setting up a collective, live-off-the-land, love-the-earth community.

Keep in mind that this novel, which closely tracks the real experience, was written in 1926! It surely must rank among the most prophetic novels of the 20th century. It certainly deserves to be ranked among Garrett's great works, not only for telling the history as it really happened but for imparting great socioeconomic lessons in the process.