GET NEWS AND ARTICLES IN YOUR INBOXPrint
A
A
Home | Mises Library | In Greece, Reliance on Public Funds Is the Central Problem

In Greece, Reliance on Public Funds Is the Central Problem 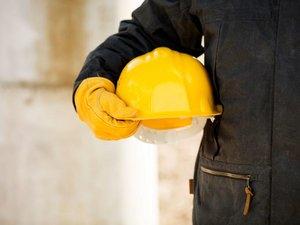 Greece is a hot topic at the moment, mostly with the continued negotiations over bailouts from the European Union and, through institutions like the IMF, the world at large. Much of the discussion paints the image that Greece is only a debt-restructuring away from a stable economic situation. However, without understanding how Greece got into this problem in the first place and identifying the root cause of an over-indebted society, any plan or solution has a high probability of failure. To crack into this root cause, I had to develop an entirely new metric called “implied public reliance.”

The main puzzle behind Greece is simple from a praxeological standpoint — you get more of what you subsidize and less of what you tax. Greece, being a nation with a high tax rate on production and a high subsidy rate on public assistance, will generate a population that finds greater preference toward public assistance and away from productive labor.

The problem with this is that the data doesn’t, on the surface, support the statement. Calculating the average annual hours worked, Greece actually ranks far ahead of nations with lower public sector subsidies and lower taxes:

If it were true that higher taxes dissuaded labor, then Greece shouldn’t report higher worker hours than much lower tax burden nations like the United States and Canada. This indicator would also identify Germany as the European Union’s economic basket case, not its economic powerhouse. Even nations like Spain and Portugal, which have a negative stereotype for sloth, both come ahead of Germany, but are suffering economically.

The problem is these numbers only applied to those who were actively employed and did not provide us a picture of the overall employment situation. Even other indicators, like workforce participation rates, don’t fully paint the picture. What is needed is a new metric that effectively identifies the core of a nation’s potential growth and prosperity.

Someone Has to Pay for All the “Free” Stuff

This is where a look at “implied public reliance” comes in. Ultimately, in a modern nation, all citizenry is provided with the necessities of life in some form or another. Mass starvation, homelessness and sickness is not generally present in modern nations, so virtually every citizen receives food, medicine, and housing from somewhere.

So, we must look to find the source of those resources, and it is, by and large, the active employees of any given nation that are tapped to provide the resources for all other individuals not engaged in overt economically productive activities. In every modern country, these resources are primarily delivered through the public bureaucracy and funded with taxation on existing workers.

How to Find Who’s Paying

First, we must identify a nation’s currently employed population. Next, all public sector employees are removed to obtain an adjusted productive workforce. It may be objectionable that certain professions, like teaching, nurses in single payer systems and fire fighters, are classified as an unproductive workforce, but as our system is currently designed, the salaries of these individuals are not covered by the immediate beneficiaries like any other business but are paid through dispersed taxation methods.

Finally, this productive population is divided into the nation’s total population to identify the total number of individuals a worker is expected to support in his country. To remove bias toward non-working spouses and children, the average household size is subtracted from this result to get the final number of individuals that an individual must support that are not part of their own voluntary household. In other words, how many total strangers is this individual providing for?

Greece, the nation with the debt problem, is currently expecting each employed person to support 6.1 other people above and beyond their own families. This explains much of the pressure to work long hours and also explains the unstable debt loads. Since a single Greek worker can’t possibly hope to support what amounts to a complete baseball team on a single salary, the difference is covered by Greek public debt, debt that the underlying social system cannot hope to repay as the incentives are to maintain the current system of subsidies. To demonstrate how difficult it is to change these systems within a democratic society, we just have to look at the percentage of the population that is reliant on public subsidy.

The numbers imply that 67 percent of the population of Greece is wholly reliant on the Greek government to provide their incomes. With such a commanding supermajority, changing this system with the democratic process is impossible as the 67 percent have strong incentives to continue to vote for the other 33 percent — and also foreign entities — to cover their living expenses.

How does this equate to GDP growth? While GDP is not a perfect metric, it is still the best available to identify economic health. Each nation that has breached the 50 percent barrier in public reliance is also showing poor growth with numerous nations coming dangerously close to the majority in some form of reliance on redistribution for earnings.

What does this tell us? A nation that allows its citizenry to remain idle and expect the support of a productive worker will eventually undermine its ability to maintain the economy that those recipients of public funds rely on. Nations that do not have a structure to dissuade usage of public assistance or hire too many public sector workers will find their economic growth impeded and, if it becomes too large, recessive.

However, public institutions are not capable of creating these safeguards to ensure as few people as possible engage in safety net programs. Government institutions are, in fact, designed to grow public sector employment rolls. So as long as this social structure is in place, the odds that a Greek default and restructuring will lead to a sustained Greek recovery are very low.