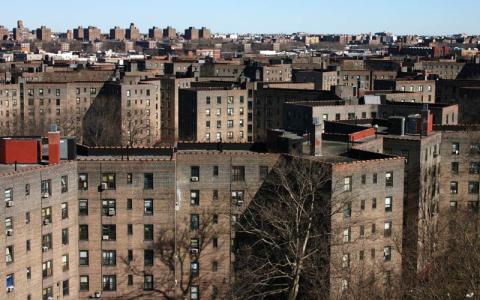 Austrian utility and welfare theory [pdf] observes that all transactions in a free market economy take place only when both parties believe they will be happier as a result of an exchange. People act in ways that maximize their personal well being, subjectively understood. In contrast, in centralized economies the only way the state can enforce its economic decisions is through the threat of force for noncompliance, or fear.

We might say that capitalism is a happiness-based system where as communism (and all forms of interventionism) are fear-based systems.

This is a great idea in theory, but is there any way to validate its truth in practice?

According to the Index of Economic Freedom,1 here are the 20 countries with the least economic freedom:

These are not typically countries that people want to move to. In fact, in a number of them it is against the law to leave the country.

Net migration statistics confirm that these countries have a migration outflow of minus 1.12 per thousand.2 In other words, every year these countries see 1.12 more people moving to another country per 1,000 in population than people from another country moving in. Clearly, this represents overall dissatisfaction with life in that country (especially since these numbers would be higher if it weren't illegal to leave).

On the opposite end of the spectrum, the 20 most economically free countries in the world are:

Not surprisingly based on our thesis, these countries are much more desirable to live in and have a positive net migration inflow of 3.81 per thousand. And unlike those countries with extremely centralized economies where it was illegal to leave, in most of the economically free countries there are limits on immigrants allowed to move in due to overly high demand. If the restrictions weren't there on either side we would see an even bigger difference in net migration.

So our theory is holding: the most extreme centrally managed economies see either a net outflow of their population (or make it against the law to leave), while the most economically free countries see a strong net inflow of people from other countries.

This principle holds true not just for the extremes. Of the 154 countries that are ranked by the Index of Economic Freedom, comparing the top 77 with the bottom 77 you also see that the top half (more economically free) has an average positive net migration inflow of 0.83 per thousand, while the bottom half (less economically free) has an average negative net migration of minus 0.57 per thousand.

Migration patterns of people around the world clearly show that people consistently move from centrally-managed economies to free-market economies (and in fact the results of the analysis are statistically significant, with a P value of 0.0220).

Now, some may advance the argument that only rich countries can afford to be economically free, and thus it's normal to see migration from poorer countries to richer countries. This ignores the fact that rich countries are rich precisely because of their economic policies.

Here are the 22 "first-world" countries of Western Europe, Australia, New Zealand, the United States and Canada, ranked by order of most economically free:

These countries are among the most free-market-based in the world, including 7 of the top 10. Even the three least economically free of this select group (Portugal, France and Greece, ranking at 37, 44 and 59, respectively) are well above average in their free-market orientation.

If our thesis is correct, even among these we should be seeing migration from less economically free to more economically free. After all, if the spectrum analogy holds true, people will always gravitate toward the greater happiness found in more free-market economies.

Even within a country, we can see migration from more restrictive to more free market policies. In the United States, net migration is 23% greater to states that have a right-conservative governor than to states with a left-liberal governor, and in general the conservative political platform is more pro-free market.3

Even at the county level, 97 of the top 100 fastest growing counties in America voted conservative, or more free market, in the last election.4 Again, the principle holds.

By analyzing the net migration of millions of people making individual decisions every year in every country around the world, we are able to objectively validate the thesis: that on the economic spectrum ranging from centrally-managed economies all the way to decentralized free-market economic policies, people will tend to shun central planning and gravitate toward the free market. In all cases, people are happier with freer markets and repeatedly demonstrate this by their choice of where to live.

Gabriel Openshaw has a degree in International Business and is Vice President of E-Commerce for a national retailer. He holds three nationalities and has explored over 100 countries on all seven continents.