GET NEWS AND ARTICLES IN YOUR INBOXPrint
A
A
Home | Mises Library | Ex America: The 50th Anniversary of the People's Pottage 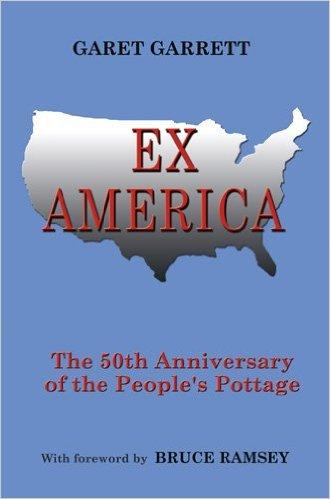 This book is the darkest of Garrett's works, but he tells the full truth about the disaster of the New Deal. It contains three eloquent and long essays: “The Revolution Was,” which explains how the revolution came to the U.S. “within the form”; “Ex-America” which attacks the heart of the New Deal, and “The Rise of Empire,” which critically links the New Deal to the drive for entering World War II as an extension of the collectivist ambitions of Roosevelt.

Here we have an illustration of the reality that the “conservative” idea did not begin with William F. Buckley, as people sometimes believe. Garet was passionate, erudite, and compelling, and he understood what the newly born American right of the mid-1950s wanted to erase from memory: the welfare and warfare states are two sides of the same stolen coin.

Murray Rothbard adored the book and tried to keep its memory alive. For it truly would have been a classic that every generation of political thinker would have read, but for the fact that it appeared in 1954, just before the New Right decided to blackout all memory of the genuine right that resisted the New Deal.