GET NEWS AND ARTICLES IN YOUR INBOXPrint
A
A
Home | Mises Library | Education: Free and Compulsory 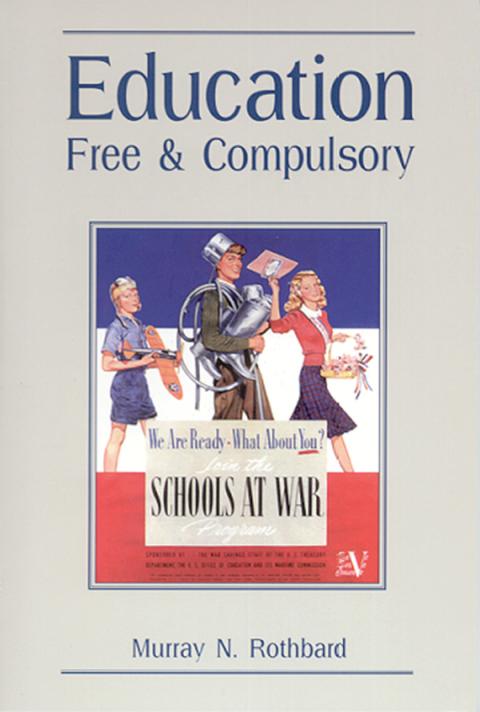 What is it about today's school system that so many find unsatisfactory? Why have generations of reformers failed to improve the educational system, and, indeed, caused it to degenerate further and further into an ever declining level of mediocrity?

In this radical and scholarly monograph, out of print for two decades and restored according to the author's original, Murray N. Rothbard identifies the crucial feature of our educational system that dooms it to fail: at every level, from financing to attendance, the system relies on compulsion instead of voluntary consent.

Certain consequences follow. The curriculum is politicized to reflect the ideological priorities of the regime in power. Standards are continually dumbed-down to accommodate the least common denominator. The brightest children are not permitted to achieve their potential, the special needs of individual children are neglected, and the mid-level learners become little more than cogs in a machine. The teachers themselves are hamstrung by a political apparatus that watches their every move.

Rothbard explores the history of compulsory schooling to show that none of this is accident. The state has long used compulsory schooling—backed by egalitarian ideology—as a means of citizen control. In contrast, a market-based system of schools would adhere to a purely voluntary ethic, financed with private funds, and administered entirely by private enterprise.

An interesting feature of this book is its promotion of individual—or home—schooling, long before the current popularity of the practice.

As Kevin Ryan of Boston University points out in the introduction, if education reform is ever to bring about fundamental change, it will have to begin with a complete rethinking of public schooling that Rothbard offers here.

Man, Economy, and State with Power and Market