The Dreary Utopia of the Socialists 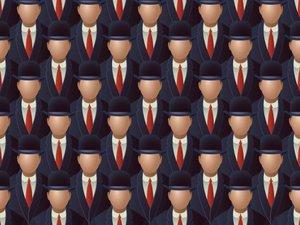 At first, one might think that arguments in political philosophy over the merits of socialism and capitalism have no importance. If by socialism one means collective ownership or control of the means of production in a large-scale economy, there is nothing to debate. Mises and Hayek showed with the socialist calculation argument that socialist planning “cannot work, even if people were motivated to make it work, because planners do not have a workable substitute for prices.” If socialism cannot work, what is the point of comparing its ethical merits with its capitalist rival? Unless we desire economic chaos, socialism must be rejected and the free market affirmed.

Mises viewed matters in exactly this way. Before his calculation argument, the most effective challenge to socialism appealed to incentives. If people were not allowed to profit from their productive endeavors but were instead subjected to egalitarian imperatives, they would lack motivation to work. Socialism was incompatible with human nature. Mises thought that socialists could answer that the limits of current human nature might be overcome. They could not respond in this way, he thought, to the calculation argument. Once we grasp that socialism is impossible, there is no further room for philosophical discussion.

Cohen recognized the force of the economic argument that socialism cannot work, though he implausibly hoped that future developments in technology might alter the situation. He did not agree, though, that this renders otiose comparison of the ethical merits of socialism and capitalism. We can ask, “If socialism is unrealizable, is this a matter for regret? Is socialism ethically better than capitalism?” Cohen says that it is, and this is what in Why Not Socialism? he endeavors to show. Cohen believes that “even if socialism were infeasible, it would remain intrinsically desirable and the best way for us to live together.”

Cohen carried out his ambitious project by telling a story. It portrays people on a camping trip, who view their excursion as a common enterprise. They share in the work of the trip according to their abilities and do not demand extra benefits because of greater talent. Equality and community are their governing values. “The principle of socialist equality of opportunity eliminates all inequalities resulting from undeserved advantages or disadvantages … the campers also abide by a socialist principle of community. The campers care about one another, and care that they care about one another.”

Not so under capitalism. Here self-interest rules: people produce for the market in order to earn a profit, and the more profit the better. The drive to accumulate, not equality and community, governs society. Cohen would apply to capitalism Wordsworth’s familiar lines: “The world is too much with us, late and soon; Getting and spending, we lay waste our powers. … We have given our hearts away, a sordid boon!”

Brennan accepts the ground on which Cohen has laid out his challenge. Ideal theory, i.e., asking what is best without regard to feasibility, is indeed relevant, and Cohen’s question is a good one that does not go away when one accepts that socialism cannot be put into practice.

Precisely in the domain of ideal theory, though, Cohen has fallen into error. He compares socialism as an ideal with actually existing capitalism. Community and equality are more valuable than greed; hence the superiority of socialism to capitalism. This will not do, counters Brennan. Ideal socialism must be compared with ideal capitalism, not actually existing capitalism. “The problem is that Cohen is not comparing like to like. … It’s not that interesting if an idealized version of one type of regime ends up being better than a non-idealized, realistic version of another type of regime.”

To bring home the force of his objection, Brennan ingeniously parodies Cohen’s argument. He constructs a capitalist utopia, which he calls the Mickey Mouse Clubhouse Village. The residents of the village pursue creative projects, which often involve the use of private productive property, as they see fit. If, as a result of these projects, some are wealthier than others, this arouses no envy. The villagers are not selfish, but devoted to one another’s welfare. If someone is in need, his neighbors will rush to his assistance. He contrasts his utopia with actually existing socialism, characterized by mass murder and brutal dictatorship. Is not capitalism far better than socialism?

This, it needs to be said, is not Brennan’s actual argument for capitalism; it is, as already mentioned, a parody. It brings out very well the flaw in Cohen’s argument; to compare an ideal system with a non-ideal system is fallacious. Ideal must be compared with ideal, and real system with its counterpart real system.

What is the result of such comparison? Brennan holds that capitalism wins on both counts: its ideal is better than the ideal of socialism; and, to descend to the real world, the issue does not admit of doubt at all.

I think that Brennan is right: his village is indeed better than Cohen’s camping trip. But why should we think so? It may be that he wants us to take it as intuitively obvious that his ideal is better. One has only to consider the two ideals carefully to see which one gains the victory. If this is his line of thought, I should certainly assent to its conclusion; though Cohen would no doubt demur.

I suspect, though, that Brennan wishes to go beyond an appeal to moral intuitions; and, if I have correctly understood what he has in mind, I am not sure he is right. He may be arguing in this way: “My utopia includes the good features of Cohen’s and other goods as well. Just as in Cohen’s camping trip, the residents of my village care about one another and value community. But to altruism, creativity is added: the residents are devoted to their individual projects and pursue them without let or hindrance. On the principle that more goods are better than fewer, so long as the goods do not interfere with each other, is not my utopia better?”

Here Cohen would likely respond that Brennan’s utopia does not include all the values he deems of supreme importance. True enough, the residents of the village are devoted to each other; but they do not insist on equality. To the contrary, they willingly accept inequality, if such be the outcome of their various creative projects. For Cohen, though, the value of creative work is subordinate to the goods of equality and community, as he makes clear in his discussion of choice of jobs in his magnum opus, Rescuing Justice and Equality. If you are really committed to equality, he thinks, you may not always be able to engage in the work you like best. Again, I much prefer Brennan’s values to Cohen’s; but the argument from inclusion does not show that Brennan is right.

I suspect, though, that Brennan would give more weight to another argument. He has been much influenced by the third part of Robert Nozick’s great work Anarchy, State, and Utopia; and like Nozick, he stresses that the free market utopia is a “‘framework’ in which many different utopias could co-exist in peace and mutual respect.” Within this framework, groups of people are free to organize as they wish, so long as they commit no rights violations. If so, then a different version of the argument from inclusion shows the superiority of Brennan’s utopia. In it, those who agree with Cohen on the place of solidarity and equality in the hierarchy of values would be free to form a community as they deem best. Those who do not accept Cohen’s values would form communities of their own, in multifarious ways. Once more, then, does not the capitalist utopia include all the goods of Cohen’s, as well as others?

But again Cohen would not be satisfied. He does not think people should be forced to accept his egalitarian values; but, if they do not, he thinks that they will have chosen wrongly. Faced with the meta-utopia of Nozick and Brennan, he would say that all those not resident in an egalitarian community should forthwith join one.

Those of us who do not share Cohen’s intuitions will of course disagree; and I think that we can go further. Is Cohen’s ideal egalitarian system better than capitalism in the actual world? The latter should be characterized not as totally driven by the desire to accumulate, as Cohen’s Marxist myth has it, but rather by a mix of motives. The question will not here be pursued, but I am convinced the answer is that it is not. Cohen’s utopia strikes me as a most unpleasant place in which to live, with people constantly looking over their shoulders, lest they surpass others in wealth; but readers must judge for themselves.

Not content with one argument against Cohen, Brennan offers another; here he follows the political theorist Sharon Krause. Why should we think that the ideal system Cohen depicts has anything to do with socialism? In socialism, the means of production are centrally owned; but this tells us nothing about the values that prevail under this arrangement. In particular, socialism must not be equated with “moral virtue or community spirit.” (Brennan’s utopia escapes a parallel observation, because in it, individuals are explicitly allowed to own productive resources.) If so, Cohen has not succeeded in showing that, from the viewpoint of ideal theory, socialism is better than capitalism. He has not compared capitalism with an alternative economic system, whether ideal or actual. If this is right, Cohen has failed to show the moral superiority of socialism to its capitalist rival; but neither has Brennan shown, by his comparison of the Mickey Mouse Clubhouse Village to Cohen’s camping trip, that ideal capitalism is better than ideal socialism. Brennan has described an ideal capitalist system, but it has not been compared to a socialist alternative. On this construal, Brennan’s portrayal of the village is best taken as a challenge to practitioners of socialist ideal theory to construct an ideal that is both better than the village and recognizably socialist.

Finally, it is worth pointing out that Cohen has wrongly converted an advantage of capitalism into its prime defect. In a famous passage from The Wealth of Nations, quoted by Brennan, Adam Smith says that “It is not from the benevolence of the butcher, the brewer, or the baker, that we can expect our dinner, but from their regard to their own interest.” Smith’s point was that the free market does not depend on benevolent behavior. Altruism is a scarce resource, and the market can function well even if it is in short supply. In trying to make a profit, capitalists produce what people want. Cohen unfathomably is repelled by this, wrongly taking it to be an endorsement of greed.

Why Not Capitalism? is an outstanding contribution to political philosophy. It will delight libertarians and will instruct socialists willing to read it with an open mind, though I fear that their number will be few.