The Counter-Revolution of Science | Mises Institute
Skip to main content

The Counter-Revolution of Science 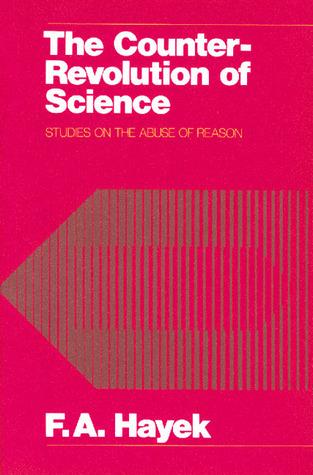 Hayek wrote The Counter-Revolution of Science in 1952, several years before Mises wrote his final methodological treatise. It was unavailable for many years, and remains long sought after – rightly so.

In fact, Mises adored this book as a wonderful examination of the dramatic change in the way we think of sciences. In particular, the change that occurred in the last 100 years had a huge impact on economics.

The problem that Hayek deals with reaches to the core of how economists think about their discipline. There was once such a thing as the human sciences of which economics was part. The goal was to discover and elucidate the exact laws that govern the interaction of people with the material world. It had its own methods and own recommendations.

Then something changed. Science became entirely positivistic in its orientation. Economics was changed from a human science into a poor cousin of the natural sciences that applied positivist methods, and to no great end, for human beings do not move about like molecules but rather engage in choices and unpredictable actions.

What Hayek does in this treatise is link the change in methodology to a change in politics. The economy and people began to be regarded as a collective entity to be examined as if whole societies should be studied as we study planets or other non-volitional beings. It then began to make mistakes, treating facts as theories and theories as contingent. And thus is the state invited in to treat society as a laboratory.

This re-definition of what constitutes science thus had a terrible and even deadly result for human well being and liberty. Science had turned from being a friend of freedom into being employed as its enemy.