Charity and Free Will 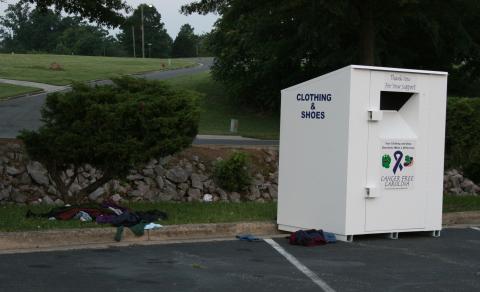 President Bush is right to recognize the fruitful role of America’s private, faith-based "armies of compassion." For many reasons, such groups are far more effective in solving social problems—poverty, homelessness, and illiteracy, to name a few—than are government programs and bureaucracies.

They treat the whole person, which means they get to the root of problems that stem from spiritual, attitudinal, and behavioral deficiencies. They demand accountability, which means they don’t simply give the needy a check every two weeks without expecting the needy to do much in return or change destructive patterns of behavior. And if they don’t produce results, they wither; the parishioners or others who voluntarily support them will put their mites elsewhere. When a government program fails to perform, its lobbyists make a case for more funding, and they usually get it.

Kids Hope USA is an innovative Christian program that matches thousands of volunteer mentors with needy or troubled children in twenty-four states. Participating public schools report that detention rates for mentored students are down by 50 percent or more and that academic skills have improved. Teen Challenge is a Christian ministry that has a drug addiction "cure rate" of 86 percent, compared to just 20 percent for comparable government rehabilitation programs.

Those are just two of literally tens of thousands of faith-based organizations, large and small, that demonstrate every day in America what management expert Peter Drucker once said of non-profit agencies in the private sector: They "spend far less for results than governments spend for failure."

In a single pithy question, John Fund of The Wall Street Journal underscored the instinctive, gut-level regard that Americans have for private aid, no matter what they may say in public: "If you had a financial windfall and wanted to help the poor, would you even think about giving time or a check to the government?" Millions of Americans give to the Red Cross and the Salvation Army; almost nobody writes checks to the welfare department.

President Bush’s initiative would "pioneer a new model of cooperation," in part through federal contracts with faith-based groups to provide a wide range of social services. The problem with it is not, as some critics argue, that it will put faith in a position to corrupt the government. All the ingredients necessary for corruption in government are already there: vast sums of other people’s money and far more power than any government should ever have.

The real problem with the president’s initiative is that government will be in a position to corrupt faith. The fact that the modern American state is relentlessly secular is one reason, but not the primary one. Resting as it does upon the compulsory tax power, government funding of any kind, by its very nature, is at odds with the very thing that makes private, faith-based programs work: impulses that are entirely voluntary and inner-motivated.

From start to finish, what private charities do is a manifestation of free will. No one is compelled to provide assistance. No one is coerced to pay for it. No one is required to accept it. All parties come together of their own, individual volition. And that’s the magic of it. The link between the giver, the provider, and the receiver is strong precisely because each knows he can walk away from it at the slightest hint of insincerity, broken promises, or poor performance. Because each party is giving of his own time or resources voluntarily, he tends to focus on the mission at hand and doesn’t get bogged down or diverted by distant or secondary agendas, like filling out the proper paperwork or currying favor with the political powers-that-be.

Most people of faith would ordinarily be the first to argue that God doesn’t need federal funds to do His work; just a change of heart will do, one heart at a time. Sadly, there are more than a few people of faith who have succumbed to temptation and are arguing that their organizations now must take advantage of the Bush proposal or else precious lives will not be turned around. That the mere offer of future funding is enough to turn some eyes to Washington that previously were aimed somewhat higher suggests a subtle corruption of faith has already begun.

The administration argues that it will scrupulously avoid any direct support of actual religious activities. It will fund the bed a homeless person sleeps in, not the Bible his Red Cross mentor reads to him. But as government and private funds flow into the same pot, it may be very hard to follow what flows out of it and for what, without a smothering paper burden to guarantee what the politicians call "accountability."

In Michigan, the Salvation Army accepts public money to supplement the private donations it collects for taking care of the homeless. In 1995, the city of Detroit imposed a twenty-five-page ordinance to make sure that shelters like those run by the Army are up to snuff. It requires, among other things, that all staffers be trained in resident complaint and grievance procedures and that all meal menus be approved by a dietitian registered with the American Dietetic Association. "Minor" diversions from the spiritual mission of the Salvation Army, but all intended "for the public good," to be sure.

Advocates for the Bush proposal argue that this administration’s people in government will not burden faith-based charities with that kind of do-gooder bureaucratic rigmarole. But its people will not always be there.

Encouraging more private giving to faith-based groups is not a bad idea. Spotlighting the good work that such groups do is always helpful. The Bush plan to allow all income-tax-filers to claim a credit for their charitable giving is probably meritorious as well, because it doesn’t route the money through Washington. But before we cross the line and have the government writing checks directly to private charities, we should ponder long and hard that we may be trading away what we now value highly for what in the end will prove to be a mess of pottage.