Capitalism and the Historians 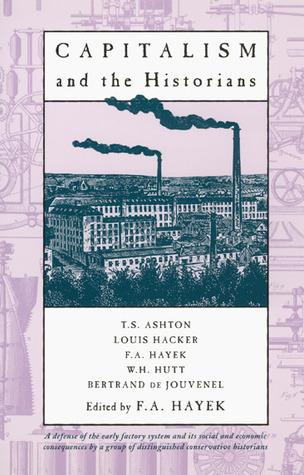 Even today, social scientists and historians continue to treat the Industrial Revolution as if it were the beginning of the end of civilization.

What the essays in this book do is show the opposite. It was in many ways the beginning of a new civilization that permitted a high standard of living for the mass of the population, and resulted in longer and healthier lives. It was not characterized by coercion and social devastation but rather increased freedom and individual choice.

Subsequent research by later scholars confirmed the analysis you will find in these pages.

T.S. Ashton picks up the argument again with a detailed account of "The Standard of Life of the Workers in England, 1790-1830," and W.H. Hutt writes the essay for which he is most famous: "The Factory System of thee Early Ninetheenth Century."