GET NEWS AND ARTICLES IN YOUR INBOXPrint
A
A
Home | Mises Library | Breaking Away: The Case for Secession, Radical Decentralization, and Small Polities

Breaking Away: The Case for Secession, Radical Decentralization, and Small Polities 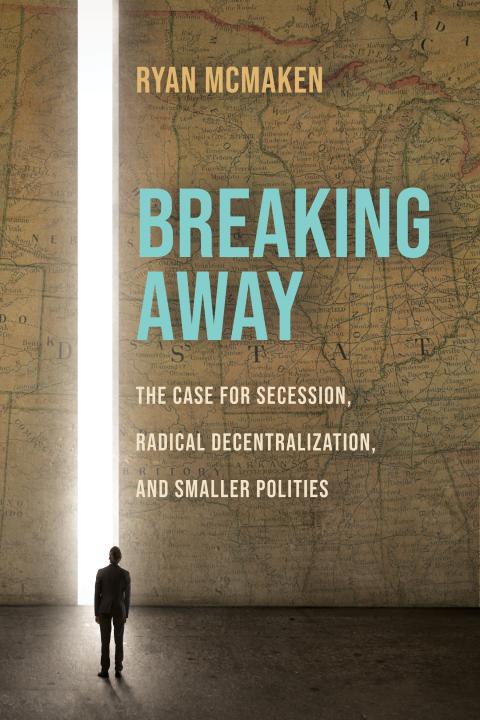 The reader will come away with a better understanding of how political decentralization continues to be relevant, useful, and important in the modern world.

Part I: Big States, Small States, and Secession
1. More Choices, More Freedom, Less Monopoly Power
2. Political Anarchy Is How the West Got Rich
3. Why Regimes Prefer Big States and Centralized Power
4. Why the Classical Liberals Wanted Decentralization
5. Secession as a Path to Self-Determination
6. Nationalism as National Liberation: Lessons from the End of the Cold War
7. A Brief History of Secession Plebiscites in Europe
8. Why the US Supports Secession for Africans, but Not for Americans
9. From Taxes to Trade, More Secession Means More Freedom
10. If California Secedes, What Happens to Locals Who Opposed Secession?
11. How Small Is Too Small?
12. When It Comes to National Defense, It’s More than Size that Matters
13. If America Splits Up, What Happens to the Nukes?

Part III: Lessons from America’s Past, and Strategies for the Future
16. How Early Americans Decentralized Military Power
17. Before Roe v. Wade, Abortion Policy was a State and Local Matter
18. When Immigration Policy Was Decentralized
19. Why Indian Tribal Sovereignty Is Important
20. Sovereignty for Cities and Counties: Decentralizing the American States

Postscript:  A Tale of Two Megastates: Why the EU Is Better (In Some Ways) than the US
Index