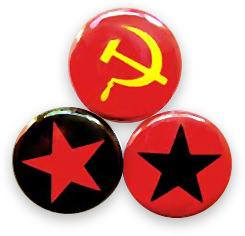 [This article is excerpted from Part V of The Anti-Capitalistic Mentality.]

In the universe there is never and nowhere stability and immobility. Change and transformation are essential features of life. Each state of affairs is transient; each age is an age of transition. In human life there is never calm and repose. Life is a process, not a perseverance in a status quo. Yet the human mind has always been deluded by the image of an unchangeable existence. The avowed aim of all utopian movements is to put an end to history and to establish a final and permanent calm.

The psychological reasons for this tendency are obvious. Every change alters the external conditions of life and well-being and forces people to adjust themselves anew to the modification of their environments. It hurts vested interests and threatens traditional ways of production and consumption. It annoys all those who are intellectually inert and shrink from revising their modes of thinking.

Conservatism is contrary to the very nature of human acting. But it has always been the cherished program of the many, of the inert who dully resist every attempt to improve their own conditions which the minority of the alert initiate. In employing the term reactionary one mostly refers only to the aristocrats and priests who called their parties conservative. Yet the outstanding examples of the reactionary spirit were provided by other groups: by the guilds of artisans blocking entrance into their field to newcomers; by the farmers asking for tariff protection, subsidies and "parity prices"; by the wager earners hostile to technological improvements and fostering featherbedding and similar practices.

The vain arrogance of the literati and Bohemian artists dismisses the activities of the businessmen as unintellectual moneymaking. The truth is that the entrepreneurs and promoters display more intellectual faculties and intuition than the average writer and painter. The inferiority of many self-styled intellectuals manifests itself precisely in the fact that they fail to recognize what capacity and reasoning power are required to operate successfully a business enterprise.

The emergence of a numerous class of such frivolous intellectuals is one of the least welcome phenomena of the age of modern capitalism. Their obtrusive stir repels discriminating people. They are a nuisance. It would not directly harm anybody if something would be done to curb their bustle or, even better, to wipe out entirely their cliques and coteries.

However, freedom is indivisible. Every attempt to restrict the freedom of the decadent troublesome literati and pseudo-artists would vest in the authorities the power to determine what is good and what is bad. It would socialize intellectual and artistic effort. It is questionable whether it would weed out the useless and objectionable persons; but it is certain that it would put insurmountable obstacles in the way of the creative genius. The powers that be do not like new ideas, new ways of thought and new styles of art. They are opposed to any kind of innovation. Their supremacy would result in strict regimentation; it would bring about stagnation and decay.

The moral corruption, the licentiousness and the intellectual sterility of a class of lewd would-be authors and artists is the ransom mankind must pay lest the creative pioneers be prevented from accomplishing their work. Freedom must be granted to all, even to base people, lest the few who can use it for the benefit of mankind be hindered. The license which the shabby characters of the quartier Latin enjoyed was one of the conditions that made possible the ascendance of a few great writers, painters and sculptors. The first thing a genius needs is to breathe free air.

After all, it is not the frivolous doctrines of the Bohemians that generate disaster, but the fact that the public is ready to accept them favorably. The response to these pseudo-philosophies on the part of the molders of public opinion and later on the part of the misguided masses is the evil. People are anxious to endorse the tenets they consider as fashionable lest they appear boorish and backward.

The most pernicious ideology of the last sixty years was George Sorel's syndicalism and his enthusiasm for the action directe. Generated by a frustrated French intellectual, it soon captivated the literati of all European countries. It was a major factor in the radicalization of all subversive movements. It influenced French royalism, militarism and anti-Semitism. It played an important role in the evolution of Russian Bolshevism, Italian Fascism and the German youth movement which finally resulted in the development of Nazism. It transformed political parties intent upon winning through electoral campaigns into factions which relied upon the organization of armed bands. It brought into discredit representative government and "bourgeois security," and preached the gospel both of civil and of foreign war. Its main slogan was: violence and again violence. The present state of European affairs is to a great extent an outcome of the prevalence of Sorel's teachings.

The intellectuals were the first to hail the ideas of Sorel: they made them popular. But the tenor of Sorelism was obviously antiintellectual. He was opposed to cool reasoning and sober deliberation. What counts for Sorel is solely the deed, viz., the act of violence for the sake of violence. Fight for a myth whatever this myth may mean, was his advice. "If you place yourself on this ground of myths, you are proof against any kind of critical refutation." 1What a marvelous philosophy, to destroy for the sake of destruction! Do not talk, do not reason, kill! Sorel rejects the "intellectual effort" even of the literary champions of revolution. The essential aim of the myth is "to prepare people to fight for the destruction of what exists." 2

Yet the blame for the spread of the destructionist pseudo-philosophy rests neither with Sorel nor with his disciples, Lenin, Mussolini and Rosenberg, nor with the hosts of irresponsible literati and artists. The catastrophe came because, for many decades, hardly anybody ventured to examine critically and to explode the trigger consciousness of the fanatical desperadoes. Even those authors who refrained from unreservedly endorsing the ideas of reckless violence were eager to find some sympathetic interpretation of the worst excesses of the dictators. The first timid objections were raised only when — very late, indeed — the intellectual abettors of these policies began to realize that even enthusiastic endorsement of the totalitarian ideology did not guarantee immunity from torture and execution.

There exists today a sham anticommunist front. What these people who call themselves "anticommunist liberals" and whom sober men more correctly call "anti-anticommunists" are aiming at is communism without those inherent and necessary features of communism which are still unpalatable to Americans. They make an illusory distinction between communism and socialism and — paradoxically enough — look for a support of their recommendation of noncommunist socialism to the document which its authors called The Communist Manifesto. They think that they have proved their case by employing such aliases for socialism as planning or the welfare state.

They pretend to reject the revolutionary and dictatorial aspirations of the "Reds" and at the same time they praise in books and magazines, in schools and universities, Karl Marx, the champion of the communist revolution and the dictatorship of the proletariat, as one of the greatest economists, philosophers and sociologists and as the eminent benefactor and liberator of mankind. They want to make us believe that untotalitarian totalitarianism, a kind of a triangular square, is the patent medicine for all ills.

Whenever they raise some mild objection to communism, they are eager to abuse capitalism in terms borrowed from the objurgatory vocabulary of Marx and Lenin. They emphasize that they abhor capitalism much more passionately than communism, and they justify all the unsavory acts of the communists by referring to the "unspeakable horrors" of capitalism. In short: they pretend to fight communism in trying to convert people to the ideas of the Communist Manifesto.

What these self-styled "anticommunist liberals" are fighting against is not communism as such, but a communist system in which they themselves are not at the helm. What they are aiming at is a socialist, i.e., communist, system in which they themselves or their most intimate friends hold the reins of government. It would perhaps be too much to say that they are burning with a desire to liquidate other people. They simply do not wish to be liquidated. In a socialist commonwealth, only the supreme autocrat and his abettors have this assurance.

An "anti-something" movement displays a purely negative attitude. It has no chance whatever to succeed. Its passionate diatribes virtually advertise the program that they attack. People must fight for something that they want to achieve, not simply reject an evil, however bad it may be. They must, without any reservations, endorse the program of the market economy.

Communism would have today, after the disillusionment brought by the deeds of the Soviets and the lamentable failure of all socialist experiments, but little chance of succeeding in the West if it were not for this faked anticommunism.

What alone can prevent the civilized nations of Western Europe, America, and Australia from being enslaved by the barbarism of Moscow is open and unrestricted support of laissez-faire capitalism.

[This article is excerpted from Part V of The Anti-Capitalistic Mentality.]